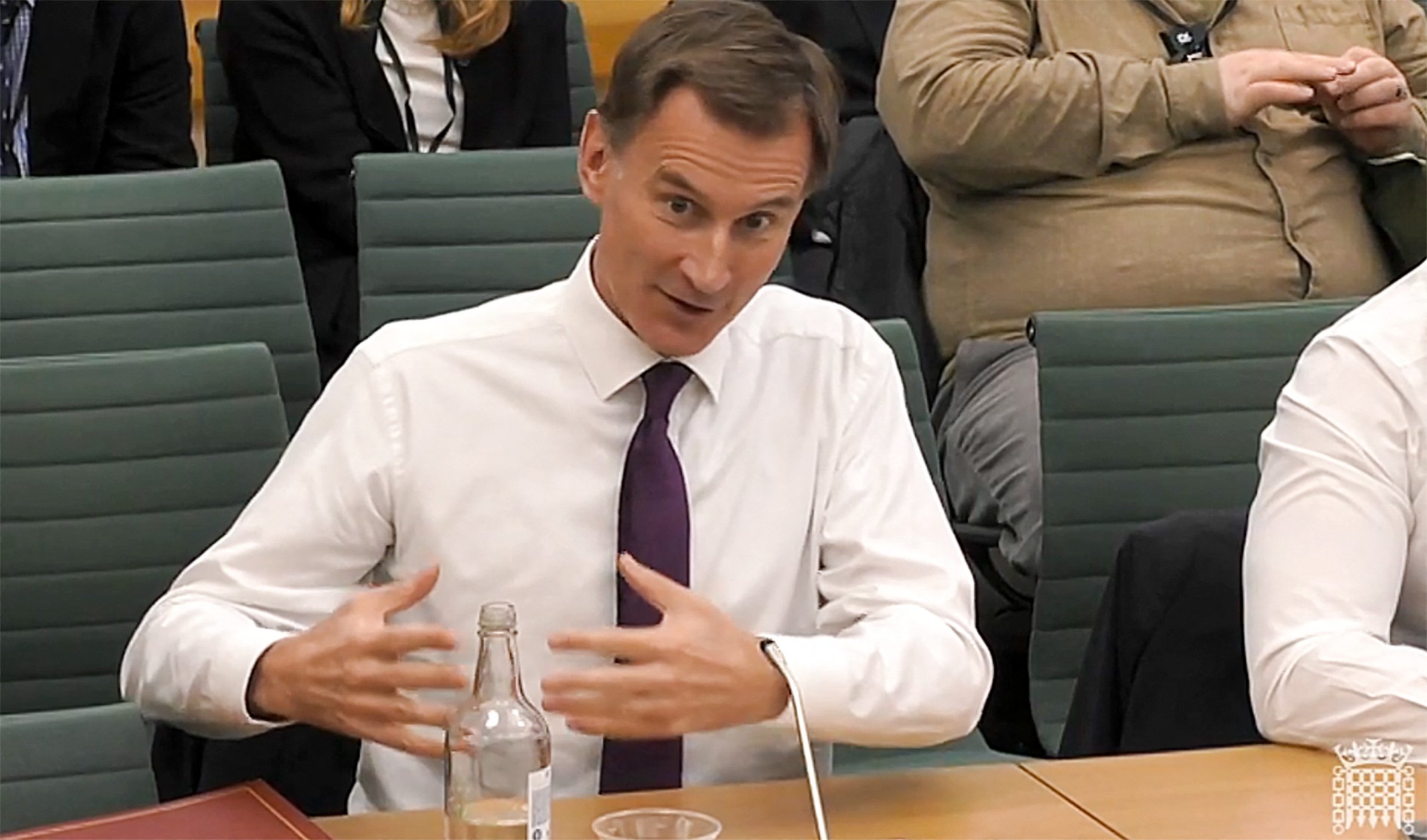 Britain and the EU could use “technology” to forge a closer trading relationship without needing to align their laws, Jeremy Hunt has claimed as he denied plans for a “Swiss-style” Brexit deal.

The Chancellor insisted that the current deal is “an excellent agreement” and insisted he was not the source of reports that the Government wants to renegotiate it.

Speaking to the Commons Treasury committee, Mr Hunt sought to play down the Brexit row which has sparked an angry backlash from the right of the Conservative Party.

He told MPs: “We support the trade and cooperation agreement, we think it is an excellent agreement that was negotiated by Boris Johnson and David Frost. We do not support, we would not contemplate, I do not support, I have never contemplated any agreement which means moving away from the TCA, that means we are not negotiating or deciding the regulations that we want as sovereign equals, paying unnecessary money to the EU or indeed compromising on freedom of movement.”

The Chancellor added: “If you are saying ‘do I believe that technology can reduce barriers to trade’, yes I do and I think that could be a very important way forward. In the context of people saying that Brexit trade barriers are the cause of our problems, my answer is I think technology will be a solution.”

Since the 2016 referendum, UK ministers have repeatedly claimed that smarter use of technology could allow frictionless trade without closer regulatory alignment – an argument thoroughly rejected by the EU.

During the evidence session, Mr Hunt also warned Britain’s transport networks are “inferior to peer countries”, saying: “We’ve got profound difficulties in the way we implement large infrastructure projects, and that’s something we have to come back to as a country.” He suggested boosting growth by attracting innovative tech companies, which he said was “a huge Brexit opportunity”.

He was pressed on why he had not closed the “non-dom” tax loophole which allows some wealthy UK residents to avoid paying tax on all their income, and claimed that changing the law could result in a smaller tax take because of the risk non-doms would leave the country. The Chancellor said: “I’ve asked for that to be looked at… I understand that non-doms pay in tax, all the taxes that they do pay, around £8bn of tax a year. So I want to make sure that wealthy foreigners pay as much tax in this country as possible.”

And he insisted it was right to end state support for energy bills from spring 2024 – warning households would have to “reduce their energy consumption” in order to limit their costs from that point.