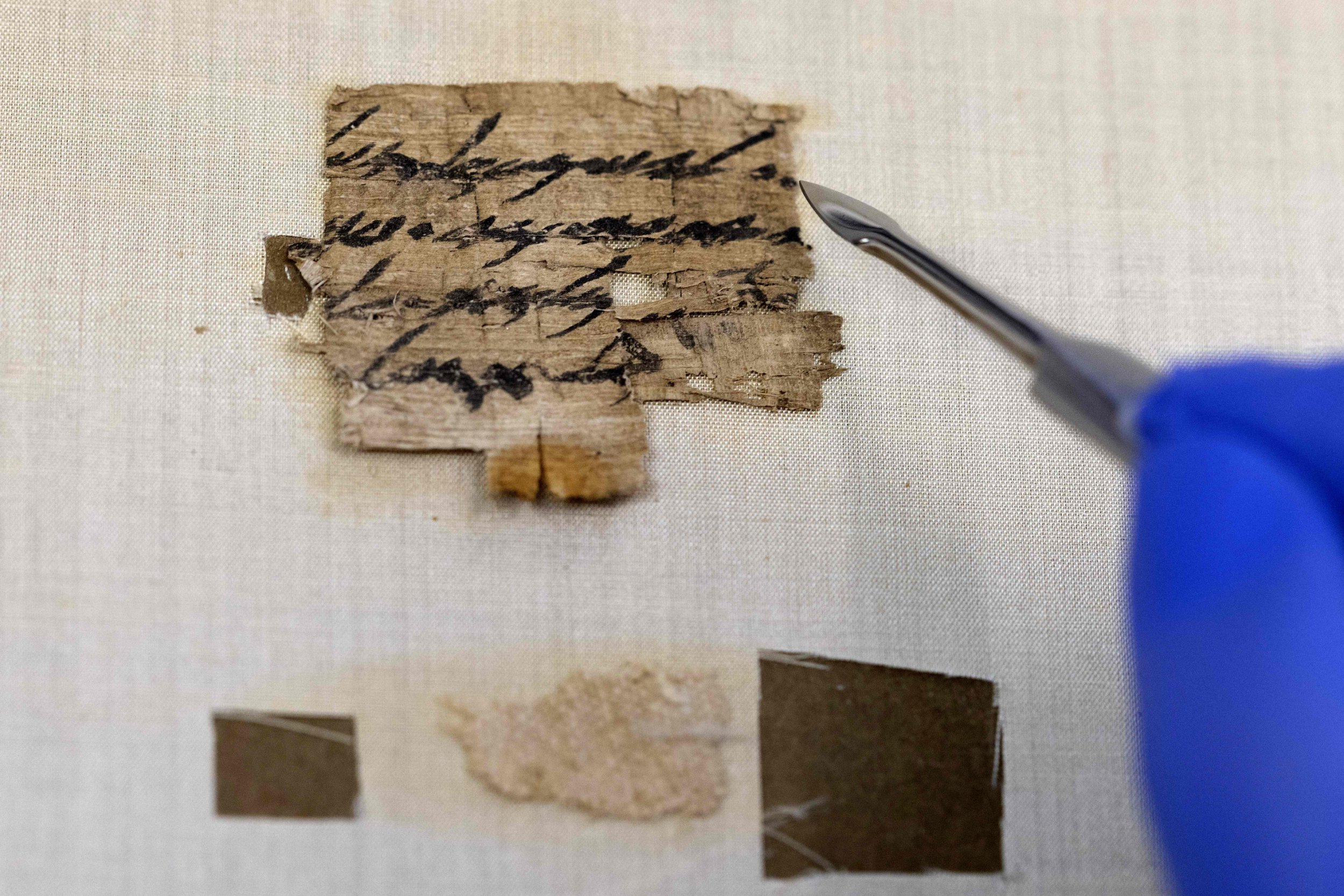 The most famous collection of books the world has ever seen was the great library of Alexandria.

It was the end result of a couple of colossal global ambitions: Alexander the Great set out to conquer the entire world; his lieutenant Ptolemy gained Egypt to rule over and decided to set up a library which would house a copy of every book on Earth. “It might have been the last and only time,” writes Irene Vallejo, “that the dream of gathering all the books in the world could become a reality.”

If the title of Vallejo’s book is off-putting, evoking a dull tome about an obscure plant, do not be deterred. Papyrus is packed with fascinating insights into literacy in the ancient world. Back then books came in cylindrical form – papyrus is a reed that grows around the Nile, and it was used to make sheets of writing material which were rolled up and stored in scrolls.

Ptolemy despatched buyers overseas to purchase scrolls for the great library wherever they could find them. He established a dynasty which lasted ten generations and ended with Cleopatra. Mark Antony wooed her with a gift of 200,000 scrolls. “In Alexandria,” Vallejo notes, “books served as fuel for passion.”

Ironically, it was the Romans who precipitated the great library’s end. Legend tells of an enormous fire, but in reality, while military action by Julius Caesar probably incinerated part of the collection, its demise was less dramatic. After the Romans annexed Egypt, the library declined gradually, in tandem with the Roman Empire itself.

Vallejo points out, however, that its demise was not necessarily the enormous tragedy so often portrayed. Many prized texts had previously been copied and widely disseminated. Homer’s works, for example, had already been in circulation for many generations – and remain so to this day. Sadly, one massive loss was works by women. Only a small selection has reached us, with the stellar poet Sappho to the fore.

Despite their military supremacy, the Romans had little written culture of their own to start with. The Greeks remained culturally dominant for a long time. Wealthy Romans created large libraries, with enslaved Greeks for their scribes and tutors. The Roman elite frequently entertained themselves in bathhouses with libraries attached. Even so, the public at large was often familiar with famous texts. Vallejo tells us that graffiti discovered on the wall of a humble laundry in Pompeii, for example, mocks its owners with a parody of lines from Virgil.

Vallejo herself is a diligent scholar, yet blessed with the ability to make the ancient world come alive for us. The numerous parallels she draws with modern history and culture are occasionally insightful, but where she excels is with her wide-ranging accounts of the human experience of books in the ancient world. She has a fine eye for telling detail. Books were read aloud back then, she tells us, which meant that libraries were not the sanctuaries of calm familiar to us. Moreover, not all aspects of literacy were positive: children learned to read and write through achingly tedious transcriptions of classic texts, with severe beatings for errors.

Books could be threatening, too. Vallejo reminds us that book burnings started early, notably with the advent of Christianity. Fortunately, attempts to eradicate supposedly sinful or subversive texts have always proved ignominious fails. Meanwhile the history of books remains far from over, with their popularity among readers secure and set to endure. Vallejo cites Umberto Eco’s view of their indispensability: “The book is like the spoon, scissors, the hammer, the wheel,” he said. “Once invented, it cannot be surpassed.”

Papyrus: The Invention of Books in the Ancient World by Irene Vallejo (translated by Charlotte Whittle) is out now (Hodder & Stoughton, £25)