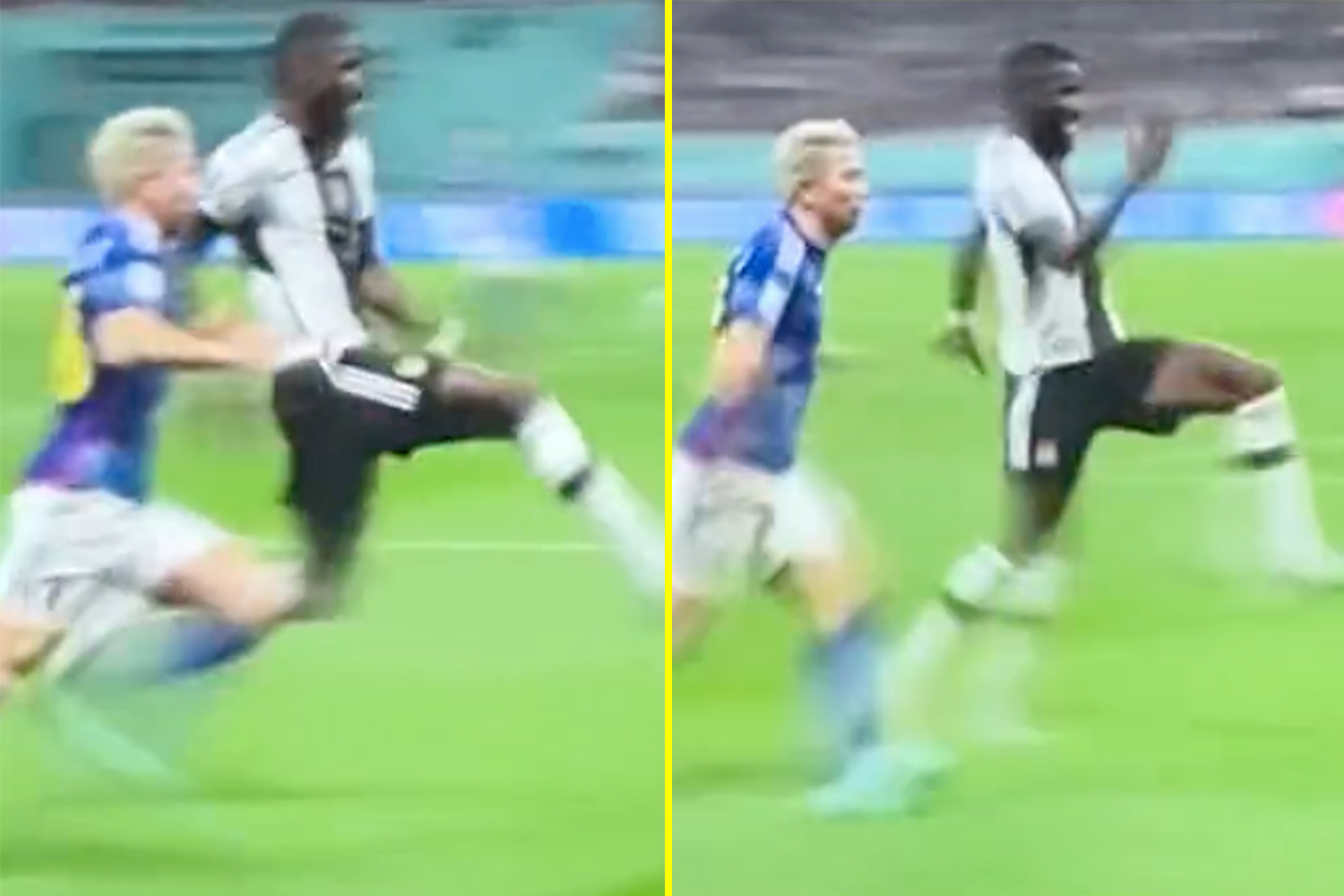 With the four-time world champions 1-0 up in their first group game, the Real Madrid defender was forced to defend a ball over the top.

Rudiger pulled out a bizarre running style, seemingly over exaggerating his movements as he shepherded the ball out of play.

talkSPORT’s co-commentator for the match, Tony Cascarino, was not impressed with the former Chelsea star.

He said: “Rudiger there is mocking his opposition position in Asano, that was a strange running style but he was laughing as he was running.”

Commentator Jim Proudfoot added: “It’s an idiosyncratic running style he’s got. His arms are like a cartoon character running through treacle, but he does actually make headway when it looks like he shouldn’t.”

That over-zealousness came back to haunt them as disaster struck for Germany as they conceded two late goals in the space of eight minutes to lose 2-1.

Ritsu Doan got the first before it was Asano himself who got the winner. Ilkay Gundogan had put Hansi Flick’s side in front with a penalty.

Cascarino went back to that moment after Japan had taken the lead and again questioned Rudiger’s actions.

He said: “Do you feel that moment of Rudiger mocking the forward when he was running contributed to the lackadaisical approach in the second half that Germany have had in this game?

“He was smiling as he was running and he was clearly mocking the Japanese centre-forward.”

And his actions did not go down well in his native Germany either, with former midfielder Didi Hamann calling him out.

“Rudiger lifts up his legs and you don’t belittle the opposition [like that] because it always comes back at some stage,” he said.

Germany could not find an equaliser and now face an uphill battle to qualify for the knockout stage with Spain and Costa Rica also in their group.

“The spirit of the game is about respecting the opposition, respecting your opponent. And he didn’t do it. I’ve got no explanation or excuse for it,” Hamann added.

It’s Spain next for Germany, on Sunday. Luis Enrique’s men will be full of confidence considering they won their opener 7-0.