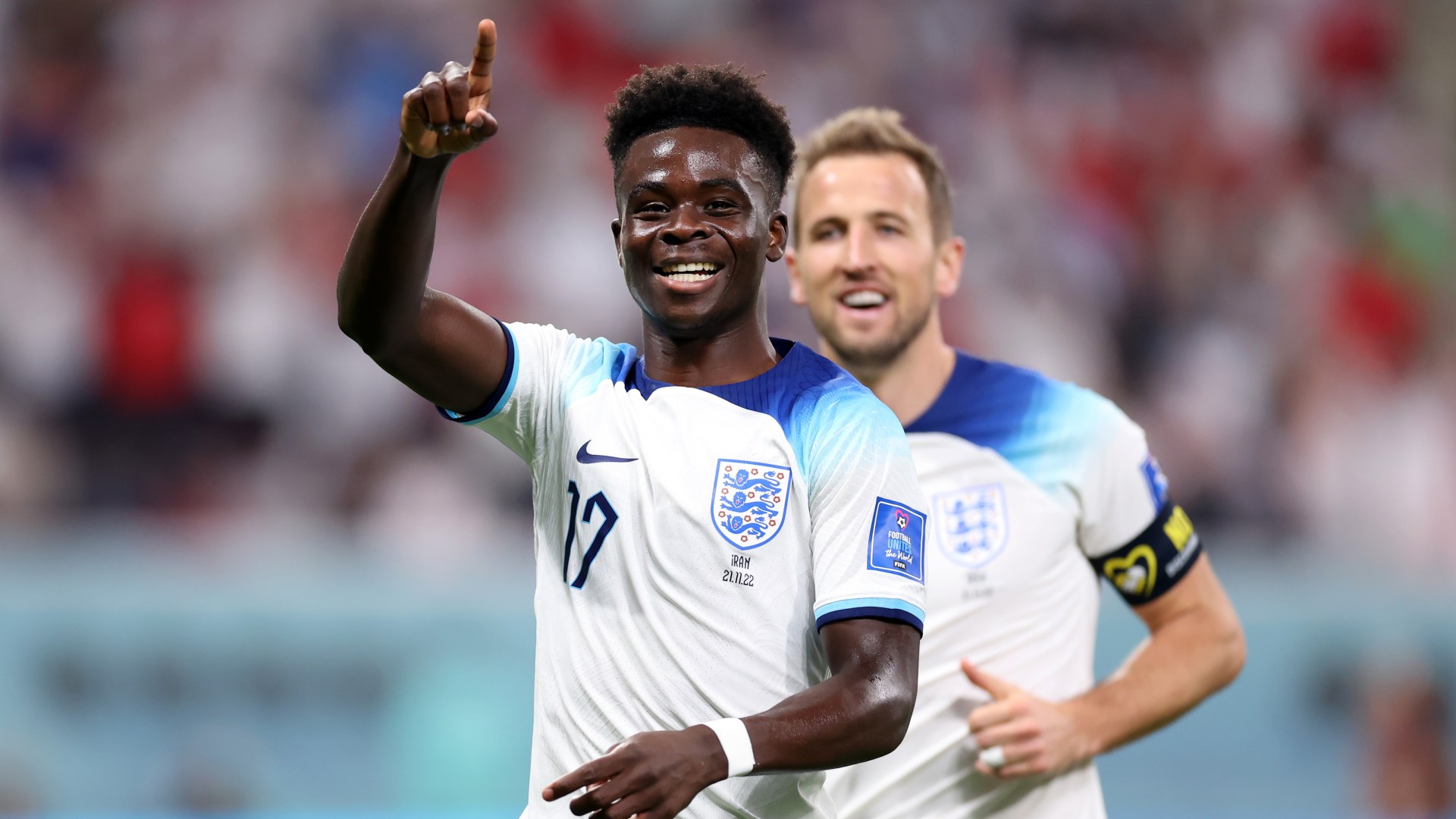 Bukayo Saka and Harry Kane have been singled out by the USA as England’s biggest threats ahead of their World Cup clash.

In the second round of Group B games, England, on the high of a 6-2 win over Iran, take on the US, who began their World Cup with a 1-1 draw against Wales.

Starring in England’s headline victory were a number of attacking players, particularly Arsenal’s Saka who recovered from his Euro 2020 heartbreak with a fine display.

The 21-year-old bagged scored twice during the win, and will be aiming to do similar when he comes up against Gunners teammate Matt Turner.

The goalkeeper will be tasked with stopping Saka from adding to his total, and knows how tough it will be.

“I think it will be difficult, he’s a top player,” Turner told the press.

“They’ve got a squad of top players so I think we all know we’ll have to put in one of our best performances to beat them, that’s what we’re preparing to do and hopefully we’ll do that.

“I think it’s pretty clear he’s one of the young stars of world football, he’s a top, top player and you don’t need me to tell anyone in our team the threat he poses in a game.

“He’s scoring goals in a variety of ways, he’s really developed, matured, gotten stronger, he’s a really, really good player who can change any game he takes part in.”

The US got off to a flyer against Wales, taking a well-deserved 36th minute lead through Timothy Weah, but their energy levels later dropped off before Gareth Bale’s equaliser.

Turner was clearly frustrated his side didn’t capitalise further, but is sure they can improve against England.

He explained: “We missed some opportunities against Wales in transition in the second half. I think we had chances where we weren’t particularly clean in the final third.

“Maybe a pass was a little off or the timing was wrong and it took away the small windows that you have in a World Cup where the margins are so thin to score a goal.

“I think we know that we’re going to have to be better in transition against England if we want to score goals and I think we’ve learned a lot.”

Along with Saka, striker and captain Kane has also been identified as a huge threat by the American team.

Former Tottenham teammate, DeAndre Yedlin, who now plays for Inter Miami, said: “From the second I got to Spurs, Harry Kane was always a great player.

“He just seems to be able to always find the back of the net and he’s the kind of player that people ask ‘how do you stop them? How do you contain him?’

“There’s not really a great answer for it – you just have to hope he’s not on his game that day, just really stay as tight to him as you can, not give him space.

“Because if you do, then he’s going to find a way to put it in the back of the net.”