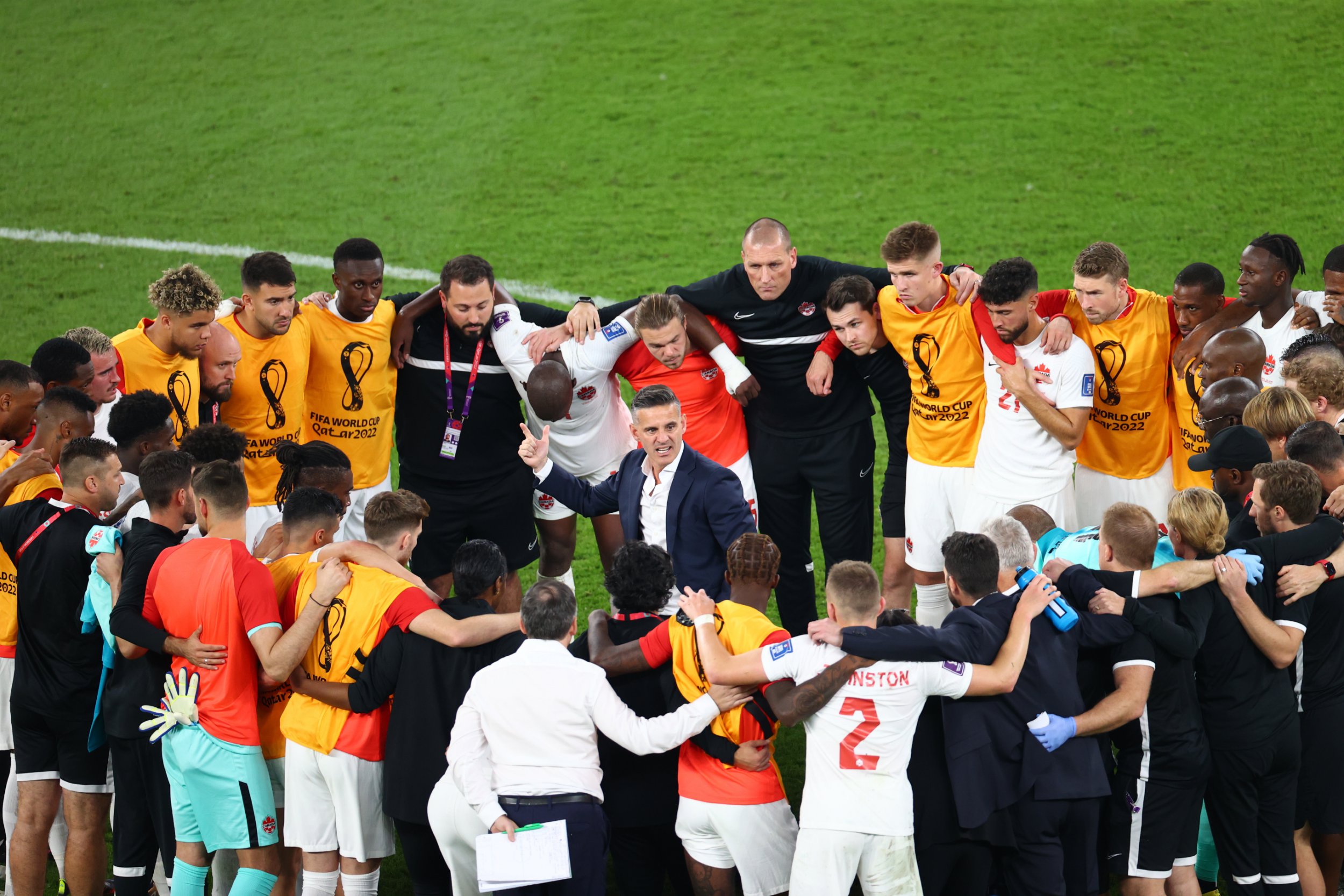 AHMED BIN ALI STADIUM – Qatar has been billed as the last dance for Belgium’s golden generation but they were almost swept off their feet by a relentless, remorseless team of Canadian World Cup tyros.

If only we could add ruthless to that description. John Herdman’s side were thrillingly fearless in the face of a team that have occupied rarefied air in the Fifa world rankings for years but just couldn’t take the six or seven glorious chances their brave football created. Immortality is delayed for this Canadian team of history makers.

Belgium survived, just. But they will need to regroup, for this was the sort of display that laid bare their collective age in vivid technicolour, their flat-footed back three looking every day of their collective 95 years against a team with speed and spirit. The outstanding Alphonso Davies slaloming through a static sea of red shirts was truly jaw-dropping stuff, tugging at the nagging doubts around a side with pretensions to win this whole tournament.

Youri Tielemans is no veteran but he was off at half-time, unable to gain a foothold as Canada’s midfield foot soldiers hunted in packs. Everton’s Amadou Onana was brought on to disrupt but couldn’t hack the pace either, picking up a warranted booking within a quarter of an hour. Roberto Martinez selected Eden Hazard, but he was outplayed by opposite number Junior Hoilett. It was the same story all over the pitch – white shirts swarming, Belgium struggling to hold them at bay.

Canada have never scored a goal in the World Cup finals and oh how this team deserved to end that run. Davies was the talisman, setting the tone for their high press with intelligent arcing runs that Belgium didn’t seem able to compute. It felt cruel that he shouldered responsibility for missing the penalty that would have etched him into his nation’s sporting history but it was a poor effort, allowing Thibaut Courtois to palm the ball away.

If he felt the weight of destiny on his shoulders afterwards he didn’t show it. Davies is a blue riband player, summoned from the Champions League to represent his country. But what of Kamal Miller, who was playing for Reading United in the fourth tier of the American soccer system when the last World Cup was being staged in 2018?

He was the lionheart at the centre of Canada’s defence, shutting out nearly everything Belgium and the surprisingly anonymous Kevin De Bruyne tried to conjure. The one moment of indecision – hesitation at a raking long ball from Toby Alderweireld – was punished brutally by a lethal Michy Batshuayi finish.

Still, the performances feel like a feather in the cap for John Herdman, whose courageous philosophy was for his team to press, press and press again. Consett-born Herdman is a charismatic leader who freely admits he has a chip on his shoulder – justifiably so when he was told by an ex-England international during his days working at Sunderland’s academy that he would never make it as a manager because he hadn’t played at the top level.

He pulled his team into a tight circle at the end and delivered a stirring consolation address to his devastated players. Herdman has built a formidable unit to represent his adopted nation and you suspect this tournament will not be the last we see of him at football’s top table.