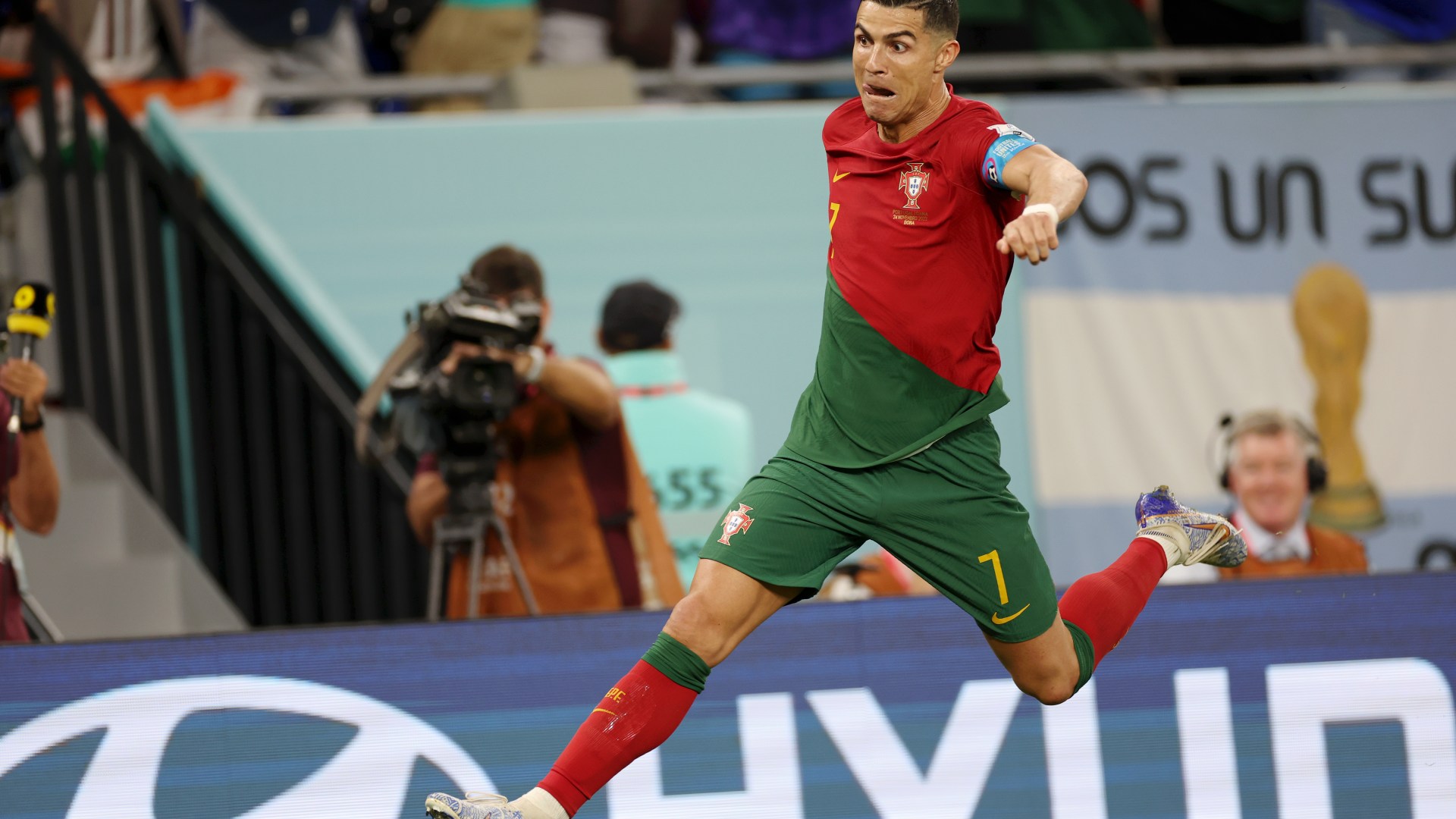 Cristiano Ronaldo made history as the first player to score at five different World Cups by bagging the opener for Portugal against Ghana.

The former Manchester United forward won and scored a penalty in the 65th minute of their Group H clash.

A frustrating night in front of goal for Portugal was finally punctured by Ronaldo when he was taken down in the box by Southampton’s Mohammed Salisu.

Ghana had just begun looking dangerous with Ajax’s Mohammed Kudus threatening, but Ronaldo soon had his side ahead.

The striker, who recently terminated his United contract by mutual consent, then did what he does best.

Picking the top left corner of the net, opposition goalkeeper Lawrence Ati-Zigi had absolutely no chance against the powerful effort, despite going the right way.

Ronaldo then wheeled away towards the corner flag in delight, with his teammates and the entire stadium joining in with his trademark ‘SIUUU’ celebration.

His joy was short-lived, though, with former West Ham and Swansea forward Andre Ayew tapping in from close range eight minutes later.

But it was then over to the next generation to make sure there was no slip up against the tournament’s lowest-ranked side.

Atletico Madrid’s Joao Felix restored the lead with a delightful finish five minutes later, before Portugal flexed their extraordinary depth with substitute Rafael Leao making it 3-1. Ghana pulled one back on 89 minutes through Osman Bukari to set up a grandstand finish.