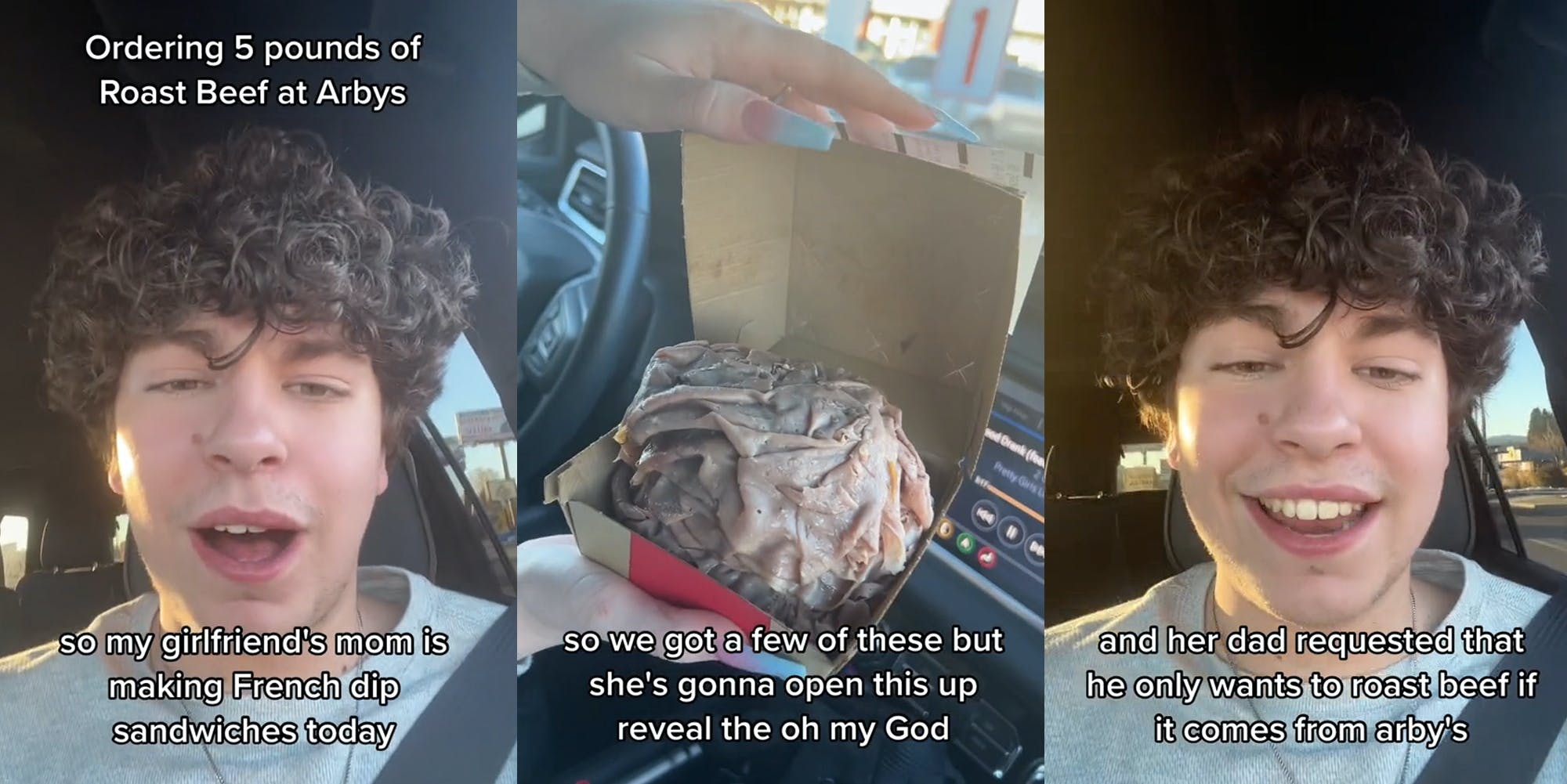 A TikToker who needed multiple pounds of roast beef in a pinch says they turned to their local Arby’s to get the job done.

In a video posted to TikTok, user Anthony (@to_ny49er) records his and his girlfriend’s experience going through the restaurant’s drive-thru. By Thursday, his video had over 234,000 views.

“So my girlfriend’s mom is making French dip sandwiches today, and her dad requested that he only wants roast beef if it comes from Arby’s,” Anthony says. “So they sent us to Arby’s. We’re about to order five pounds of just roast beef. No bread, no nothing, no sauce. Just roast beef.”

The camera then switches to a view of his girlfriend, who is driving the couple.

“Am I able to order five pounds of roast beef?” she asks an unseen drive-thru worker.

The worker says something in response, prompting Anthony’s girlfriend to laugh and say thank you.

“They delivered. They said they can do it,” Anthony later says. “They’re doing 10 half-pound sandwiches with no bun or anything. So we’ll see how this looks.”

A few moments later, an Arby’s employee walks up to their car with bags of meat packed into fast-food sandwich containers. Anthony says they ordered three full bags worth of meat.

Anthony and his girlfriend close the video by opening one of the containers—which is packed to the brim with the restaurant’s signature roast beef. It’s not clear from the video how much the order cost them or which Arby’s location they visited.

A handful of commenters, though, claimed that they wanted to order something similar themselves.

“This is mad genius,” reads one comment. “I can’t do carbs anymore.”

“Never knew you could do this,” wrote another viewer. “Arby’s roast beef is heaven.”

“Wait, this is such a good idea,” says another TikToker.

The Daily Dot reached out to Anthony via TikTok comment.

Alexandra Samuels is a national political reporter and contributor to the Daily Dot, where she started as an intern covering politics in the summer of 2016. She enjoys all things Marvel, keeping up with the latest TikTok trends, long walks with her pup, and reading murder-mystery novels.