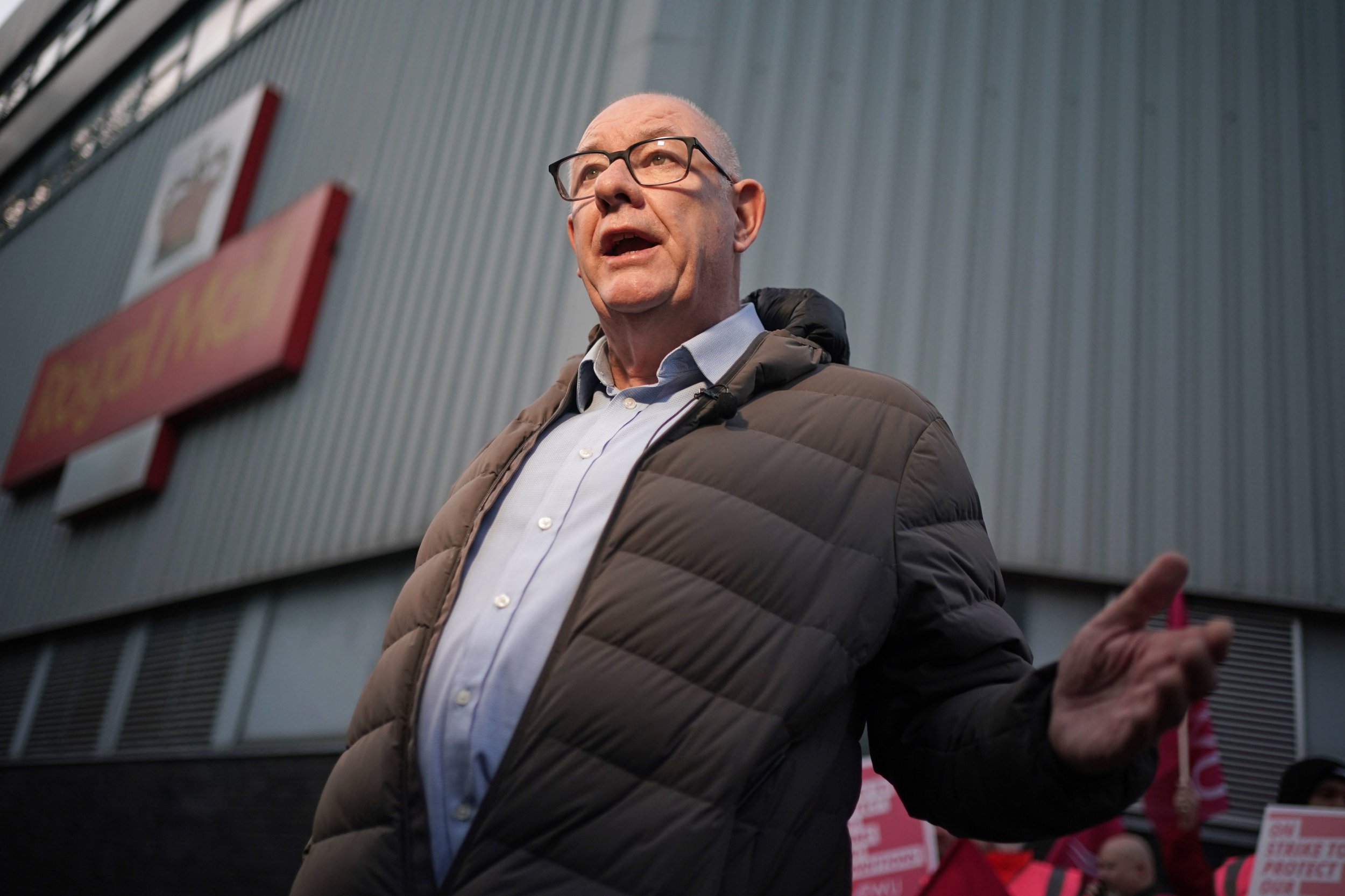 The public is facing a wave of winter strikes as university staff, teachers and postal workers launched another round of industrial action today.

Thousands of Royal Mail workers have walked out for 48 hours during the Black Friday discount week, with 10 more strikes planned in the run-up to Christmas at what is the busiest time of the year for the postal service.

Royal Mail has accused striking workers of “holding workers to ransom” and said it has made its final and best offer, but Communication Workers Union (CWU) union general secretary Dave Ward said his 115,000 members are “facing the most brutal attack” on jobs as well as “harassment” in the workplace.

Mr Ward, who has previously called for coordinated strike action among unions, said they needed to “pile the pressure on” adding that “we’ve got some other things we’re looking at now.”

They join teaching staff in Scotland who are joining picket lines today in their first strike since the 1980s.

Strikes are also taking place at 150 universities as workers from the University and College Union (UCU) protest over pay, working conditions and pension cuts.

Mr Ward told Sky News: “Postal workers who only 18 months ago were being hailed as key workers for keeping the country connected during the pandemic, are now facing the most brutal attack on jobs that we’ve seen in this country for decades.

“The truth is that this company is axing thousands upon thousands of jobs. At the same time, it’s replacing decent postal workers by refusing to lay off 11,000 agency workers and recruiting new self-employed drivers and new workers on almost 20 per cent less terms and conditions.

“This is outrageous behaviour. The company itself is also destroying Royal Mail as we know it.”

He added: “The levels of harassment and intimidation and threats that are going on in workplaces every day would be unacceptable in any business.”

When asked what sorts of threats his members were facing, he claimed workers had been warned they would be sacked if they brought mail back.

Women postal workers had resigned recently due to their mental health being affected by the Royal Mail CEO, who was “almost at war with his workers”, he claimed.

Postal workers are striking in a long-running dispute over jobs, pay and conditions.

Around 8,000 staff at 17 Scottish universities are also set to walk out today and tomorrow and on 30 November as they join a UK-wide strike.

Upcoming strikes have been organised by train drivers’ union Aslef, and the National Union of Rail, Maritime and Transport Workers (RMT).

The trade unions have been calling for better pay for their members amid the cost of living crisis, with inflation now at a 40-year high of 11.1 per cent.