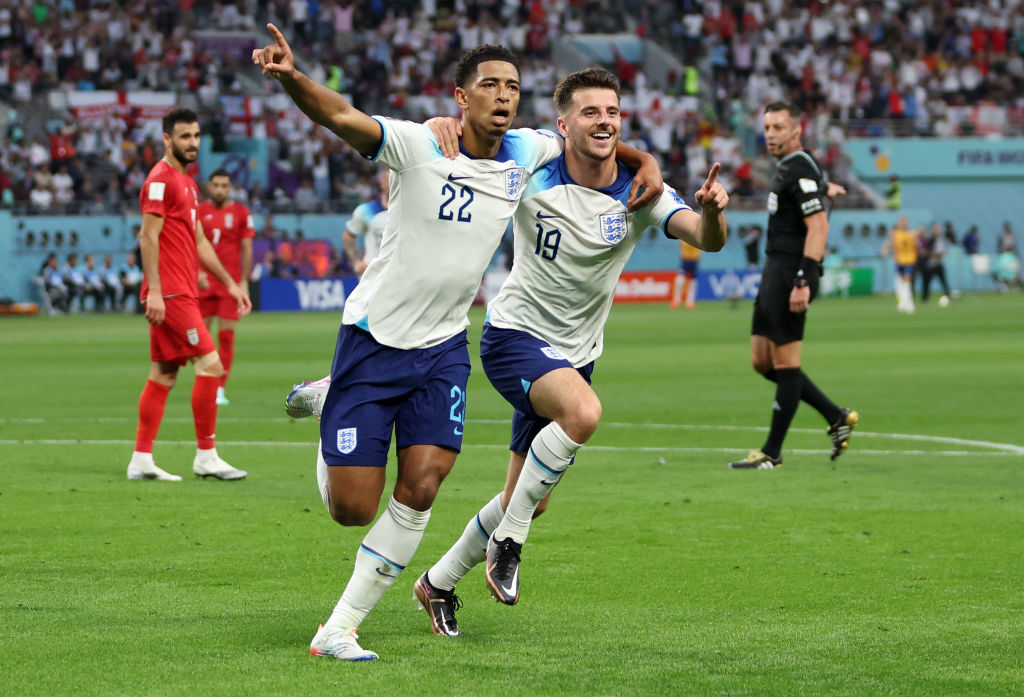 The opening games of Group B at the 2022 World Cup saw England cement themselves at the top as they thrashed Iran, whilst Wales and the USA shared the spoils.

Despite having two games left of the group stage, the countries’ second matches have now shaped out to be the key to qualification for the last 16. 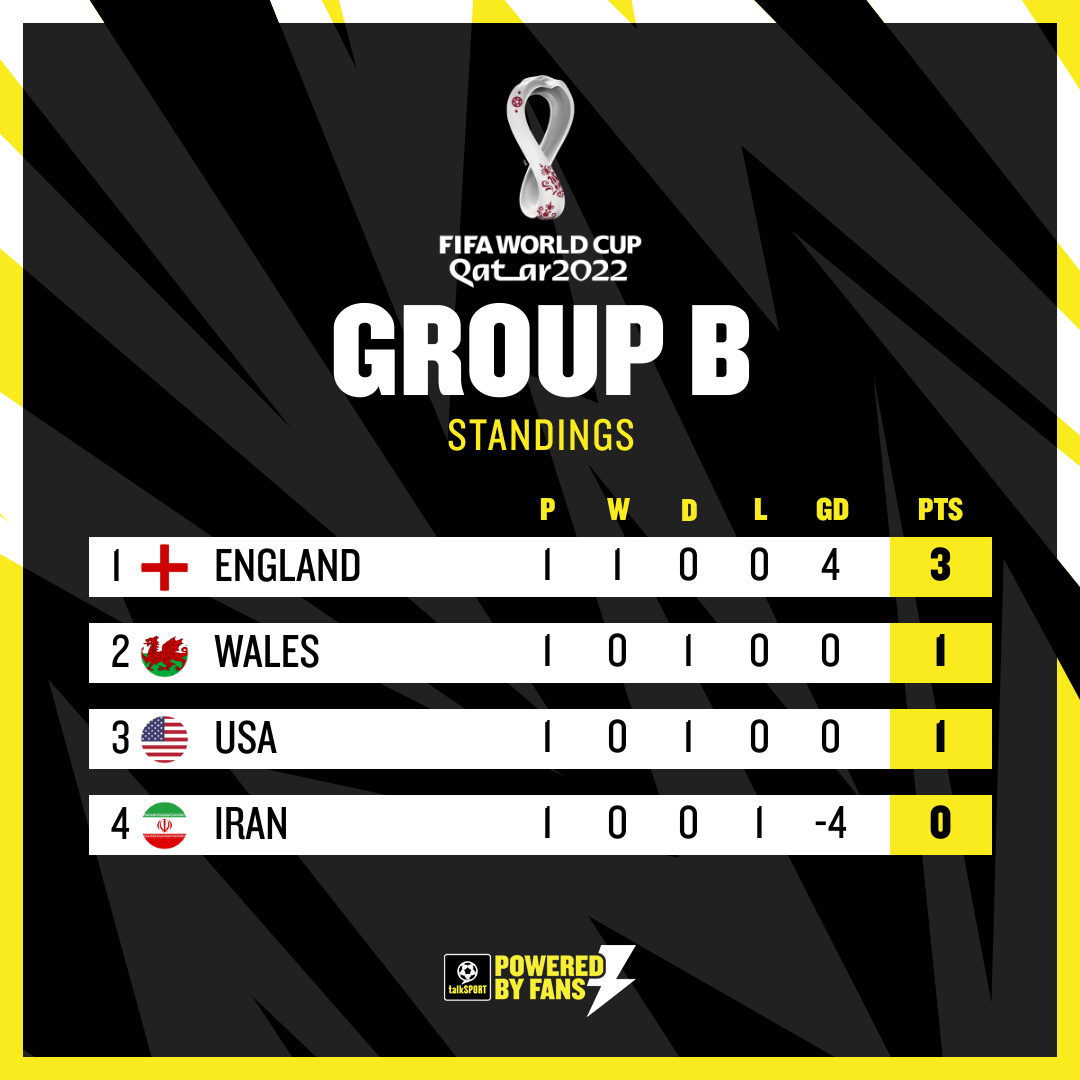 William Hill understands the value of football. That’s why they’re bringing you Epic Value throughout the World Cup.

Look out for Epic Odds on the biggest games. And their 8pm Drop for boosted odds on the following day’s matches.

See the latest Epic Value HERE and here’s some of the offers available now:

*Odds may have changed after publication. Terms and Conditions apply. 18+. See HERE for full details. BeGambleAware.Org.

England’s 6-2 thumping of Iran on Monday afternoon saw the Three Lions banish their demons from their poor Nations League run.

Wales and USA had a much closer affair, with the game being a tale of two halves and ending in a 1-1 draw.

The Americans dominated the first 45 minutes, with Timothy Weah breaking the deadlock just before half-time.

But after bringing on Kieffer Moore for Dan James, Wales leapt into life and equalised after Gareth Bale won a penalty and converted it with under ten minutes to go.

Friday’s results will have a big say on who will qualify for the knockout stages and, most notably for the home nations, decide what kind of tie England vs Wales will be next Tuesday.

Wales will be playing in their second World Cup fixture since 1958 on Friday, and will be looking to carry on the momentum they found in the second half of their tie against the USA.

A win for the Dragons will be vital in giving them a chance at bettering their one and only World Cup finals run 64 years ago, which saw them reach the quarter-finals.

The countries have only met once before in a 1-0 friendly win for Wales in Tehran back in 1978.

Wales aren’t taking the tie lightly either just because England put six past their opponents, especially given they need to win to keep their hopes of qualification alive.

“England played well so we won’t underestimate Iran,” Wales star Ben Davies said after the USA draw, “We know it will be a tough game for sure.”

Veteran midfielder Joe Allen missed Monday’s tie but is back in training and could be available for Friday.

England can all-but guarantee their spot in the last 16 against the stars and stripes with a victory.

But the USA, who have appeared in eleven FIFA World Cups – including the first in 1930 where they reached the semi-finals – won’t be easy opposition.

England boast eight wins from 11 meetings with the USA but have yet to beat them in two previous World Cup matches.

The most recent game saw them draw 1-1 in 2010 when Rob Green failed to stop Clint Dempsey’s pea-roller.

USA will be breathing a huge sigh of relief after Christian Pulisic emerged unscathed following a tangle of legs with Bale, when the Welshman accidentally trod on the back of the Chelsea star’s legs.

Pulisic is among a host of Premier League players in USA’s ranks, including Leeds duo Tyler Adams and Brenden Aaronson, so they boast plenty of top-level experience, while Borussia Dortmund starlet Gio Reyna could play after being left out against Wales.

England, meanwhile, have injury fears over captain Harry Kane – but the Tottenham star is expected to be fit to play.

Kane left the match on Monday with his ankle strapped up following a heavy tackle and underwent a scan on Wednesday, but Gareth Southgate is hopeful he’ll be fine to feature.

Meanwhile, Harry Maguire appeared to be dazed and was substituted against Iran, with Eric Dier coming on to replace him at the back, but the Manchester United defender has confirmed he’s okay for the USA game.

Kyle Walker could start too after recovering from his groin injury quicker than expected, whilst James Maddison is still a doubt.

Bukayo Saka will be buzzing from his two-goal display against Iran and is certain to start in attack.

William Hill understands the value of football. That’s why they’re bringing you Epic Value throughout the World Cup. Look out for Epic Odds on the biggest games. And their 8pm Drop for boosted odds on the following day’s matches. Terms and Conditions apply. See the latest Epic Value at: