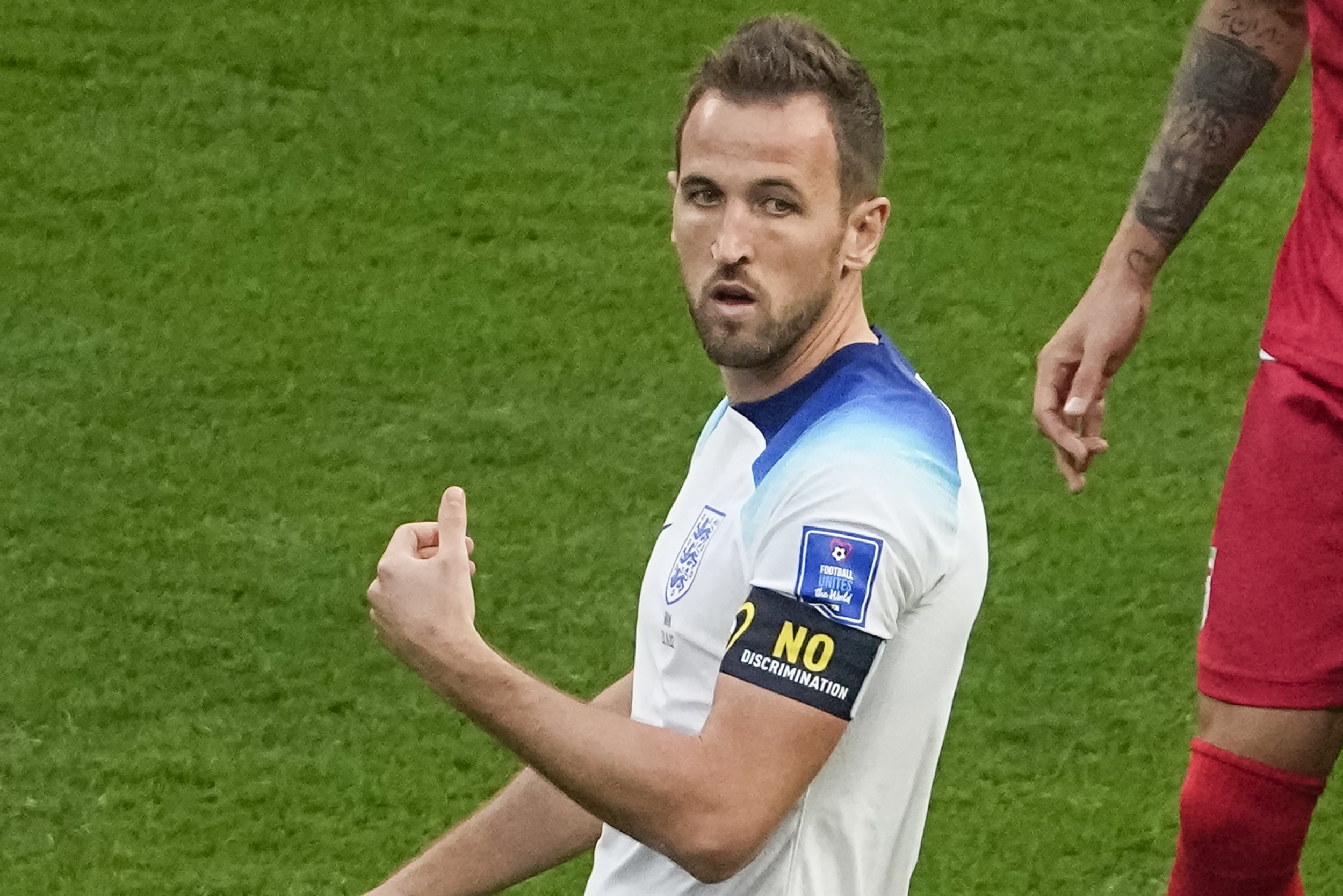 England prevented Harry Kane from wearing the OneLove armband after Fifa refused to confirm what sanctions their captain would face during a confusing meeting on the morning of their World Cup opener against Iran.

Despite the Football Association writing a letter to Fifa in September explaining their plans for the Qatar World Cup, the world governing body waited until the eve of their first match to offer any kind of response.

FA officials then met with counterparts at Fifa on the morning of the game seeking clarity on what would happen if Kane attempted to wear the armband. The FA was expecting to receive a fine but it had been reported the previous evening that Fifa would take stronger action.

Fifa would only state that Kane receiving a yellow card was the very minimum punishment they faced. When the FA pushed Fifa on what the ultimate sanctions would be, the governing body refused to explain.

The FA left the meeting with the impression that there was no way that Fifa would allow Kane to enter the pitch at the Khalifa International Stadium wearing the armband and decided he should not wear it.

England manager Gareth Southgate was not in the meeting with Fifa on Monday morning but his understanding was that “there was definitely a feel there were sanctions and not all of those were really clear, I think, so the decision was taken out of the hands of Harry [Kane]. The decision from the organisation was we’re not even putting the armband in the dressing room. There is no discussion, that’s done. The player had no say in that.”

England’s players have since held a team meeting to discuss what other ways they might show support for the LGBT+ community during the USA game on Friday evening after Germany, one of seven European nations involved in the OneLove campaign, staged their own mini-protest before their game against Japan.

Germany’s players each held a hand over their mouth during the team photo, indicating they felt gagged by Fifa. They also wore training tops and boots with rainbow colours on them.

“We don’t want to get carried away with what other people are doing,” England defender John Stones said. “We want to stay true to our own values. But at the same time we do want to make things heard and [make people] aware of how we feel. We want to get everyone’s opinion across in the right way.

“I feel it’s really difficult at the minute to do that without upsetting peoples’ rules or whatever it might be. There’s a really fine line with all this and so far we’re trying to stick to our values and what we believe in as a team.”

Southgate reiterated his intention to continue focusing on the team and preparations for the next game, even if it meant he was criticised.

“I noticed the Danish coach speaking after the game [0-0 draw with Tunisia on Tuesday] and he felt he hadn’t got enough bandwidth to deal with the football,” Southgate said. “I think that’s the risk that we’re all running. I’m quite comfortable with our position and I think we should be confident in what we stand for, what we think we can affect.

“There was a plan [before Iran]; we weren’t able to carry out that plan. What do we do now? Do we all try to out-do each other on a gesture that… however we do it, probably won’t be enough, probably could be criticised however we do it.

“We want to support the LGBTQ community in particular and recognise that a lot of those people aren’t here with us, and we wanted them here with us. But we could also rush into doing things that don’t land well and don’t really make any difference and take a lot of time and energy away from where we need to be now.

“I understand that is going to be uncomfortable for people because I could be criticised, the captain has been criticised, the organisation will be criticised. I’m probably more used to this than all the others, frankly, so it’s having less impact on me. I’m very comfortable with what I stand for and how I deal with people every day of my life is more important than a statement that might land well and might not.”