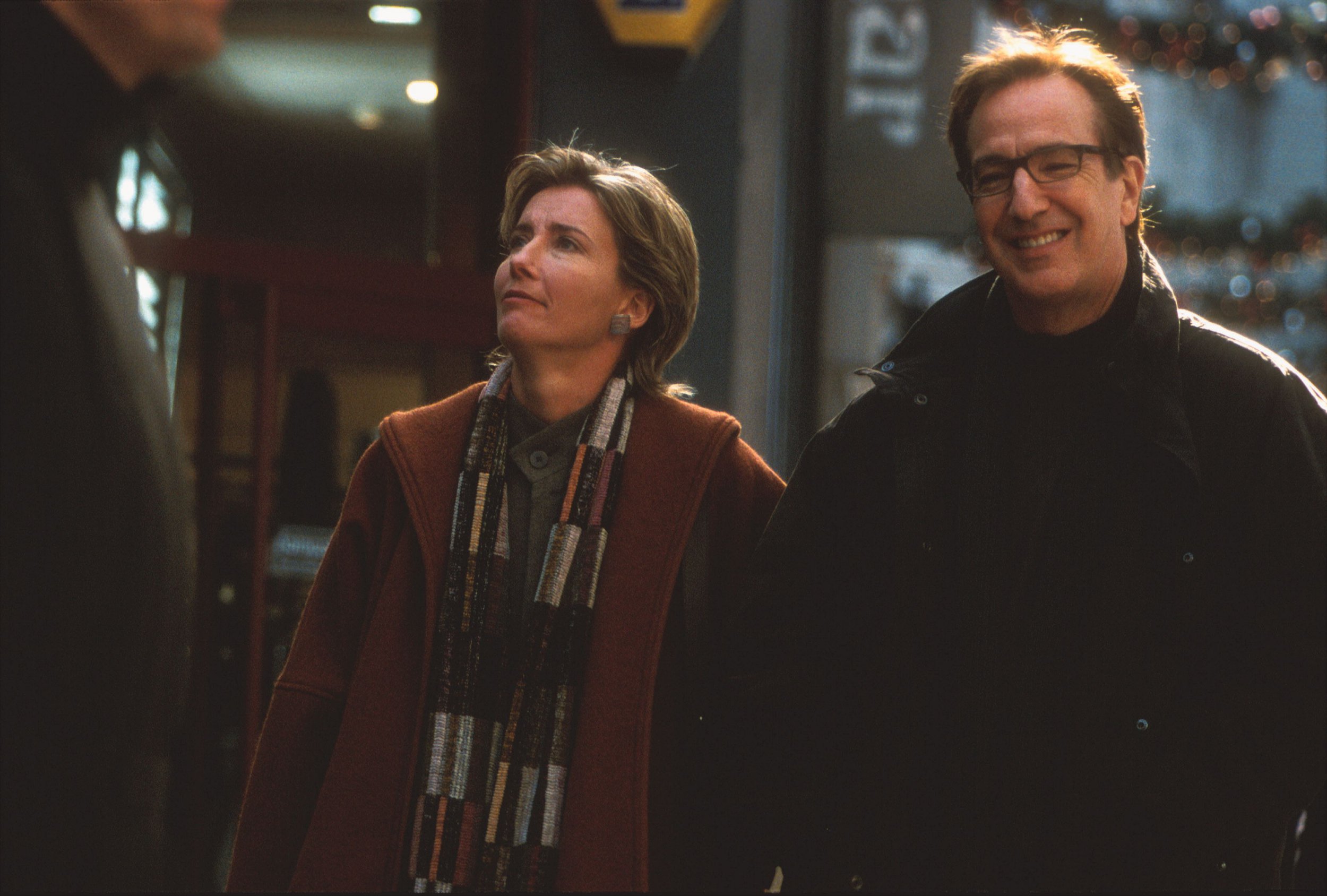 This is In Conversation with Yasmin Alibhai-Brown, a subscriber-only newsletter from i. If you’d like to get this direct to your inbox, every single week, you can sign up here.

Every Christmas, like millions of others, my daughter, husband and I watch Love Actually. In one scene, Emma Thompson, who plays a devoted and dutiful mum and wife, accidentally discovers a gold necklace in her husband’s coat pocket and assumes it is for her. Her face lights up.

On Christmas Day, she excitedly opens the present. It’s a Joni Mitchell CD. Shocked and hurt, she realises her husband is having an affair. She carries on with the festivities stoically; never says a word. When she eventually confronts him, tears flow.

Thirty-two years ago, on Christmas Day, my now ex-husband told me he was leaving me for someone else – much younger than me, of course. Our son was only 10. My scars still flare up. In 2018, Thompson spoke movingly about her role and the storyline: “That scene where my character is standing by the bed crying is so well known because it’s something everyone’s been through.”

I wrote about this tumultuous period in The Settler’s Cookbook, a memoir of migration, love and food, recently reprinted. In September, I read a section from that chapter at a book festival and more than 20 people came up afterwards to describe how they too had been betrayed and broken by partners they trusted.

I remade my life, married a very special Englishman, who has loved me and my son unconditionally. We had a daughter when I was 43, another miracle. But I still cry when Thompson opens that package. It feels real and true.

It turns out it was real and true. Emma Thompson married Kenneth Branagh in 1989. They were then the “it” couple, talented and seemingly happy. Six years later they separated and later divorced. This month, in a New Yorker interview, Thompson, now 63, opened up about her ex-husband and the failed marriage: “I was utterly, utterly blind to the fact that he had relationships with other women on set… What I learned was how easy it is to be blinded by your own desire to deceive yourself.”

I too felt utterly humiliated by my gullibility. Far worse than the heartbreak is the humiliation and self-loathing that follows.

The fog of love

How did I, a confident and smart woman, not see or sense that something was going on, had been for years? I don’t think partners should go around snooping or spying on each other, but there were signs, big signs I never saw because I was lost in the fog of love.

My late mum told me he’d picked her up one day with a young, golden haired woman in the front seat. I asked him, he threw me an explanation, I chose to believe him. He introduced me to her at the university where he worked.

One day, in Gower St, London, I saw her wearing the same T-shirt with a leopard print he had given me after a work trip to Kenya. When I confronted him, he told me I was delusional. A woman rang our home and asked for her. He couldn’t explain why and seemed genuinely upset. The fool I was, I accepted the explanation.

We are not alone

After the split, Thompson felt “half alive. Any sense of being a lovable or worthy person had gone completely.” Me too. I hated what he had done, but blamed and punished myself. I shouldn’t have been so stupidly naive, should never have kept faith in a man who never deserved it. I feel I failed my distressed boy in those early months. His once perfect “new father” has faded from our lives.

In 1995, Thompson met the actor Greg Wise on the set of the film Sense & Sensibility. They married in 2003, have a daughter and an adopted son. Wise, says Thompson, “picked up the pieces and put them back together”. My beloved did the same.

Thompson’s honesty helped me to recognise the damage I did to myself and will have reassured many others coming to terms with a wilfully broken marriage. We are not alone.

The current cohort of Tory MPs and ministers seems to include an abundance of boorish, emotive, fanatical and/or intellectually challenged folk. (The likes of Suella Braverman, Priti Patel, Liz Truss, Jacob Rees-Mogg, Michael Fabricant, Desmond Swayne and Nadine Dorries). The party looks and sounds like a freak show or a congregation of a mad, outlying church. You laugh at them and feel tremulous at the same time.

Who are these people? How did they get elected? Who will tackle the chaos and restore some rationality and order to what used to be (not that long ago) a civil, focussed political entity with key figures one could respect?

These questions came to me while watching a select committee hearing on migrants. Braverman was in the hot seat. Tim Loughton, MP for East Worthing and Shoreham, calmly demolished her asylum policies by playing the role of a teen African boy escaping from a ruthless regime. There was no legal way he could come have here. It was masterful. The Home Secretary faffed and shifted. With such men still in the fold, perhaps all is not lost for the Conservative Party of Great Britain. Or maybe he is the last of a disappearing breed.

A conversation I had this week

We went to a dinner party thrown by two friends, both experienced journalists. There were retired British diplomats, senior civil servants, Russian and German journalists around the table. The hours passed and we learned more about Ukraine and the war, about Afghanistan, the EU and German politics than we ever knew. Our media – though far better than the media in unfree nations – is, we realised, not adequately informing the population, not even those of us who are keenly interested in foreign affairs.

Some days later I attended a lecture at City University given by the very talented BBC journalist and anchor Clive Myrie. He enthused the students and guests and cogently claimed that ours is a “noble” profession. Well yes, in theory. In reality, journalism can and does behave ignobly, leaving many ill-informed and causing social mayhem. We strive to be truth-tellers, yet deny truths about our own profession. How is that noble?

Have you watched A Very British Romance on BBC Four? It has that ubiquitous historian Lucy Worsley in costumes, dancing, swooning, winking at and flirting with the audience, which can get irksome. Stay with it and you will discover the astonishing history and evolution of private lives and passions. Better than any costume drama, thanks, actually, to the prancing presenter.

This is In Conversation with Yasmin Alibhai-Brown, a subscriber-only newsletter from i. If you’d like to get this direct to your inbox, every single week, you can sign up here.