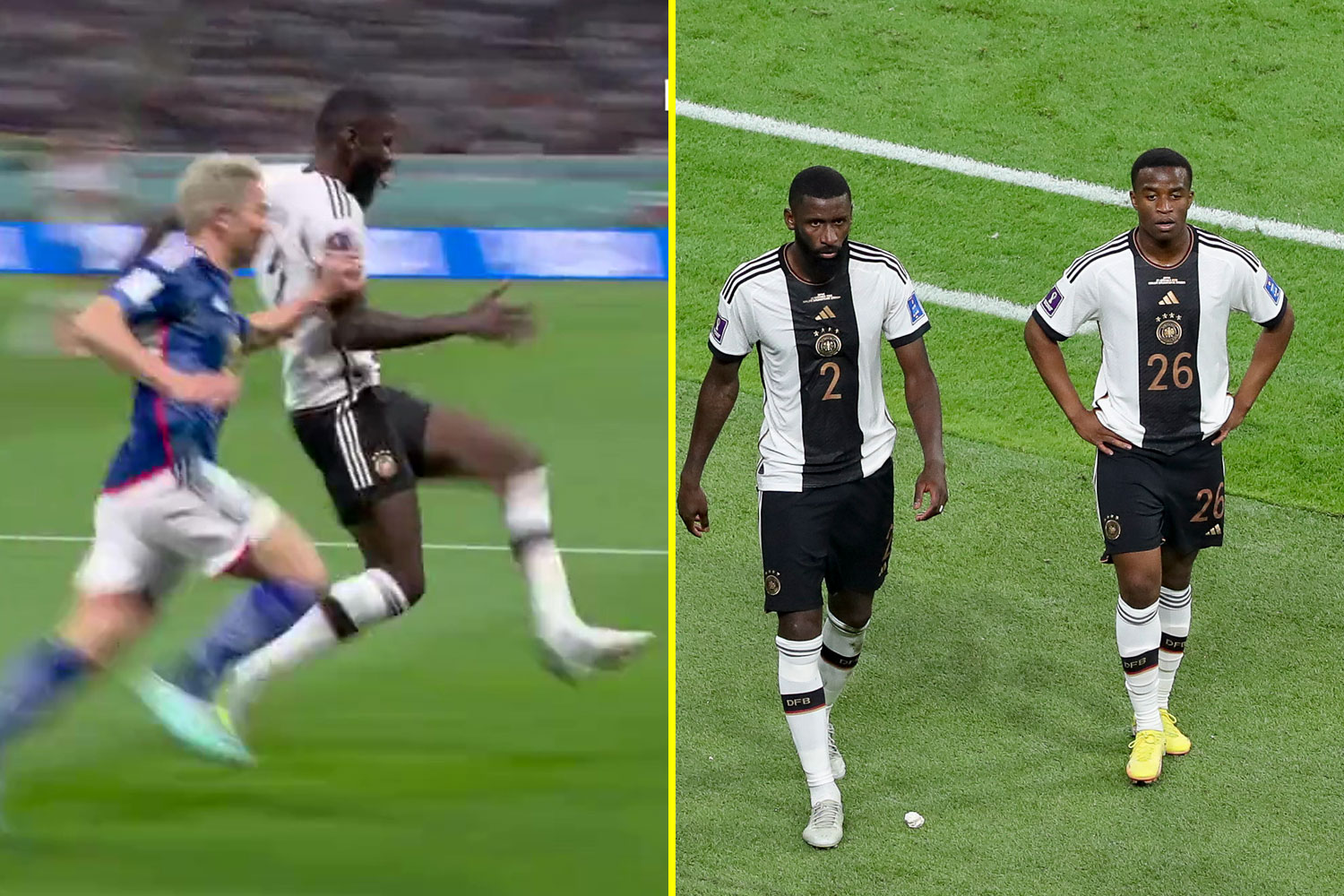 Gabby Agbonlahor has laid into Germany and defender Antonio Rudiger after the shocking defeat to Japan at the World Cup.

The four-time winners of the competition were on the receiving end of another shock result in Qatar as they lost 2-1, with the result already leaving them on the backfoot in Group E.

Germany dominated the game in terms of possession and shots on goal, but it was Japan who took their chances and secured a surprise victory at the Khalifa International Stadium.

Defeat to Spain on Sunday will see Germany sent home early once again, after getting dumped out at the group stage in 2018, and Agbonlahor is expecting that to happen.

Speaking exclusively to talkSPORT, he said: “That Germany side, round of 16 they lost to England in the Euros, I thought they were pathetic last year in the Euros.

“This year I feel like they will go out, I feel like Spain will beat them. What’s happening to Germany? They’ve got a bunch of pretenders in their squad.”

Rudiger also stole the headlines after the match as the 29-year-old appeared to mock Japan forward Takuma Asano with a strange run whilst trying to defend the ball.

“When you’re quick, and I was a quick player, you know you’re going to outpace someone, that’s what Rudiger is for, no one is quicker for him in this Japanese side,” said Agbonlahor on the Real Madrid centre-back.

“Why are you trying to mug the opposition off? Just go and get the ball first, you’re quicker, clear it, give it back to your ‘keeper, play. He’s tried to really mug them off, like ‘this is too easy, you can’t get past me’.

“Sometimes, you get your karma, straightaway they lose 2-1. Next game he’s got to think to himself ‘just defend, don’t try and take the mick out of other players this World Cup, you got your medicine straightaway.”