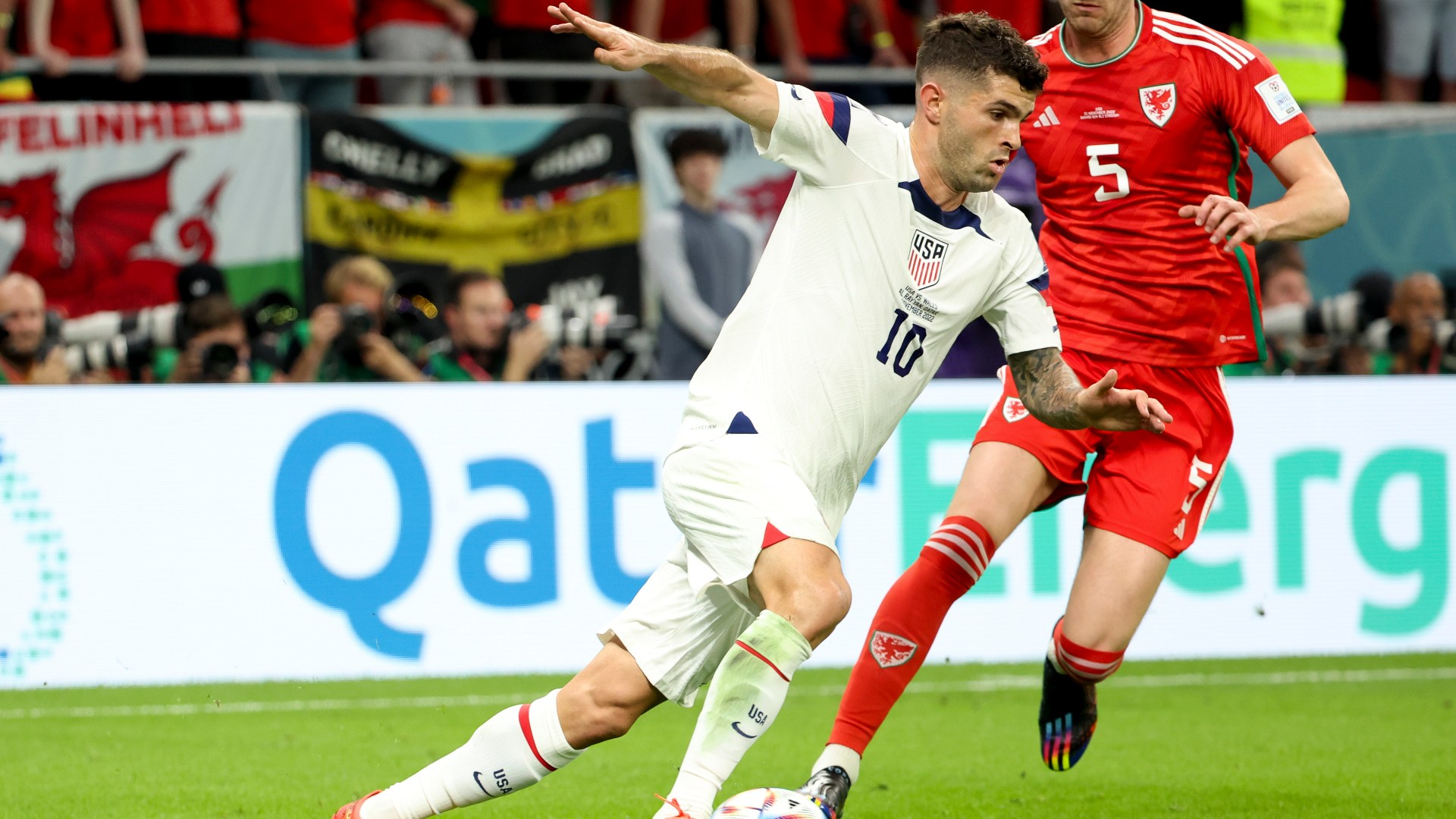 The Chelsea winger is a star performer for the USA and will be expected to turn up when they take on England in Group B on Friday.

While being a key player for his country, Pulisic has struggled to fulfil his potential since moving to west London in 2019.

In that time the 24-year-old has made 133 appearances, scoring 26 goals and providing 21 assists.

Despite posting some decent numbers, it’s been Pulisic’s consistency that has come into question, but according to USA legend Beasley, he was happy to see the player back to his best in their World Cup opener against Wales.

Speaking on White and Jordan, Beasley said: “I’m happy with the effort that he put in.

“Star players have to come up with big moments in big games and he did that. He got the assist to the goal.

“What do we like to see? We like to see Christian driving with the ball which he can’t do at Chelsea because he’s playing right wing-back most of the time, so give him the ball in the right spots!

“He’s playing different positions but now he’s in a spot where he can make a difference and for us it’s a big bonus.”

Responding to those comments, Jordan wasn’t impressed, saying: “I’ve watched him and I thought he was about to arrive when he played in the FA Cup final when he was so pertinent in the first half.

“I don’t know if it’s confidence verses competency but there’s an element of him not doing it in the Premier League.

“This may be a very top-down thing to say, but he looks lightweight.

“He’s got all of the technical ability, but when it comes to it he just goes missing at the top level, hence why he’s not dominating the space at Chelsea.

“Maybe he needs to play that way with Chelsea because you see him week in, week out, but with the USA he gets battered but gets up.

“I’ll give you that, when you’re playing at Chelsea and challenging for the top positions you have to have the end-product.”