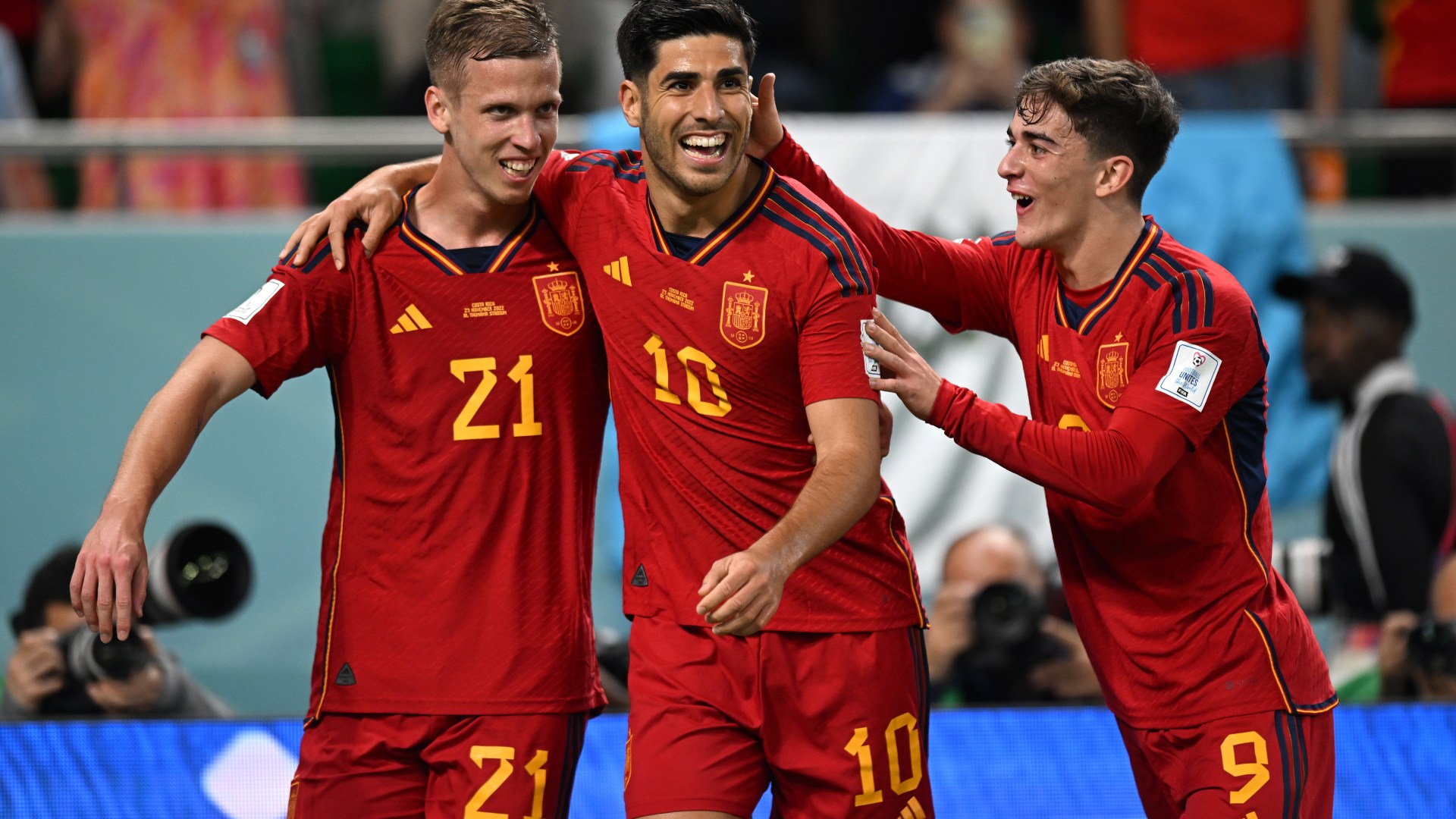 Gary Neville has doubled down on his doubts over Spain’s attack, even after they stuck seven goals past Costa Rica at the World Cup.

The Euro 2020 semi-finalists got off to a flyer in Group E on Wednesday evening, winning 7-0 despite not having an out and out striker on the pitch for the first hour.

The Red Fury left front man Alvaro Morata out of their starting XI due to the star suffering from an air con induced cold, with Luis Enrique bringing Marco Asensio in up top as a false nine instead.

And when asked what he thought of the Spaniard’s line-up before kick-off, Neville was unsure the 2010 World Cup champions would be able to find the net.

“It’s okay but there’s no goals in it,” the ex-England star said on ITV’s coverage before the game began.

“I think that’s been one of Spain’s problems. In the last European Championships they dominated possession and had the highest in the competition on 76 per cent, it’s what we expect.

“The legacy of Pep Guardiola at Barcelona still runs through this team. But you wonder, is that ruthlessness is going to come through?”

Fast forward to the final whistle, of course, and Spain had thumped seven goals past Costa Rica with no reply, disproving Neville’s claim they’d struggle to score.

But the pundit stuck to his guns, despite the attacking masterclass of Luis Enrique’s side.

“We can’t just measure Spain at all off that,” Neville said. “I know they play Germany on Sunday so I look forward to seeing them in that game.

“Costa Rica are the first team in 32 years at a World Cup not to have a shot on goal. Forget the target, they have not had a shot on goal in the whole game.”

Neville hadn’t changed his mind the morning after Spain’s victory either, as he replied to Spanish journalist Guillem Balagué’s tweet.

“It’s ok, Gary. I was thinking exactly the same before the game. What do we know!! Football, eh!!” the Spaniard wrote.

To which Neville replied: “I think we will be proved right!”

Spain’s next game in Group E sees them go up against Germany on Sunday – live on talkSPORT – with the Germans desperate to win given they lost their opening tie to Japan.