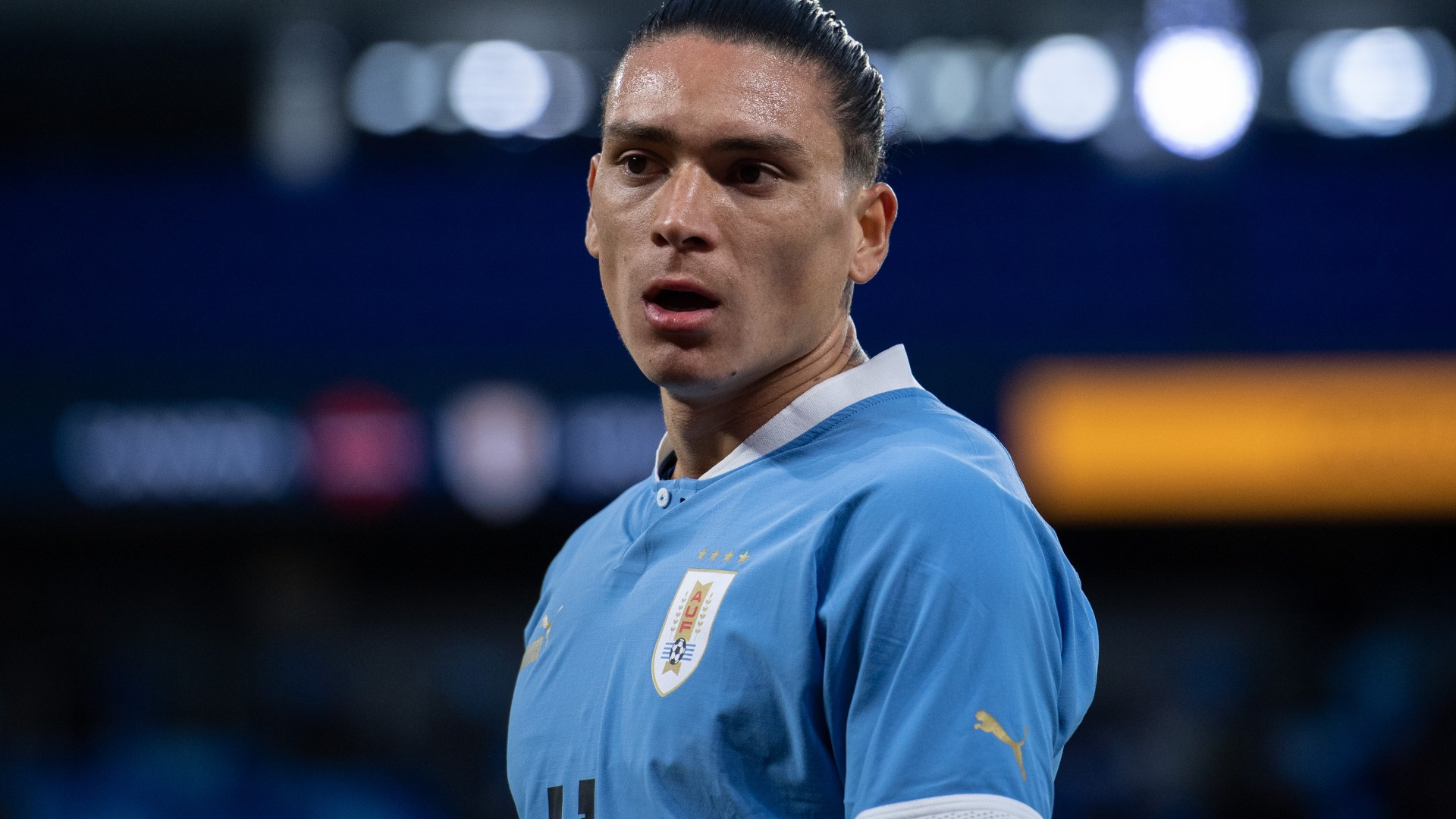 Darwin Nunez was always going to attract the eyes of the football world when he completed his summer move to Liverpool.

The 23-year-old signed for the Reds from Benfica in a deal worth around £64million, which could rise to £85million as a result of add-ons.

Such a move was a huge sign of intent from Liverpool, who had just lost the Premier League title to Manchester City by one point for the second time in four seasons.

After being such a huge success at Benfica, Nunez now has the chance to prove himself on the big stage, and he will get the opportunity to do so at the World Cup with the Uruguay squad.

However, his journey to Anfield, and subsequently Qatar, has by no means been easy for him.

Born in the northern city of Artigas in 1999 that borders Brazil, Nunez grew up in a poor family where his father Bibiano was a builder and his mother Silvia sold milk bottles.

He began to play football at a young age, featuring for local sides La Luz and San Miguel de Artigas.

Former Uruguayan midfielder Jose Perdomo soon scouted the then 14-year-old, as he had previously done with Nunez’s brother Junior, and the youngster moved to the capital city of Montevideo.

Despite being such a young age, he left his family behind to join Penarol, a giant of Uruguayan club football.

Nunez was therefore able to kickstart his career at one of the best sides the South American country has to offer, but the striker suffered a crucial setback early on.

He was out of action for more than a year after suffering a cruciate ligament injury and had surgery early on in 2017.

When speaking to Futbol.uy, he revealed just how badly the setback affected him, hinting he wanted to quit: “I went through an ugly injury that took me a year and five months.

“At times I wanted to stop playing, but my family and my teammates were always there and encouraged me to continue. I set out to do that and today I am stronger than ever.”

However, Nunez made his senior debut for the club later on in the year, before having surgery for a second time.

The youngster netted four goals for Penarol and soon attracted the attention of European sides, with Spanish Segunda Division outfit Almeria signing the forward on a five-year-deal in the summer of 2019.

He didn’t make his first appearance for them until the beginning of October that year, but Nunez finished the campaign with 16 goals in the league, making him the joint fourth top scorer.

That season also saw him make his first senior appearance for Uruguay, coming off the bench to score the equaliser in their 1-1 international friendly draw against Peru.

Benfica came calling in 2020 and despite spending just one season at Almeria, he made the switch to the Portuguese top flight for his next European challenge.

Despite a couple of absences through injury here and there, Nunez had a stormer of a first season as he amassed 26 goal contributions in 44 matches across all competitions.

It was soon clear to see that Benfica had a real talent on their hands because in the following season, he took his game to a whole new level.

Nunez proceeded to score 34 goals in the 2021/22 campaign, with six of those coming in the Champions League as they went on to reach the quarter-finals of the competition.

Benfica were knocked out by Liverpool over two legs, but the Reds were able to get a good taste of his true talent as the striker netted twice over the tie.

Clearly it was enough for Jurgen Klopp’s side to make a move, and they soon signed their new attacker following the loss of Sadio Mane to Bayern Munich.

Once again, there were obstacles to overcome early on.

He scored in the 3-1 Community Shield win against City then on his Premier League debut against Fulham, but was sent off for a headbutt on Crystal Palace’s Joachim Andersen on his first outing at Anfield for the Reds.

Liverpool’s new man then had the unfair comparisons made between him and City’s Erling Haaland given the size of both moves to the English top flight.

However, as he jets off to Qatar to play at the World Cup, Nunez sits on an impressive 11 goals and assists for the season so far.

Given his nationality, many fans have started to make comparisons with Luis Suarez, who was nothing short of prolific during his spell at Anfield.

Such a connection is certainly justified, but one stat has proven he may already be doing better than his compatriot.

Nunez’s five goals and two assists is the second best record behind Mane for a Liverpool player after 10 games in the league; Suarez could only manage three and three.

After a shaky start, the explosive and sometimes unpredictable forward has now made his mark on the Premier League.

And Liverpool fans would love nothing more than to see one of their own dominate on the global stage and ruin Cristiano Ronaldo’s final World Cup when Uruguay play Portugal in the second group game.