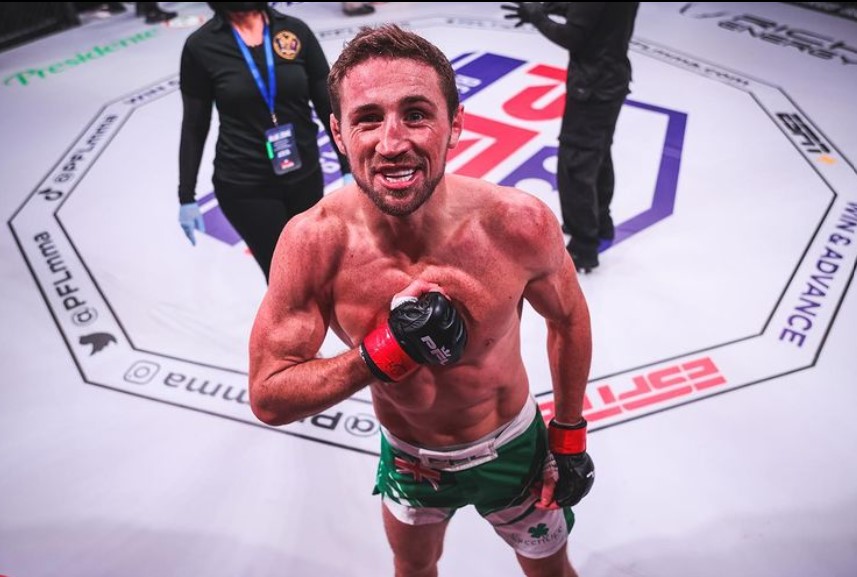 Brendan Loughnane is just one fight away from becoming a millionaire and changing his life forever.

Loughnane faces Bubba Jenkins in New York on November 25 at the PFL World Championships where six world titles will be on the line with each new champion taking home $1 million in prize money.

The 32-year-old has beaten three fighters to make it to the featherweight final to face Jenkins who he considers a friend that unfortunately has a bounty on his head right now.

“Great fighter, very good wrestling skills. I like him as a person, I like his team and his coaches but once the cage door locks it’s strictly business,” Loughnane told talkSPORT.

“I’ve fought friends before it makes no odds to me. In my head, he’s just got $1 million on his head, so unfortunately it has to be him.”

Loughnane has been slogging away for years to make a name for himself in MMA.

From competing on the Ultimate Fighter and being famously spurned by UFC boss Dana White in 2019 after winning his Contender Series fight, he’s had a bumpy road to the top.

Now, the 25-4 fighter believes he is finally on the precipice of achieving something great and understands that a win over Jenkins this weekend will not only cement his MMA legacy but also secure the financial future of his family.

“It means everything. I swear to God, on November 25 there’ll be no stone unturned, he isn’t taking that away from me I’m telling you now.”

With another PFL season right around the corner, Loughnane is unsure what he’ll do when it comes to fighting if he wins such a huge amount of money.

“It’s hard to say what you are going to want to do when $1 million hits your bank account,” he admitted.

“We can all say what we think it feels like but when it actually lands and you see all of them zeroes, it’s a whole different ball game.”

Loughnane will be joined by another British fighter in New York this Friday as Stevie Ray also hopes to become a PFL champion when he takes on Olivier Aubin-Mercier in the lightweight final.