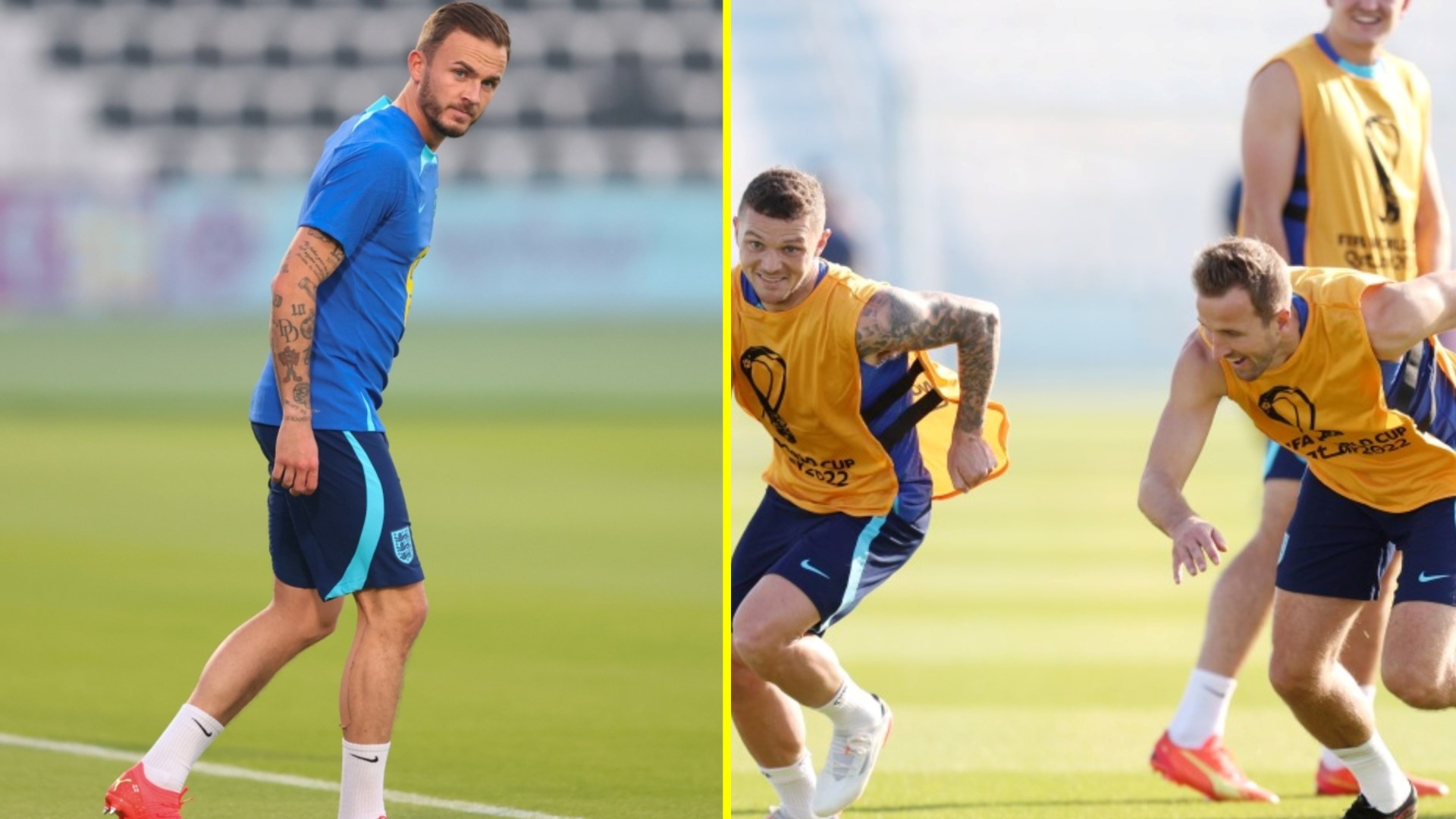 Harry Kane was back in England training on Thursday, but James Maddison was absent from the group once again.

The Leicester City midfielder was selected in Gareth Southgate’s 26-man squad for the World Cup despite carrying a small knock, and is still yet to be involved in any outside training with his teammates.

England revealed on Thursday morning that Maddison is ‘continuing to work indoors’ as the rest of the squad prepare for their upcoming clash against the USA.

talkSPORT’s Faye Carruthers confirmed his absence from the pitch at their Al Wakrah training camp, with uncertainty now being raised over the 26-year-old’s potential involvement in Qatar: “Maddison is not out [training with the group] again.

“That has raised questions over whether or not potentially, he should have been taken out of the 26 and replaced before that first game with Iran.

“When I sat down and spoke to Gareth Southgate the day before that match, when they still had the opportunity up until midnight to replace him if needed, he still didn’t know whether or not he was going to be able to feature in any training session.

“We’ve been out here now for ten days and he hasn’t featured in any outside training session yet, so that’s a big worry.”

Whilst Maddison may not yet be fit to feature for England during the World Cup, fans will be pleased to see that Kane is back on the training pitch.

The Three Lions’ captain was thought to be a doubt for the USA game following an ankle injury against Iran but Southgate has confirmed that after a scan, the striker will be fit to play on Friday.

He told ITV: “He’s good. He was working a little bit more individually today [Wednesday]. But he’ll be back in with the team tomorrow [Thursday] and he’ll be good for the game.”

The England boss also added: “We just checked him out. I think sometimes when you’re treating things, it’s important to know exactly what’s there and that was all good.

“It’s not so much the ankle, it’s more the foot. It was a poor challenge but one we’ve got away with fairly lightly.”

A win for England against the USA would see them advance to the World Cup round of 16 after just two games, with Wales being their final test in Group B next Tuesday.

It remains to be seen if Maddison will get some minutes in Qatar but he could face a tough battle to get into the starting line-up if their performance against Iran is anything to go by.