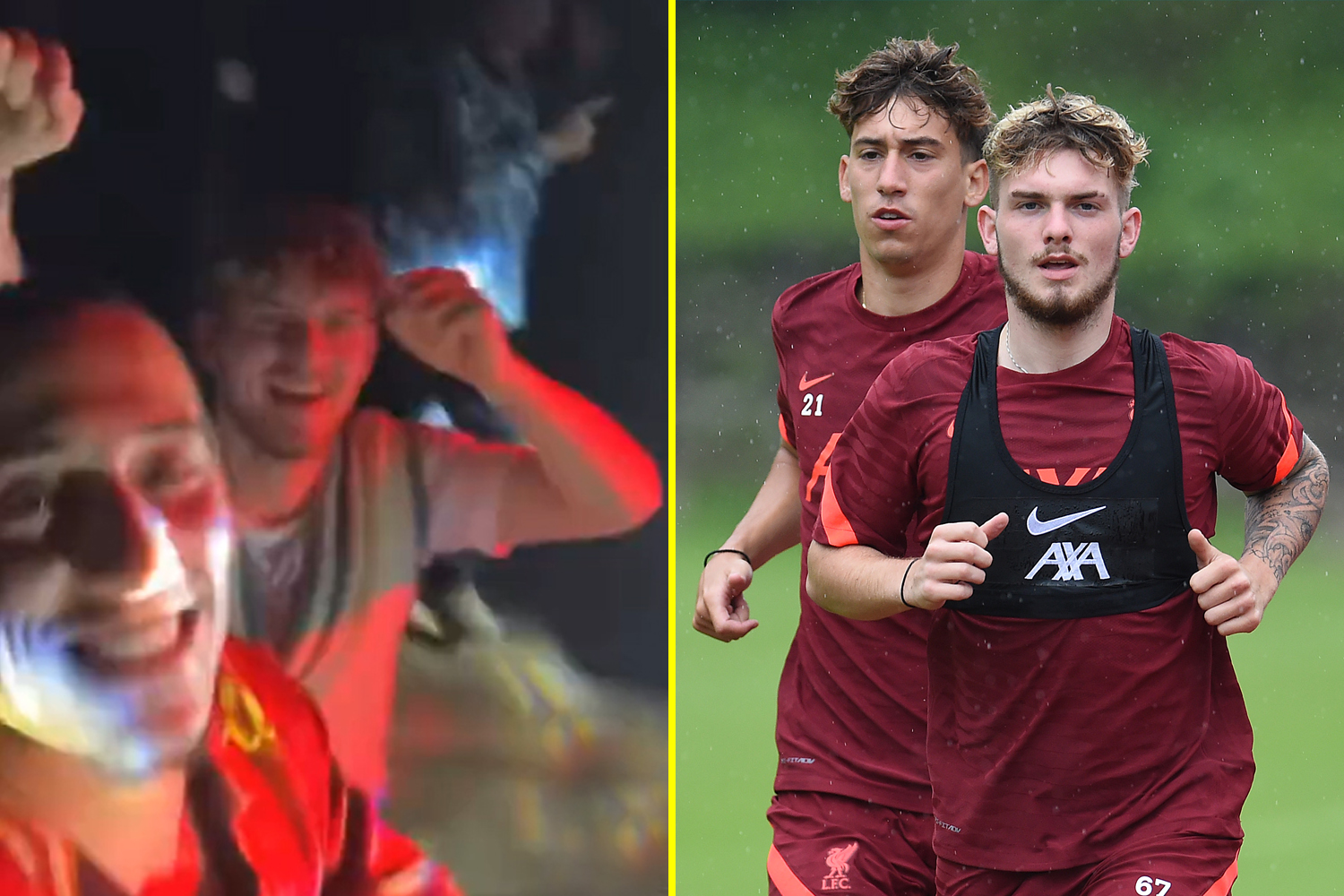 While many of world football’s top stars are pitting their wits against each other at the World Cup, others are enjoying a well-earned break.

That’s certainly the case for Liverpool duo Kostas Tsimikas and Harvey Elliott who appear to be letting their hair down.

With Premier League football not resuming until Boxing Day, many stars are taking the chance to enjoy themselves and that includes the Reds duo.

Tsimikas and Elliott made plenty of Liverpool fans happy when the Greek defender shared an Instagram story of the pair dancing the night away.

Seemingly in a deserted nightclub, the pair weren’t put off by the lack of people around them as they showcased their best moves to Tsimikas’ 1.3million Instagram followers.

Even better for Liverpool’s supporters was the fact that they were dancing to unofficial club anthem ‘One Kiss’ by Dua Lipa.

The song first became a hit with Merseysiders when the singer performed the single at the Champions League Final back in 2018.

Fans then chanted the lyrics after the match, leading Dua Lipa to say: “One of the highlights of the night was definitely seeing the video of all the Liverpool fans chanting along to One Kiss afterwards. I felt very honoured.”

Since then the singer has described herself as ‘an honorary Liverpool fan’, explaining why Tsimikas and Elliott enjoyed dancing to the song so much.