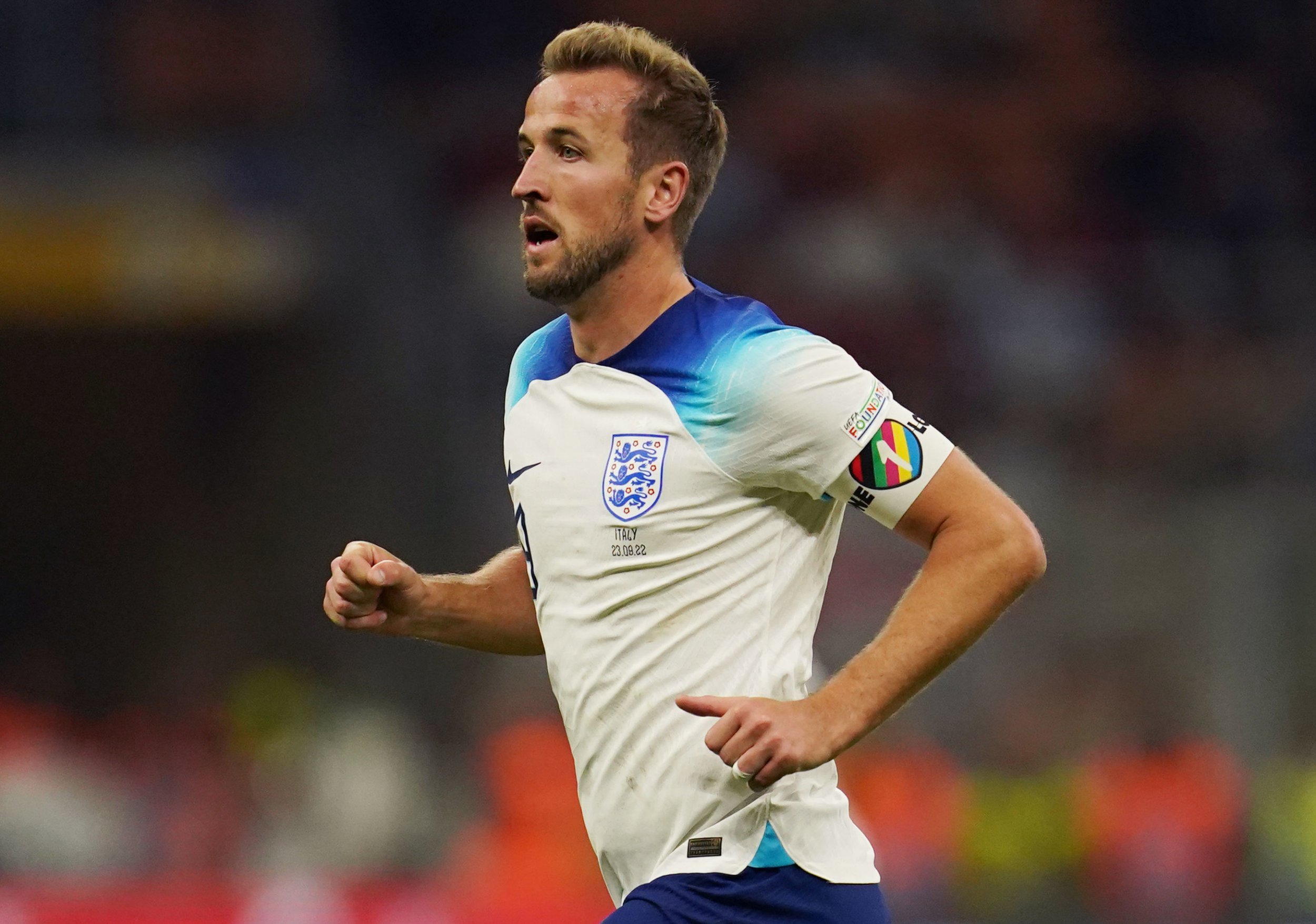 LGBT England fans have urged the Three Lions to follow Germany’s lead and make a gesture of solidarity in tomorrow’s World Cup clash with the USA after their last-minute U-turn on wearing the “OneLove” armband.

England and Wales play their second Group B matches just days after the decision they would not wear the rainbow-coloured armband after Fifa issued warnings that captains Harry Kane and Gareth Bale would receive yellow cards.

Germany, one of seven European teams which had planned to wear the armband ahead of Fifa’s decision, protested before their defeat to Japan by covering their mouths to indicate they had been gagged.

Now all eyes will be on England and Wales when they take the field on Friday against the USA and Iran respectively, to see how they respond.

Lisa Robinson, 43, from Aston Villa fans group Villa and Proud, told i: “I’d like to see them wear the rainbow armband or rainbow wristband or rainbow laces.

“[Wearing the OneLove armband] wasn’t a big gesture. But for them to then decide that they weren’t doing it anyway was even more of a kick in the teeth.

“If they genuinely believed in something, then they would have done it. Germany didn’t wear the armband, but they still displayed a form of protest. I would be disappointed if England don’t do anything.”

She added: “This isn’t politics. As a percentage of all of those blokes that are in the World Cup will be gay. So therefore, it’s not a political issue. It’s a personal issue. And we’re all people.”

Carl Fearn, the co-chair of Gay Gooners, an Arsenal fans’ group, raised fears that LGBT fans could be blamed if the England team are sanctioned as result of any protest, after “vile comments” were directed at LGBT supporters on social media following a protest at the Qatari embassy in London last week.

Mr Fearn, 55, said he would like to see “some sort of gesture” from England, but told i: “I certainly don’t want to be seen as a protagonist to get the captain of England to wear the armband and stick two fingers up to FIFA and then we get the backlash.

“Some of the younger people don’t realise that there are consequences here and we will get blamed if, for example, Harry Kane gets a red card for wearing for wearing the armband.”

Ashley Brown from the Football Supporters Association (FSA) accused Fifa of having “capitulated to intolerance” by banning players from wearing the OneLove armband.

Fifa’s timing, falling on the morning of England’s World Cup opener against Iran, had left players with “little time to react”, he added.

Mr Brown said: “Germany obviously had a little more time to think about how they would make their statement and they’re to be commended for making such an impactful and meaningful gesture.

“We’re sure that action hasn’t gone without notice in the England squad, many of the players have a track record in speaking up on social issues, and we’re certain they’d have approved.”

Meanwhile, Nuffield Health, an official sponsor of the English FA, voiced its “disappointment” at Fifa’s stance. A spokesperson told i: “We’re disappointed with their [Fifa’s] decision to prevent the England team captain from wearing the ONE LOVE armband as an anti-discrimination statement.

“We celebrate diversity and champion inclusivity, and have partnered with The FA to deliver on a shared ambition to positively impact communities up and down the country.”

French sports minister Amélie Oudéa Castera called for Les Bleus, who are not one of the seven teams who had vowed to wear the armband during the tournament, said he would like to see his country’s players follow the German example.

He said: “I think that Fifa’s decision to ban the One Love armband will be talked about for a while. Do I wish there had been a space for full freedom? The answer is clearly yes.

“Are there still spaces of freedom where our French team can continue to express their commitment to human rights? The answer is yes. The Germans are showing it.”

Meanwhile, some players have criticised controversy over the armbands and the questioning of those who have not worn them.

Belgium star Eden Hazard said after his side’s victory over Canada last night: “Germany’s gesture? They would’ve done better if they didn’t do it and tried to win.

“We’re here to play football, I’m not here to convey a political message.”

Swiss player Granit Xhaka said: “I don’t think we need to do anything as the Swiss team.

“We need to respect the rules and concentrate on our football, that’s all I intend to do.

“We’re here to play football and not hand out lessons to anyone.”

The row has led to the Dutch company that makes the “OneLove” items selling out its stock of 10,000 armbands, with the majority of orders coming since the start of the tournament.

“The big boom came actually with the World Cup coming up and for sure the statement of Fifa to not allow these captain bands on the field”, said Utrecht-based Badge Direct chief executive Roland Heerkens.

Wales’s game against Iran kicks off at the Ahmed bin Ali Stadium at 10am UK time, with the England USA clash starting at the Al Bayt Stadium at 7pm.