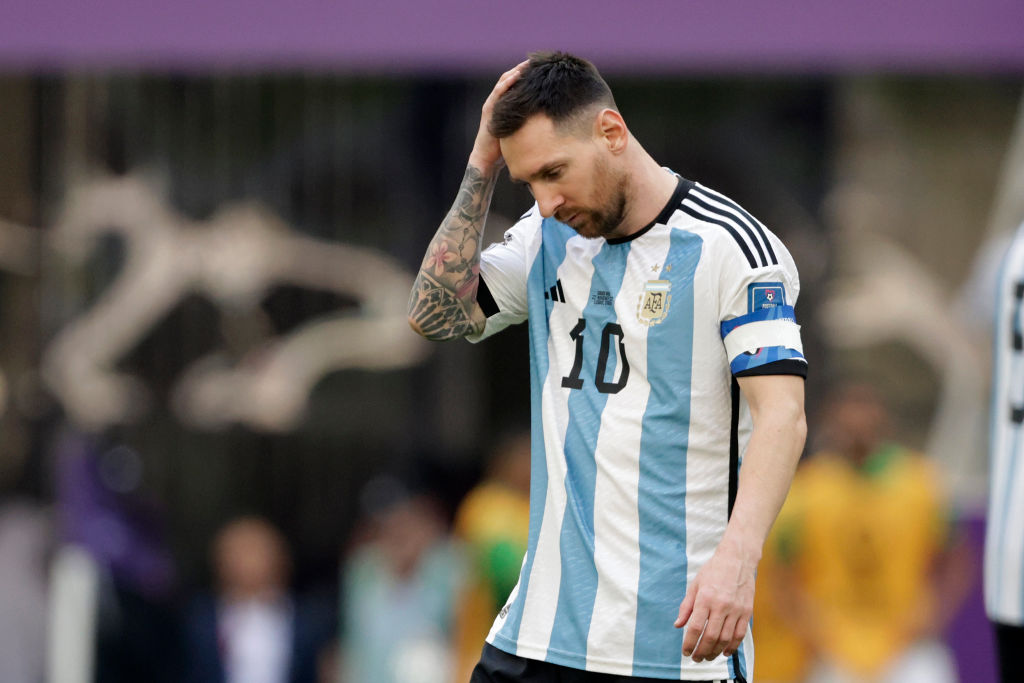 Argentina will need to quickly bounce back from one of their biggest shock World Cup defeats when they face Mexico this weekend.

La Albiceleste are one of the favourites to win this year’s tournament in Qatar but were beaten 2-1 by Saudi Arabia in their opening game.

Lionel Scaloni’s men can ill-afford another slip up in their quest for glory, as they face Mexico next.

Tata Martino’s side, meanwhile, held Poland to a goalless draw in their first match and defeat to Argentina would put their long-running tradition of reaching the last-16 under severe threat.

The match will at Lusail Stadium will kick-off at 7pm.

The action will be live on talkSPORT with Hugh Woozencroft serving as your presenter.

Commentary will then come from Nigel Adderley and former England defender Stuart Pearce.

Lisandro Martinez is pushing to be included from the start after Cristian Romero flatted to deceive against Saudi Arabia.

Julian Alvarez is another who could be introduced for Argentina, but both sides have no fresh injury concerns to contend with.

Argentina v Mexico: What has been said?

Messi expressed his disappointment at the defeat after the match, but issued a rallying cry to Argentina’s fans ahead of the next game.

Speaking via Argentina’s official Twitter account, Messi said: “We knew that Arabia is a team with good players, that moves the ball well and that advances the line a lot. We work on it, but we speed up a bit.

“There are no excuses. We are going to be more united than ever. This group is strong and they have shown it. It is a situation that we did not have to go through in a long time.

“Now we have to show that this is a real group. It’s a very hard blow for everyone, we didn’t expect to start like this.

“Things happen for a reason. We have to prepare for what’s coming, we have to win or win and it depends on us”.