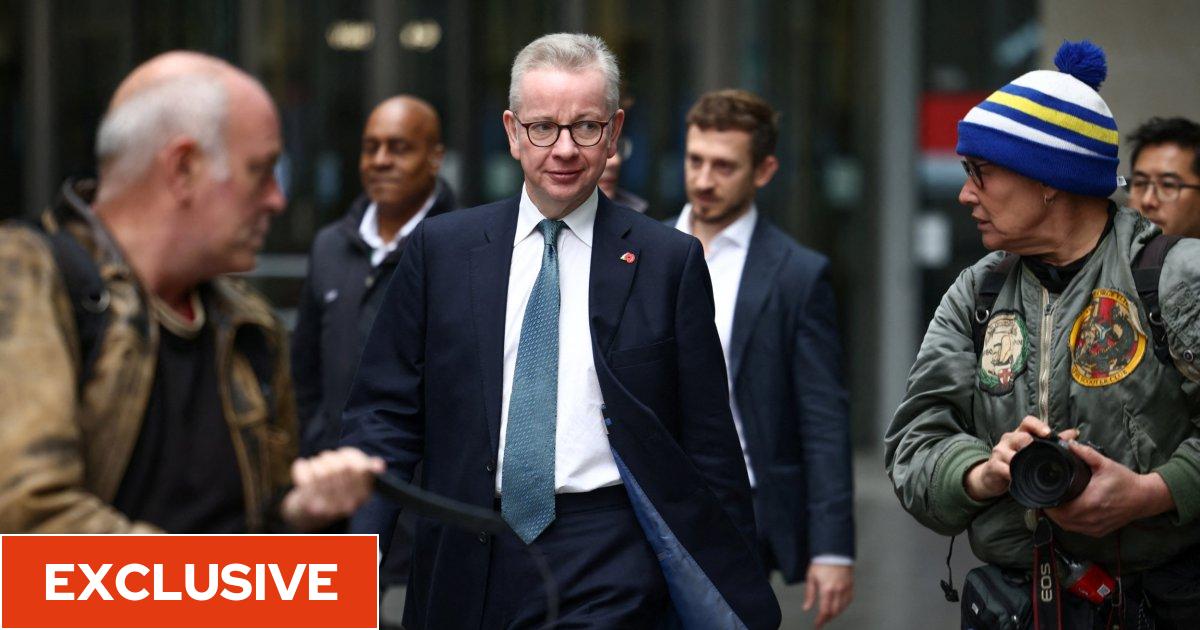 Housing Secretary Michael Gove has admitted poor housing conditions and the social housing shortage across the country are a “public health issue”.

In an exclusive interview with i, Mr Gove said that reading the coroner’s report into the death of two-year-old Awaab Ishak, who died in December 2020 because of “prolonged exposure” to mould in his social housing flat in Rochdale, caused him to feel “an immense sense of sorrow and anger”.

The Housing Secretary said the need for more social homes “has been sharpened” by both the death of the toddler, as well as i’s reporting on the housing crisis in recent years.

When i pointed out that the Conservative Party had been in government for 12 years, Mr Gove said he was bringing in new legislation – the Social Housing Regulation Bill – to give social renters more consumer rights and give the social housing regulator more power, but the Housing Secretary accepted that these reforms were promised after the Grenfell Tower fire killed 72 people and displaced dozens more in 2017.

“This legislation should have been introduced earlier,” he admitted, “it was meant to be introduced quickly after the Grenfell disaster, but I hope that people will recognise that the laws we are bringing forward now will make a difference.”

Speaking to i, Mr Gove said the Chancellor, Jeremy Hunt, recognised the need for more homes, including social and affordable, saying it was good for the economy and the most vulnerable. He said the cost of living crisis could not be seen as a “barrier” to getting it done.

Since 2018, ihas investigated countless examples of hazardous conditions in social and privately rented homes across the country and revealed that landlords are not fulfilling their obligations to their tenants while cash-strapped local authorities say they struggle to enforce what regulations do exist – such as the Homes Act 2018 which is supposed to compel landlords to ensure the homes they let are “fit for human habitation”.

Local councils and expert housing lawyers say the Act cannot be enforced because of funding. To that, Mr Gove said: “I think you’re also right; we need to make sure that local government has the enforcement resources it needs.”

According to the latest English Housing Survey 3.5 million occupied homes did not meet the Decent Homes Standard in 2020; 2.2 million had at least one Category 1 hazard – such as black mould – and 941,000 had serious damp. Such conditions pose a serious threat to inhabitants’ health and, as the case of Awaab Ishak has shown, can be deadly.

However, many renters, but particularly those with private landlords, fear complaining because of what’s known as a “revenge eviction”. This is where a landlord uses Section21 to evict a renter who complains about conditions and asks for repairs at short notice.

In 2019, the Conservatives promised to ban Section21 evictions. iasked Mr Gove what he would say to the 4.4 million households who rent privately who are still waiting for that ban and the peace of mind it will bring them?

“There are far too many homes that don’t meet decent standards,” Mr Gove said. “There are even more in the private rented sector than there are in the social rent sector which are simply not fit for habitation at the moment.”

“Awaab’s death reminds us that the circumstances in which far too many people find themselves are a direct danger to their health and wellbeing,” he continued. “So we are going to get rid of Section 21.”

When pressed on when that might happen, Mr Gove told i: “We are bringing forward a specific Renters’ Reform Bill which will get rid of Section 21 and lead to better conditions in the private rented sector.”

“We’ll be bringing that [ban] forward in this Parliament. It will be, I hope, introduced in the next calendar year. So, in 2023,” he said.

i told Mr Gove about the dozens of private renters who have been in touch to share their stories of poor conditions in the last week alone, as well as about a mother of four who has been living with severe damp and mould in social housing for the last 12 years and asked whether he thought the housing crisis was a public health crisis.

“There is a public health issue,” Mr Gove conceded.

When asked how he was going to make it clear to the rest of the government that the housing crisis is a public health issue, Mr Gove said: “the Health Secretary recognises that if we’re going to make sure that the NHS is there for people when they need it, we need to deal with the avoidable causes of illness that exist. And, one of the principal causes of avoidable illness is poor housing.”

“We know that some of the housing stock in this country is old, out of condition and needs to be replaced. Absolutely,” he said. “But in the meantime, we have to repair and improve the condition that they have the homes in which so many people live.”

The homelessness charity Shelter warn that there are currently over a million (1.4m) people on social housing waiting lists across the country and say that if we are to solve this problem we need to build 90,000 new social homes a year. Last year, just 3,077 homes for social rent were completed.

Housing experts such as the homelessness charities Crisis and Shelter agree that this country does not have enough good quality affordable homes. i asked the Housing Secretary how he was going to get these homes built, particularly after his planning reforms were withdrawn from parliament this week due to fears of a Conservative backbench rebellion.

“You’re absolutely right that we do need more homes for social rent,” Mr Gove said. He added that he wanted to work with social landlords, councils, developers and MPs from all parties to make that happen.

Increasing social homes, Mr Gove added “would save the taxpayer money” as well as meaning tenants “get a better deal” because the rent is lower.

In recent years, the number of people requiring state support who live in privately rented homes has increased and so, too, has the housing benefit bill. The government now spends more on housing benefit than on most government departments.

Expert housing lawyers such as Giles Peaker of Anthony Gold and private renting experts like Generation Rent have long agreed that the key to driving up standards in the private rented sector is funding while the likes of Crisis and Shelter have repeatedly said that the key to solving the housing crisis is building new social homes.

However, a key barrier to building those homes and bringing the ones that people already live in up to standard is money.

Asked how he planned to make that happen soon, Mr Gove told i he believed there was now “a consensus” and a “recognition” that we do “need to build more social homes”.

“In order to do so,” he added, “we in government have a role to play through the Affordable Homes Programme (AHP), we can give money to local authorities and housing associations. And we can work with Homes England to get that money out of the door.”

However, the AHP has faced challenges recently. It consists of £11.5bn worth of capital funding. It was announced in 2020 to deliver homes for social rent and shared ownership over five years between 2021 and 2026.

Mr Gove said he “understood the frustration” felt by many that providing new homes has been “difficult”.

He added that it had been made “more difficult because we are in a cost-of-living situation where the cost of materials has increased, and the labour market is tight.” However, the Housing Secretary was clear: “while these are obstacles that we need to overcome, they shouldn’t be barriers to trying to do everything that we can to increase those numbers. And that is what the Department [for Housing] is focused.”

The Housing Secretary, however, does not control the public purse. i asked him whether he was having conversations with The Treasury, which does?

“The Chancellor and the Chief Secretary both recognise that, for the good of the economy, and also for the welfare of the most vulnerable, that we do need to make sure that we do have more homes built, and more social and affordable homes built along the way,” he said.

Mr Gove noted that local government spending was “protected” alongside education in the Autumn Statement. However, as i’s Chief Political Commentator Paul Waugh has written, the Treasury may be looking at clawing back underspends in the AHP, a move that would effectively take cash from the very issue highlighted by Awaab’s death. Gove told MPs earlier this week that he was having “robust conversations” with the Treasury about that.

Inflation remains at a 40-year high and, for now, Mr Gove’s political will to improve housing standards and build social homes is clear but no new money to do that has been announced.

Have you experienced damp, mould or leaks in your rented home? Please email vicky.spratt@inews.co.uk