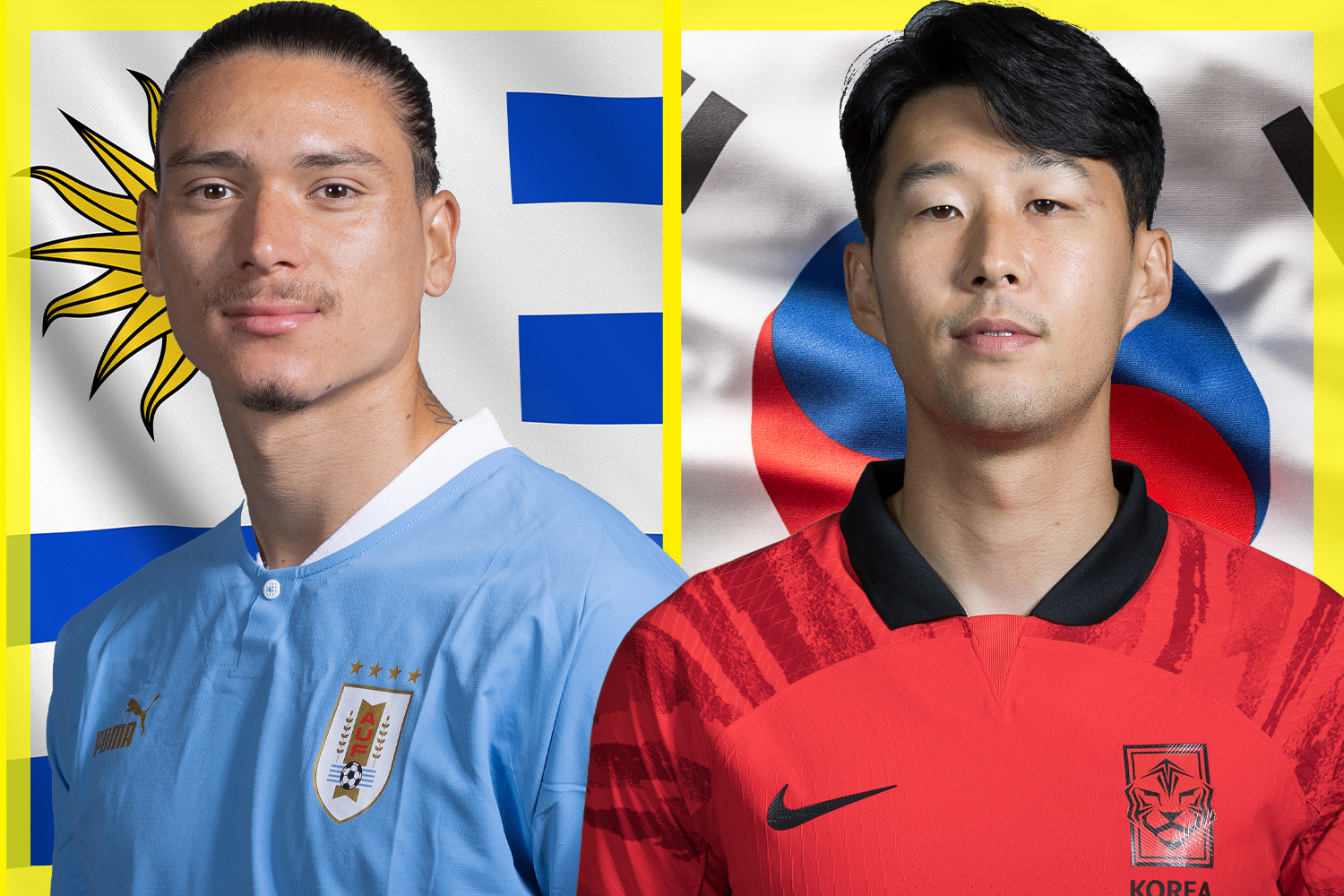 Two of the Premier League’s brightest attacking talents will hope to face off when Uruguay meet South Korea in the World Cup this afternoon.

Liverpool’s past and present Luis Suarez and Darwin Nunez lead a new-look attack for La Celeste as they hope to make waves in Qatar.

Uruguay made it to the quarter-finals four years ago, before they were fell to a 2-0 defeat to eventual World Cup winners France.

Diego Alonso’s side had knocked out Portugal in the round before, and the two teams will reignite their rivalry later this month.

But first Uruguay must face South Korea, who despite being eliminated in the group-stages in 2018, recorded a famous 2-0 win over Germany.

Paulo Bento’s men are spearheaded by Tottenham talisman Heung-min Son, who is fit to start despite a recent fracture around his left eye.

This World Cup Group H tie will get underway at 1pm UK time on Thursday, November 24.

The game will be held at the Education City Stadium in Al Rayyan.

The action will be live on talkSPORT from midday and we will also have a special pre-match preview show and plenty of analysis after full-time.

Hugh Woozencroft will be your host and commentary will come from Alex Crook and former Wales striker Dean Saunders.

talkSPORT will bring you all the latest news from the entire World Cup throughout November and December.