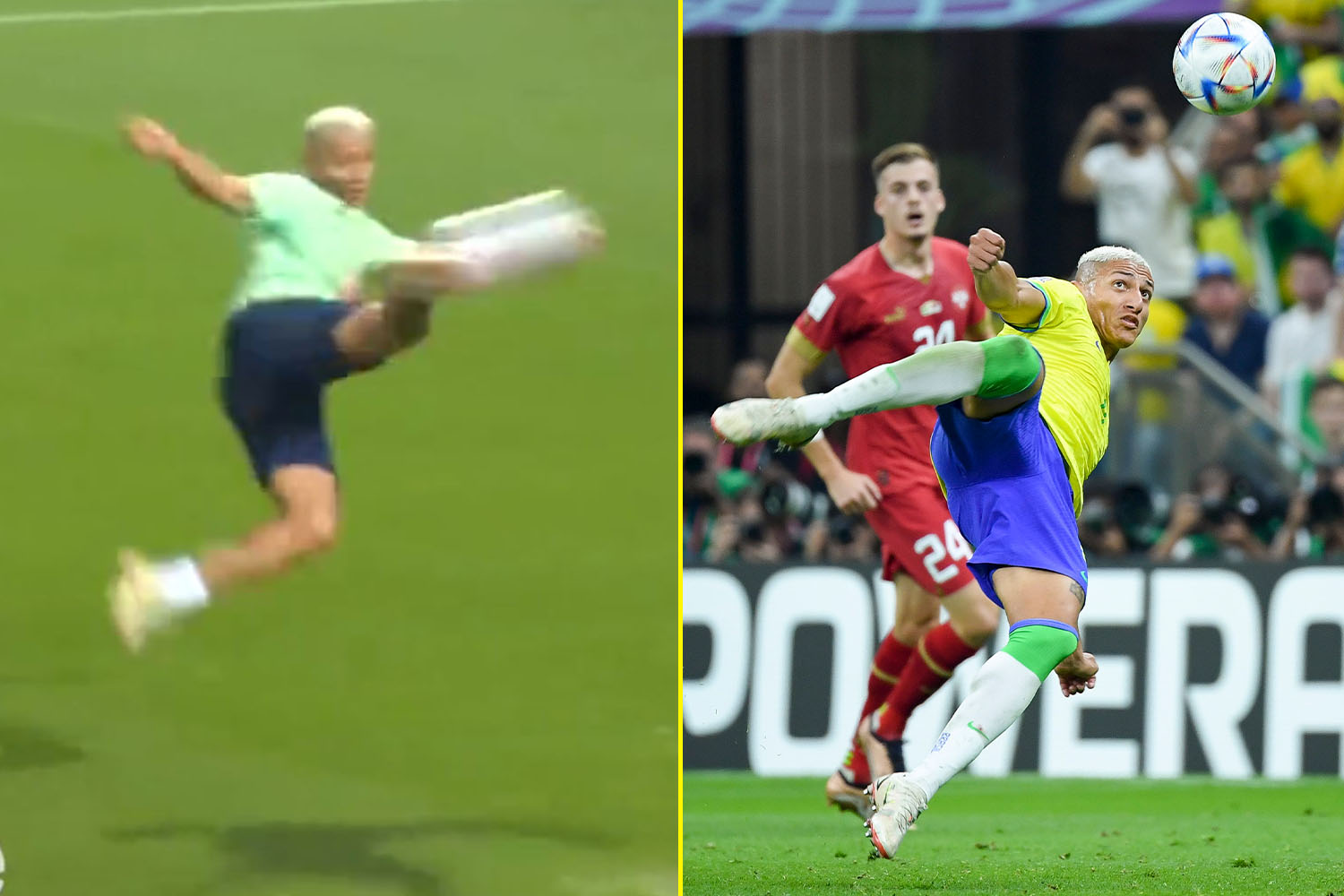 While you dream of glory, you’re rival is putting in the hard yards to ensure their dream come true.

Richarlison scored both of Brazil’s goals in their 2-0 win over Serbia, the second an iconic strike described as ‘one of the greatest in World Cup history’.

After miscontrolling a firm pass from Vinicius Jr, the Tottenham forward improvised incredibly with a stupendous overhead kick effort past Vanja Milinkovic-Savic.

“It was just an absolutely gorgeous goal to watch,” Ashton said on commentary for talkSPORT after the match.

“It’s the one you dream about as a kid in your bedroom where you throw the socks up and spectacularly overhead kick it into the wall where you’ve painted yourself a goal.

“Richarlison has just lived out his dream, that’s for sure.”

“It’s instinctive. He won’t have thought about it, it’s that instinctive movement where you go to take the touch and lifted it a fraction too high as it was played quite hard into him by Vinicius Jr,” Ashton added.

“He just thinks ‘what’s the quickest way for me to score?’ Well it’s doing this and that left arm seems to have a life of its own as it leads the elegance of the overhead kick and the leg just follows through.

“It was just perfect, that’s what it was because the contact was just so good. This isn’t one that bobbled in, it was one going in at pace. It was a great contact from Richarlison.

“It’s what you all travel to football through the years for. You’re waiting for these moments and it stuns you when it happens because you’re not expecting it.”

But training ground footage that emerged shortly after the ball nestled into the back of the net shows this was no fluke, with Richarlison seen perfecting his overhead technique ahead of the big day.

And as the old saying goes, practice makes perfect.