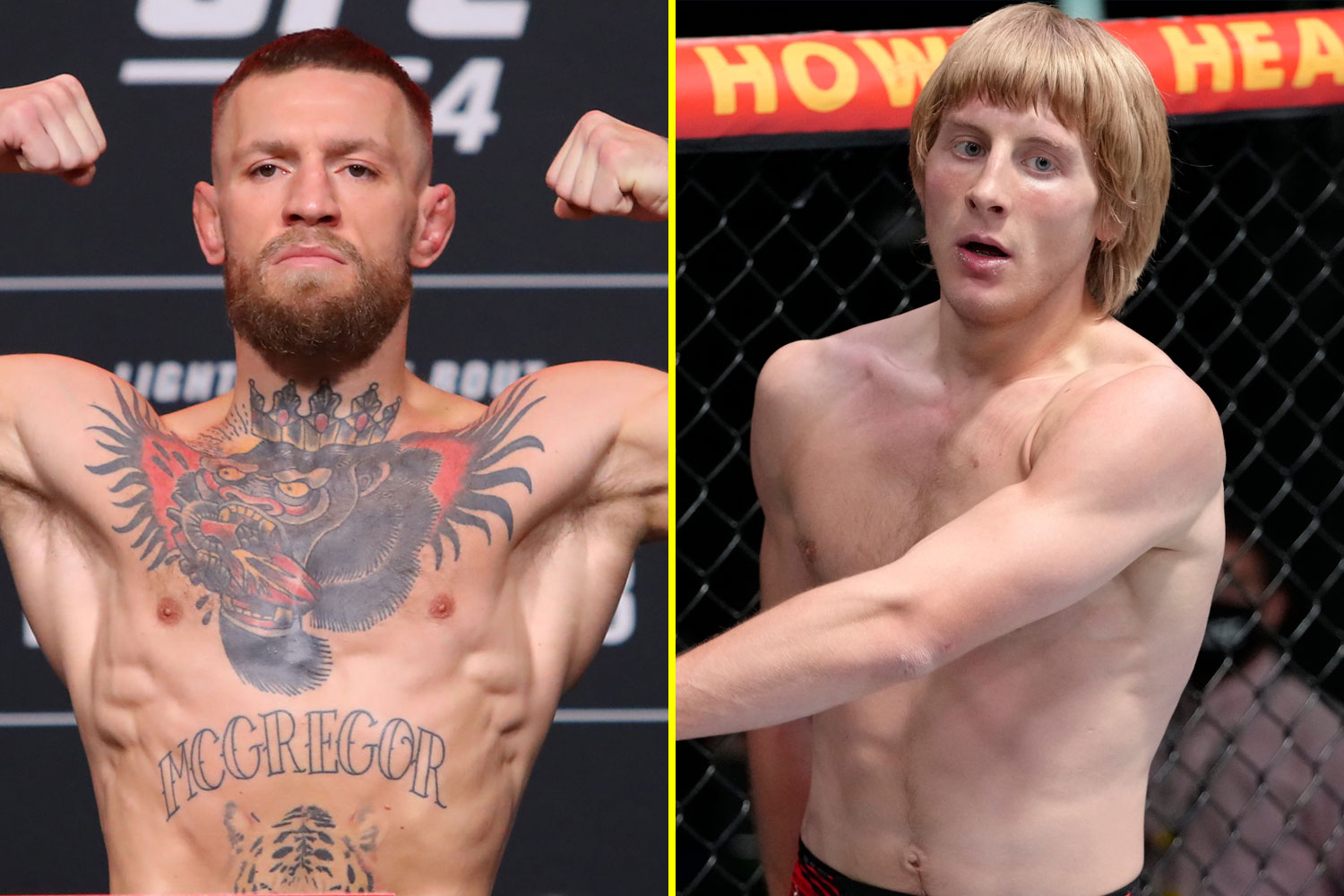 During his rise to prominence, Pimblett has become known for speaking his mind on social media and has been banned by Twitter for doing so.

On Tuesday, he took issue with AEW champion Maxwell Jacob Friedman – better known as MJF – claiming that professional wrestling is more dangerous than MMA before the duo began trading insults in a heated exchange.

MJF ended the argument when he suggested Pimblett is just another UFC fighter trying to follow the lead of ‘Notorious’ – who is the biggest star in MMA history.

“You’re a dollar store Conor McGregor talking, a Will from Stranger Things looking a** who wouldn’t last two seconds in my world #Betterthanyou See you in London.”

The former dual-weight UFC champion stepped into the argument after his name was mentioned, defending Pimblett who he has previously praised on multiple occasions.

“A dollar store Conor is still worth millions! Let’s go young Paddy Pimb! Don’t know who this other clown is,” McGregor tweeted, prompting an angry response from MJF.

“I’ll f*** the Conor clone up. Then I’ll wipe my a** with the original. Stay in your lane you roided up leprechaun. You can’t hang with the AEW World Champion,” he tweeted.

Neither McGregor nor Pimblett have responded to MJF since, as they both have bigger fish to fry right now.

‘The Baddy’ is currently preparing to face Jared Gordon at UFC 282, which he will co-headline on December 10 in Las Vegas after Jiri Prochazka’s recent withdrawal forced a reshuffle of the card.

Meanwhile, McGregor is training hard as he closes in on a return to the octagon for the first time since he fractured his tibia and fibula at UFC 264 in July 2021.

The 34-year-old recently revealed he will be ‘clear’ to re-enter the USADA testing pool in February and will take two drug tests before booking his eagerly anticipated comeback fight.