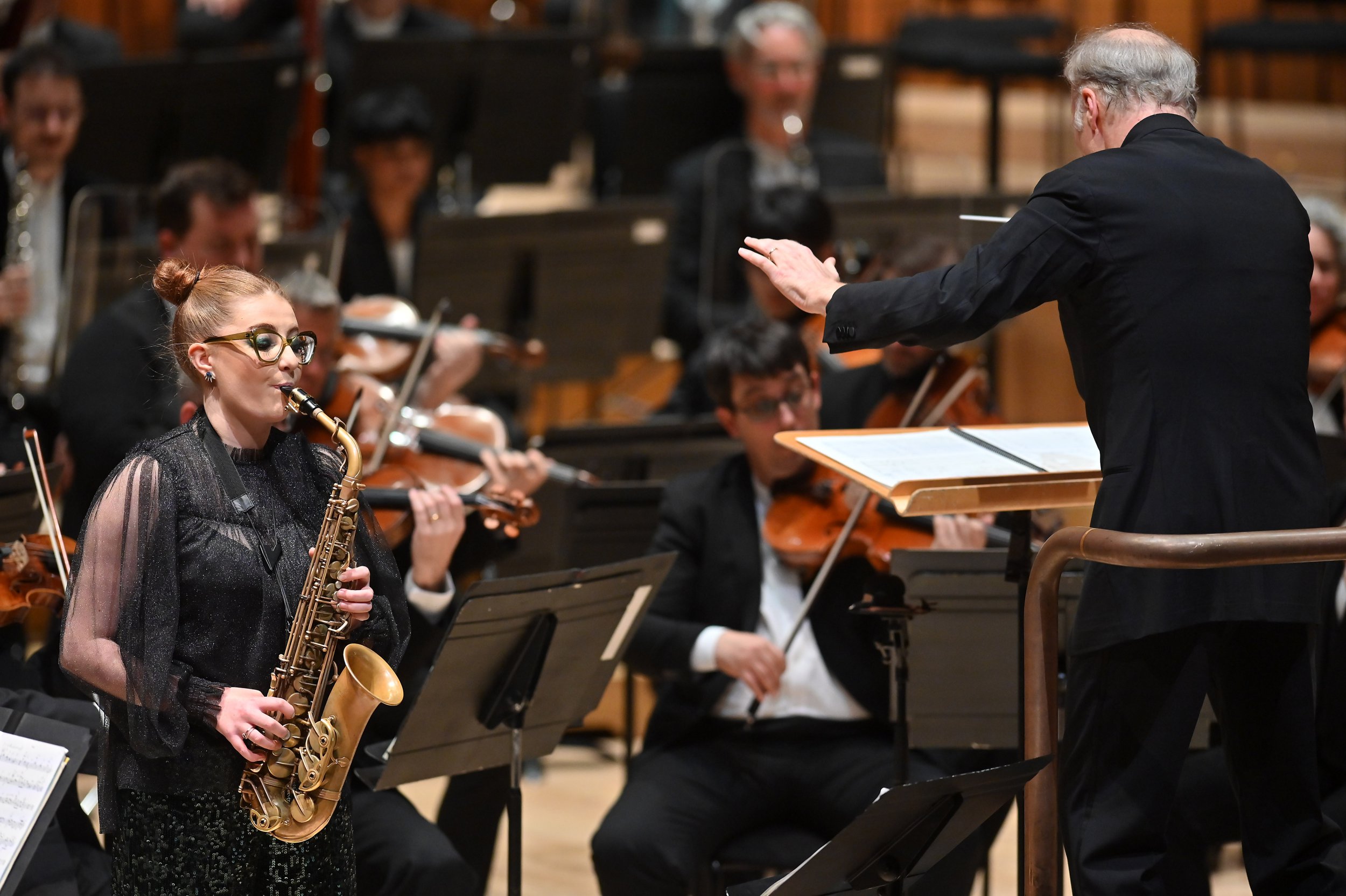 Sometimes there’s a vacant slot in the classical music star system which someone unexpected comes along to fill, and so it was with the teenage saxophonist Jess Gillam.

Now cosily hammocked on Radio 3 between the politically engaged Music Matters and the fruitfully exploratory Inside Music, her weekly programme, This Classical Life, brings a welcome new element to the Saturday morning mix.

Her style as presenter is chatty and cheerful, but in no way condescending, and she casts her net wide, with no genres excluded. Her conversations with interviewees go on over the top of the music, but they often convey illuminating ideas about it; listeners are invited to lob in their own suggestions as to what should be played.

Making her debut with the London Symphony Orchestra, as part of the London Jazz Festival, with John Adams’ Saxophone Concerto, Gillam had to field a googly before she’d played a note: her music stand was far too high, and neither she nor conductor Gianandrea Noseda were strong enough to wrestle it down. And if her jokey reaction helpfully broke the ice, it remained well and truly broken for the next 30 minutes, thanks to her effervescent delivery of this crazy work.

Inspired by the likes of Stan Getz, Cannonball Adderley, and Charlie Parker, this was jazz from start to finish, and Gillam produced some astonishing virtuosity. At times her sound was pure bebop, punching out staccato barks like a boxer; in tandem with Noseda she galvanised the LSO as I’ve seldom heard them before.

Adams’ description of the second movement of the work as “a species of funk-rondo” – with a closing exclamation from the sax like a musical “so there!” – seemed on this occasion particularly apt.

If there seemed a lot of new faces among the orchestral players, it was because this event was the climax of a fortnight’s intensive coaching for 11 young musicians from the summer school of the Music Academy in Santa Barbara – this being part of the LSO’s outreach strategy.

I couldn’t imagine a better workout for them. The concert opened with a rarity – an eloquent tone poem by Carlos Simon entitled This Land, which mused on the genesis of the Statue of Liberty – and then served up coruscating performances of two old faithfuls, Bernstein’s Divertimento for Orchestra, and Gershwin’s An American in Paris.

And if the Yankee swagger of the latter queasily evoked an America we’ve lost, the melting sweetness of the encore – “Summertime” – was balm on the wound.