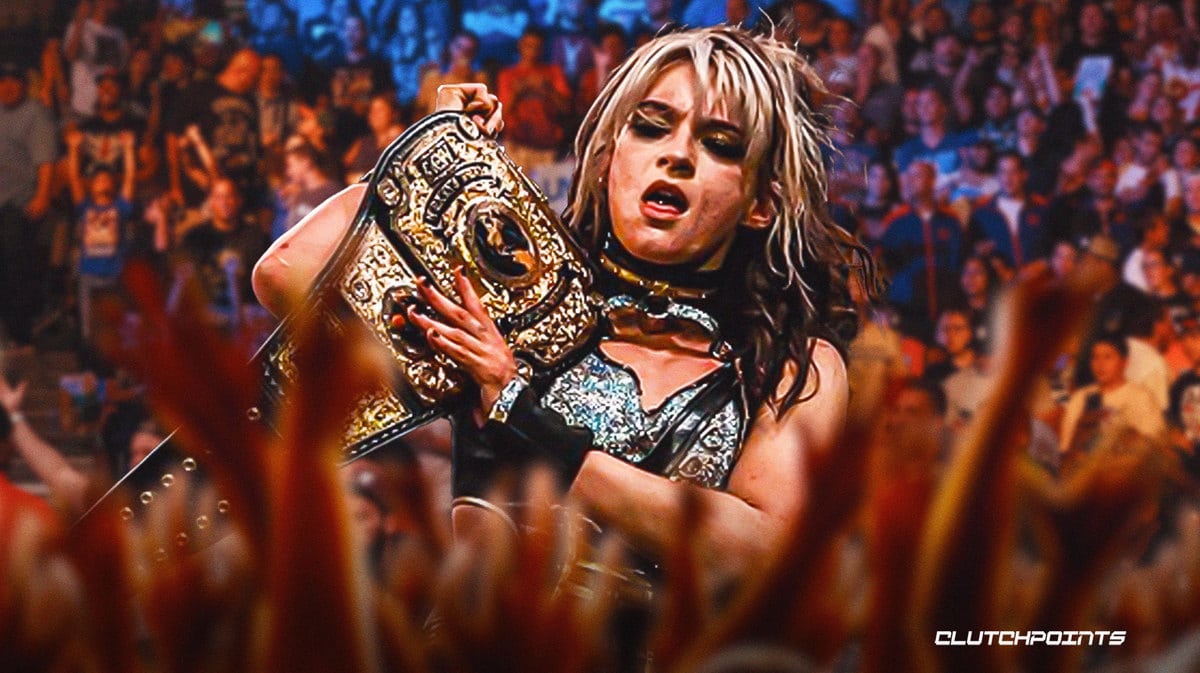 While George Carlin asserts that there are seven dirty words that you can’t say on television – look them up, if you dare – to fans of AEW, there is only one: interim. That’s right, AEW fans have no issue with belt, wrestler, or any of the other wild verbiage that would make Vince McMahon’s skin crawl, but calling a title an “interim” reign? Well, that’s enough to run a fan up the wall because it’s just so gosh darn confusing.

Take, for example, Toni Storm’s run with the AEW Women’s World Championship; Storm defended the strap on four occasions over 76 days and was considered by many a great champion, but because she lost the interim strap to Jamie Hayter at Full Gear, her entire reign is lost to history, as she never technically held the “real” AEW belt. This interim business affected Jon Moxley, affected numerous TNT Champions, and was set to affect Hayter, too, if nothing was going to change.

Fortunately, Tony Khan swooped in and made a change. After consulting with Thunder Rosa, the still technical champion, Khan had Renee Paquette inform the fans in attendance in Chicago and watching from home that La Mera Mera had dropped the belt, and because she vacated it, the reigns of Storm and Hayter were retroactively made whole, with the interim label removed. Hayter is the true, blue champion, and while she did have an interesting interaction with Britt Baker that shows that their friendship may not be long for the promotion, for now, everyone’s favorite Southampton native gets to celebrate her championship five days after winning it in Newark, New Jersey.

An important announcement from @ReneePaquette regarding the #AEW Women’s World Championship!@thunderrosa22@jmehytr@RealBrittBaker#AEWDynamite Thanksgiving Eve is LIVE on TBS! pic.twitter.com/fBlWMsEObs

Jamie Hayter wants to be the AEW fans’ champ, even against Britt Baker.

Speaking of Baker, during the media scrum after All Out, Hayter was asked about her relationship with the good Dr. and whether or not she would like to wrestle her best friend at some point down the line, as transcribed by Matt Black of Wrestle Zone via Yahoo Sports.

“Wow, me and Britt first met; the first time we wrestled was in some dive bar in London in 2019,” Hayter said. “So we met, wrestled at Pro Wrestling Eve, had a really fun match. And from then, we just kind of built this friendship after the first match,” Jamie Hayter revealed. “We got along really well; we clicked. She went back to America. I went over to Japan. We stayed in contact, and we just kind of built our friendship from there.”

“She is the reason I am at AEW. She’s the whole reason I’m here. Like she helped me so much, especially to get where I am today. So having her as a rival for the championship, I completely welcome it. I don’t think there’s better rivals in the ring than friends or people that you’re close to. I think that makes better matches because there’s more emotion behind it.”

“If you just wrestled someone you didn’t really know, or you don’t have an emotional connection with, then it’s just a wrestling match. But when you wrestle someone that you truly care about. Everything’s on the line. So I’m totally open to wrestling her anytime. And I would love it. I really would love to wrestle her again. It’s been so many years, and we’ve both got so much better. So please, anytime. If she wants it, let’s do it!”

Considering Baker has already attempted to thwart Hayter’s chance to shine in AEW on two occasions, it’s clear a match between the two performers could be in the cards in the not-too-distant future. Still, until that match happens and even after, Hayter intends to be a strong babyface champion, as she clearly has the fan support behind her back.

“I’m definitely the kind of person that does the best under pressure as much as I hate being under pressure. I like to not have stress or be anxious, but that’s when I’m at my best,” Hayter said. “So being a champion, I really think this is going to be an escalation of me improving in the ring, me wanting to and trying to elevate this women’s division to what it can be and what it will be and what it is.”

“It’s only going to keep growing and getting better. So I love every second already. I’m feeling the pressure already, and I can’t wait for it to continue; however long that is however long I keep holding this thing. I hope the pressure actually gets harder for me. Because that’s when I’m gonna do my best work, so yeah, I can’t really describe it. It’s a lot that if you want to be a champion, you have to suck it up and deal with it. And that’s what exactly what I’m gonna do.”

Though only time will tell what the future holds for Hayter, it’s nice to see three of AEW’s top belts being held by homegrown talents the promotion helped to build from the ground up on a national stage.