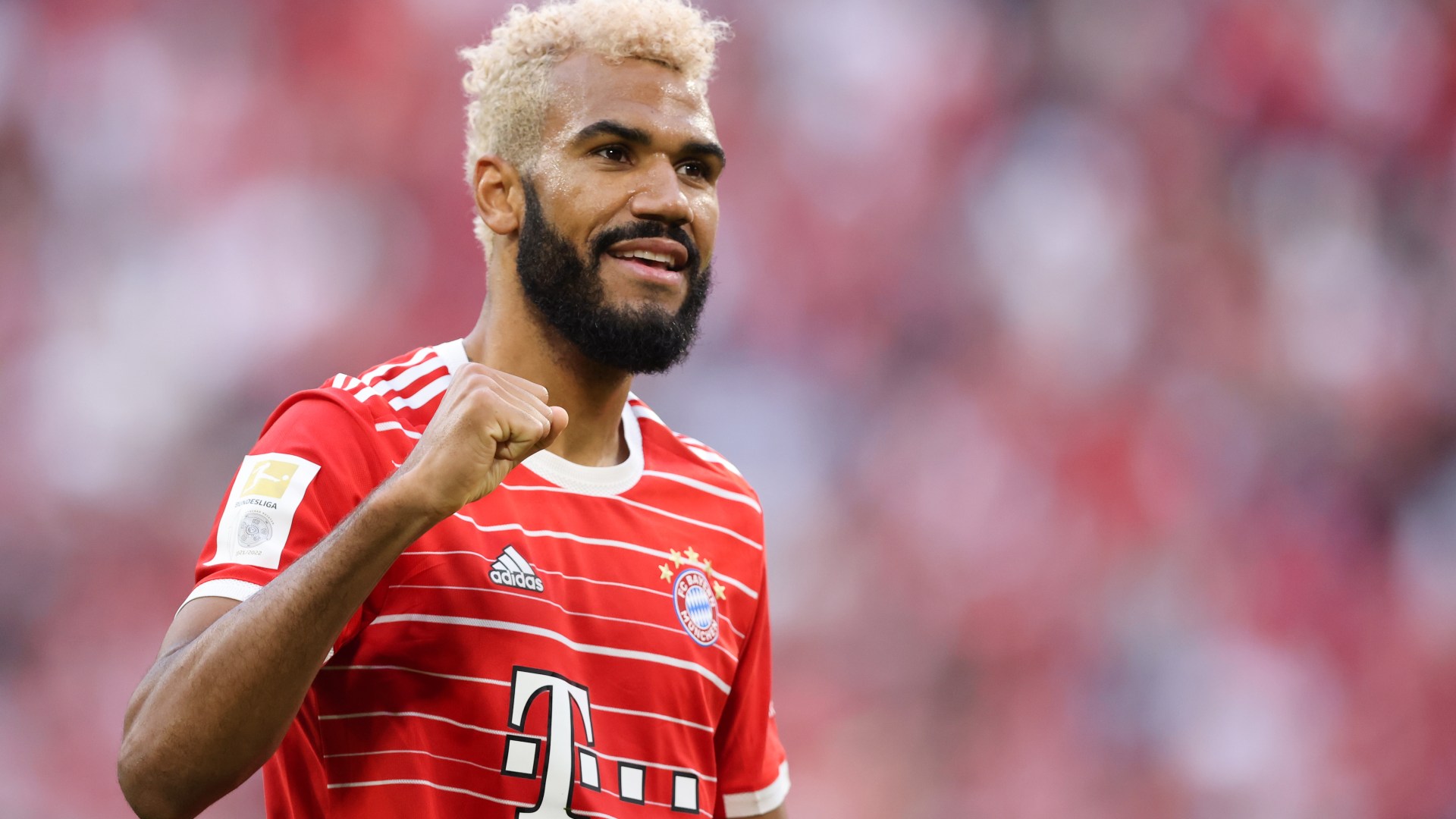 You’d think if a striker only managed to score five goals in 30 league appearances for Stoke City, they wouldn’t be anywhere special, right?

But Eric Maxim Choupo-Moting has defied the odds, having a fascinating career since leaving the Premier League in 2018.

This season, Choupo-Moting is in fine form for Bayern Munich, scoring eleven goals and assisting three in just 16 games in all competitions.

The Cameroon international is currently in his best form since leaving Stoke for PSG before joining the German champions in 2020.

Now, he’s ready to lead the line for ‘The Indomitable Lions’ at the 2022 World Cup as they face Brazil, Serbia and Switzerland in Group G.

“He’s obviously got a fantastic agent”

The striker has come a long way since his time at the Britannia Stadium.

His former forward partner Peter Crouch previously praised his ‘fantastic agent’ for helping him get a ‘fitting’ move to France two years ago.

Speaking to the Daily Mail, Crouch said: “You could see in training that he was a player but it just didn’t happen for him as it should have done on a matchday.

“It was probably fitting that he ended up in Paris after Stoke. When he was around the dressing room resembled Paris Fashion Week. He used to wear some clobber that you needed some confidence to pull off.

“Eric was a good lad and he’s obviously got a fantastic agent who has got him some fantastic opportunities.”


Why is new Chelsea man Pierre-Emerick Aubameyang wearing a mask?

The hero in Europe

Many were confused at the move to the Ligue 1 giants but he ended up proving himself on the biggest stage.

Two years ago, Choupo-Moting was the hero as he sent PSG to their first Champions League semi-final in 26 years.

He came off the bench to change the game, playing a big part in the equaliser before scoring the winner in a 2-1 victory against Atalanta.

Combining with Neymar and Kylian Mbappe, he was able to fire in the only goal he scored for the club in Europe.

But what an important one it was!

After making his move to Bayern in 2021, Choupo-Moting’s career had yet another incredible story but this time on the international stage.

Cameroon were facing Cape Verde and Rwanda in their Africa Cup of Nations qualifiers and the striker’s place in the squad was never in doubt.

However, he never received an invitation to join the team as the Cameroonian FA emailed themselves instead of their player!

His father would comment on the situation as he vented his disappointment.

He said: “For me, that’s a lack of professionalism.

“When sending invitations, be sure to send them to the correct address. If that doesn’t happen, I don’t understand why it’s the club’s or Maxim’s fault.”

Luckily, he has confirmed his place on the plane to Qatar this winter…

A month after this issue, Choupo-Moting started in the Champions League semi-finals for Bayern against his former club PSG.

This appearance added his name to a crazy stat about the relegated Stoke squad in 2018.

It meant that out of that squad, at least one player had played in the quarter or semi-final of the competition in every year but three since 2004.