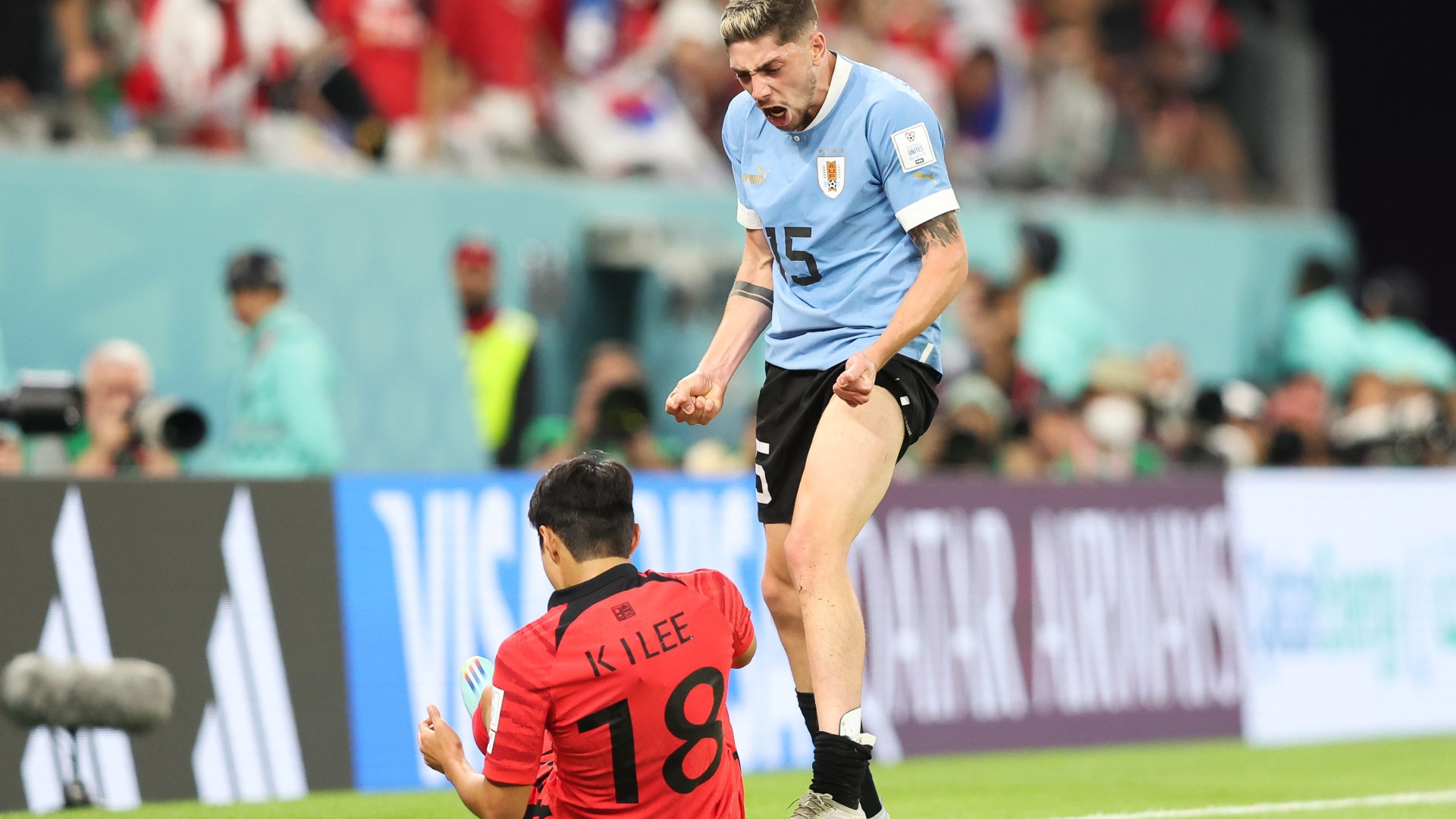 Uruguay’s Federico Valverde has been sarcastically praised after the Real Madrid star over-celebrated a tackle at the World Cup.

The two-time world champions couldn’t get going against South Korea, as the two Group H sides held each other to a 0-0 draw on Thursday afternoon.

The likes of Luis Suarez and Liverpool star Darwin Nunez couldn’t find the net for the South Americans, mustering up just one shot on target, while Tottenham’s Heung-min Son was also kept quiet.

However, there was one moment which summed up Uruguay’s performance for talkSPORT commentator and ex-Wales striker Dean Saunders.

As the match edged towards full-time, 24-year-old Valverde – playing in his first World Cup match – put in a sliding tackle on Kang-in Lee on the half-way line.

But it was what happened after that Saunders was rather surprised by, as Valverde got up from the tackle and punched the air in defiance… despite his side putting in a rather poor overall performance.

“Uruguay are in third gear, they can’t get going!” he said.

“It looks to me as if they’ve either over-trained, been out in the sun, or they’re just miles off it.