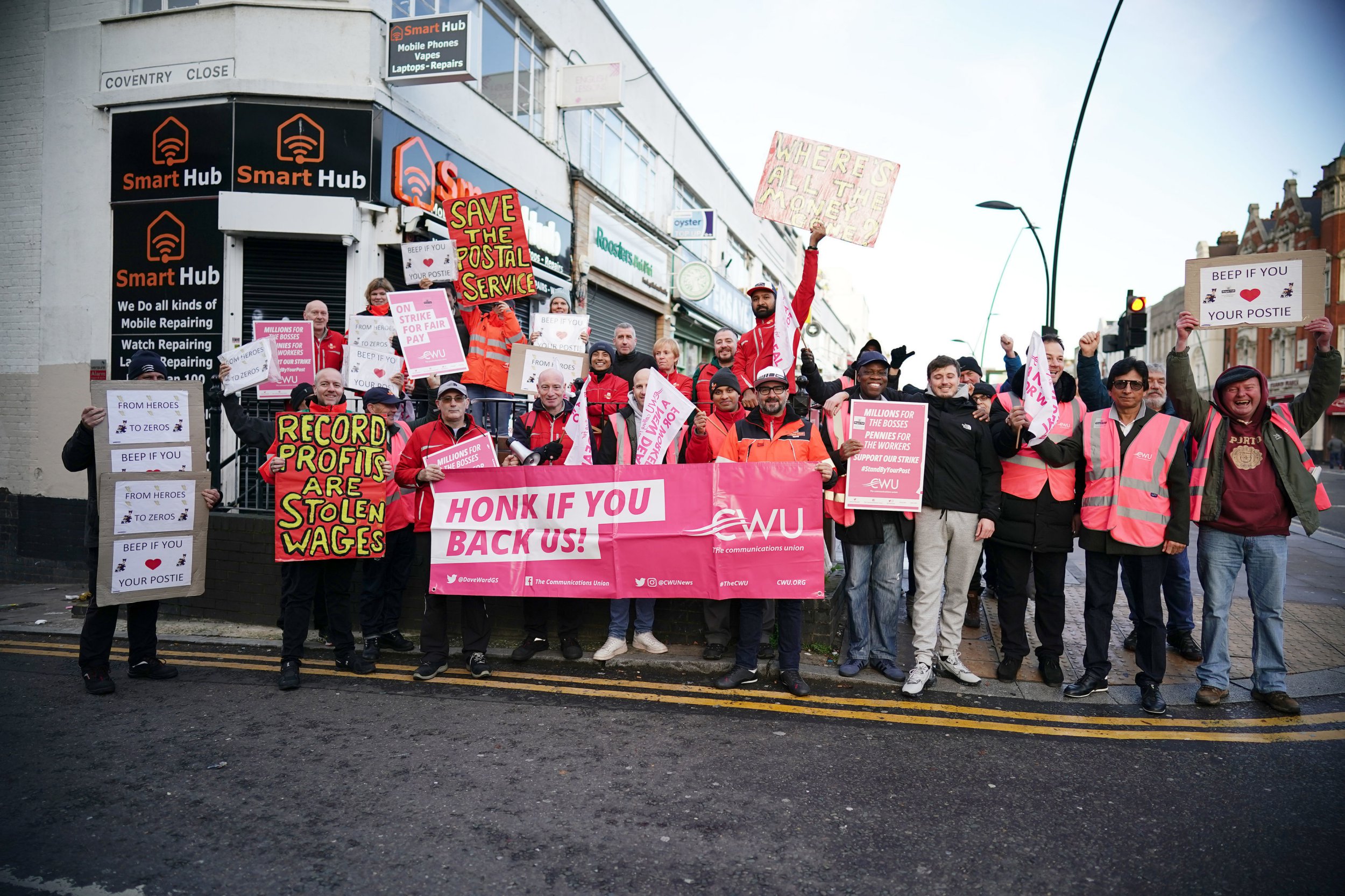 Further rail and postal strikes have been announced by the National Union of Rail, Maritime and Transport Workers (RMT) and Communication Workers Union over long-running disputes about pay and working conditions.

When are the postal strikes?

The union started its walkout today and workers will remain on strike tomorrow, disrupting Black Friday, one of the busiest days of the year for retail. Confirmed dates for December include 9, 11, 14, 15, 23 and 24 December.

Why are Royal Mail workers striking?

The CWU has said their proposal – which includes a guarantee of no compulsory redundancies, an improved 18-month pay deal offer and a business strategy that will encourage growth in the company – was rejected by management at the postal service. The union’s Royal Mail members voted by a 97.6 per cent majority to take action, after their terms were not met.

In a statement on its website, Royal Mail apologised to its customers, saying it will be “doing what we can to keep services running, but we are sorry this planned strike action is likely to cause you some disruption”.

What does this mean for deliveries?

Royal Mail has said that disruptions are likely and staff will not be delivering letters on strike days, with the exception of those sent with Special Delivery, but it cannot guarantee they will arrive. Medical prescriptions and Covid testing kits will be prioritized.

It is encouraging the public to send Christmas cards and gifts early to avoid delays. The final dates for UK delivery by Christmas are:

Most post offices are expected to be open on the dates the strikes are taking place, although a few will be affected by the CWU action. Postal deliveries and postbox collections should resume the day after each strike takes place.

Dave Ward, CWU General Secretary, said: “We are disappointed that instead of reaching a compromise to avoid major disruption, Royal Mail have chosen to pursue such an aggressive strategy.

“We will not accept that 115,000 Royal Mail workers – the people who kept us connected during the pandemic, and made millions in profit for bosses and shareholders – take such a devastating blow to their livelihoods.

“These proposals spell the end of Royal Mail as we know it, and its degradation from a national institution into an unreliable, Uber-style gig economy company.

“Make no mistake about it: British postal workers are facing an Armageddon moment.

“We urge every member of the public to stand with their postie, and back them like never before.”

When are the rail strikes?

The RMT rail union has announced strikes on 13, 14, 16 and 17 December and on 3, 4, 6 and 7 January 2023. The decision came after its members voted in favour of taking more action at Network Rail and 14 other train companies. Previous strikes by the RMT have had a major impact on services throughout England, Scotland and Wales.

There will also be a strike on 26 November, called by Aslef over pay. This will involve train companies including Avanti West Coast, Chiltern Railways, CrossCountry, Northern Trains, Southeastern, West Midlands Trains and East Midlands Railway – all of which will have no services running.

There will also be an overtime ban across the railways from 18 December until 2 January.

Why are the rail workers striking?

The unions have been calling for better pay for their members amid the cost of living crisis, with inflation now at a 40-year high of 11.1 per cent.

RMT general secretary Mick Lynch said: “This latest round of strikes will show how important our members are to the running of this country and will send a clear message that we want a good deal on job security, pay and conditions for our people.

“We have been reasonable, but it is impossible to find a negotiated settlement when the dead hand of Government is presiding over these talks.

“The employers are in disarray and saying different things to different people, sometimes at the same time. This whole process has become a farce that only the new secretary of state can resolve. When I meet him later this week, I will deliver that message.

“In the meantime, our message to the public is, we are sorry to inconvenience you, but we urge you to direct your anger and frustration at the Government and railway employers during this latest phase of action.

“We call upon all trades unionists in Britain to take a stand and fight for better pay and conditions in their respective industries.

“And we will seek to co-ordinate strike action and demonstrations where we can. Working people across our class need a pay rise and we are determined to win that for our members in RMT.”