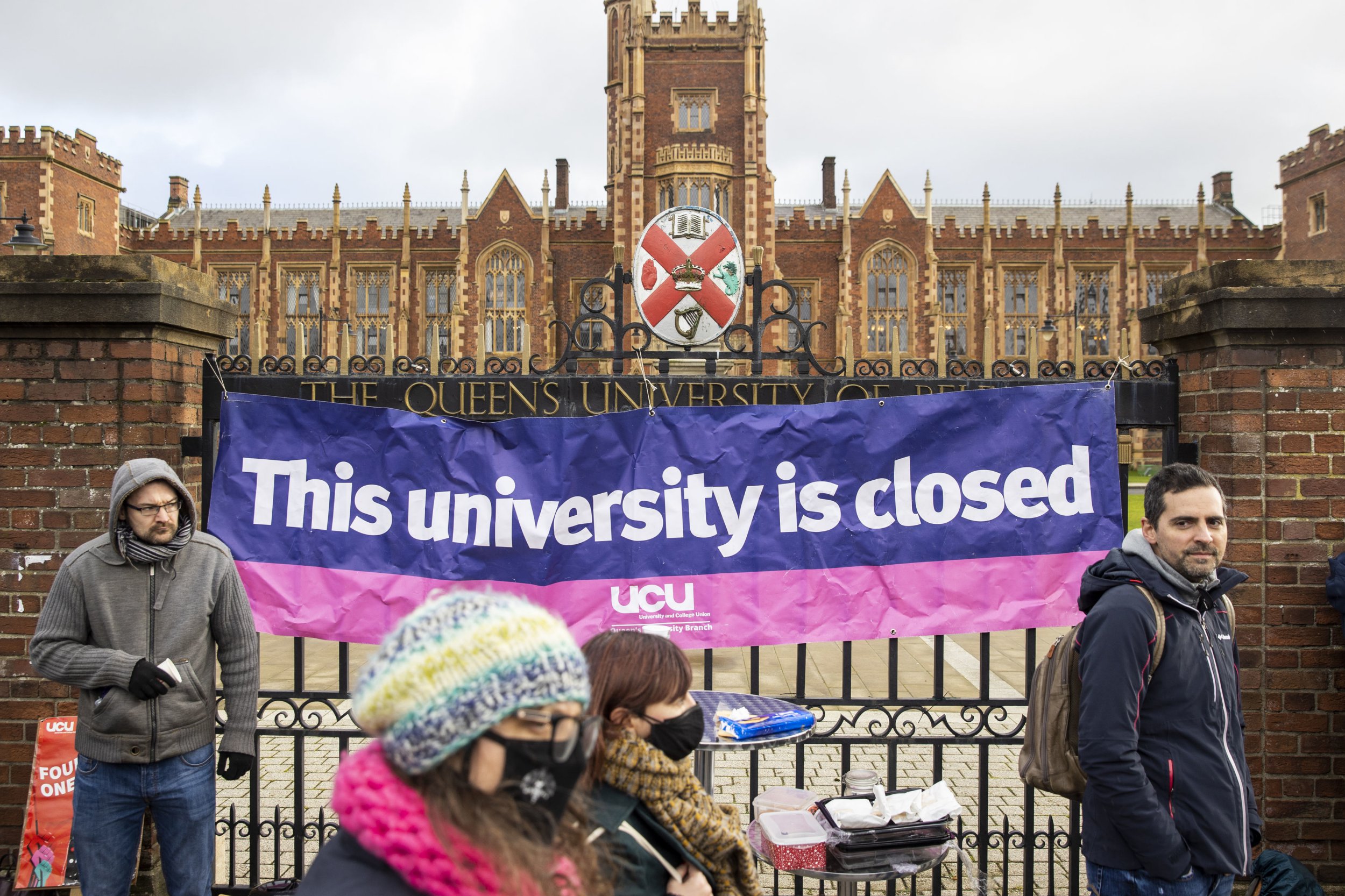 Roughly 70,000 members of the University College Union (UCU) will be striking over the coming week following a continuing battle over pensions, pay, and working conditions.

The UK-wide action could bring the entire sector to a standstill. In a statement on Twittter, UCU said: “We are going to deliver the biggest picket lines ever seen in higher education.”

Heather Connolly, an Associate Professor of Employment Relations explained: “When staff in higher education went on strike in 2019, the dispute was mainly around pensions [but] since 2019, issues around pay and working conditions have now surpassed pensions and become the main driver for the strikes.”

Why are university staff going on strike?

“The 150 UK vice-chancellors are paid a total of £44m per year. For such an unbelievable sum, I would hope at least one of those privileged 150 university leaders is capable of coming up with meaningful proposals to end the damaging cycle of industrial action in our universities that has gone on for far too long.

“Thanks to students’ astronomical fees, UK universities are awash with cash. QUB has over £600m in reserves and the sector as a whole has billions in its financial reserves.

“Yet they have been driving down real-terms staff pay for 15 years. Slashing our pensions by up to 35 per cent was another further cynical move that is rapidly making working in higher education a much less attractive prospect than it was a generation ago.

“This strike is about much more than current grievances. We are striking for future generations of staff and students.”

On pay, the union has demanded:

Professor Connolly says, “A wide range of factors within higher education in the UK, as well as in the union, have contributed to the decision to take industrial action.

“Beyond the ongoing pensions dispute, university staff have faced the effects of the increased marketisation of education, including a rise in precarious, short-term working contracts.”

Which universities are striking?

In total, 62 universities will see strikes over both pay and conditions and pensions:

Five will see strikes over pensions only:

Another 83 will see strikes over pay and working conditions only: