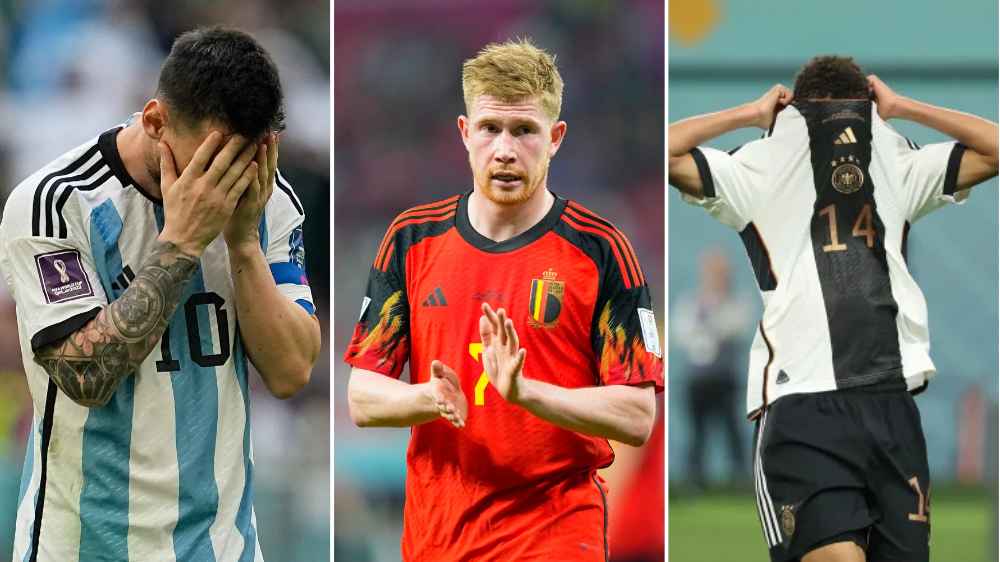 DOHA — From Vancouver to Riyadh via Tokyo, something is stirring at this World Cup.

Saudi Arabia’s sensational victory over Argentina tipped a domino that knocked over Germany and left Belgium – the world’s second best team – listing badly against World Cup greenhorns Canada. We should expect more of them to come in Qatar at this strangest, most surreal World Cup.

“This is not a normal World Cup format,” Roberto Martinez suggested in the early hours of Wednesday morning, having watched his heavily fancied side thoroughly outplayed.

Martinez is no stranger to applying top spin to disappointing displays, having made sunny optimism in the face of mediocrity something of a trademark when he was managing in the Premier League.

But he has a salient point. The mid-season staging of a World Cup, the lack of preparation time to fine tune tactical roles, players expected to apply a screeching handbrake to club careers to focus on their country – all of it was bound to impact this tournament.

“Normally you have five or six weeks to prepare, this time we had five or six days,” he continued.

“It is going to be about the national teams growing and I was delighted to win the game without playing well. There are two World Cups – the group stage and that needs to get you to a level. Then you get to the knock-out stages and it’s another World Cup.”

The preparation time explanation is given added weight when you consider Argentina’s conquerors Saudi Arabia had a two-month training camp, with locally based players released from club duties to concentrate solely on the World Cup.

Canada’s charismatic coach John Herdman refers to his team as “brothers” and believes that unlike some of the European nations – and Argentina – who waltzed through qualifying his team forged a bond in the adversity of Concacaf’s hazardous route to the finals.

“We played 20 games in World Cup qualifying, travelling to places like Haiti and St Kitts [and Nevis]. Alphonso Davies has gone on aeroplanes to these games – Bayern Munich probably didn’t want him to go but he did, and that’s commitment and it brings team spirit.

“Saudi Arabia were together for two months, prepping. We all have little bits of an X factor that we bring, and we have to bring it or else we get punished like some of the teams that really suffered against the big dogs.

“So for us we know exactly what our slingshot is and we’ve got to be ready to adapt it for different games now.”

Not every minnow has caused a splash. Costa Rica were routed by Spain, Iran undone by England. Australia might have shaken France but class ultimately told.

But it does feel like there is a shift taking place in the global game. The tactical trend towards a pressing game – commented on by Arsene Wenger in the technical team’s briefing before the tournament – allows teams like Canada to be more comfortable playing a high line.

Japan and Saudi Arabia rode their luck but their intensity was impressive throughout their games. It eventually allowed them to overhaul the technical superiority of their opponents.

The question now is whether the bigger nations will adapt and improve, as Martinez suggests. Poland are next up for a flying Saudi side, Croatia for Canada. Those may not be the most glamorous games of this first round but they will be among the most fascinating.

As Herdman said: “The cover is off for Canada, teams will come into the next games respecting us a bit more.”