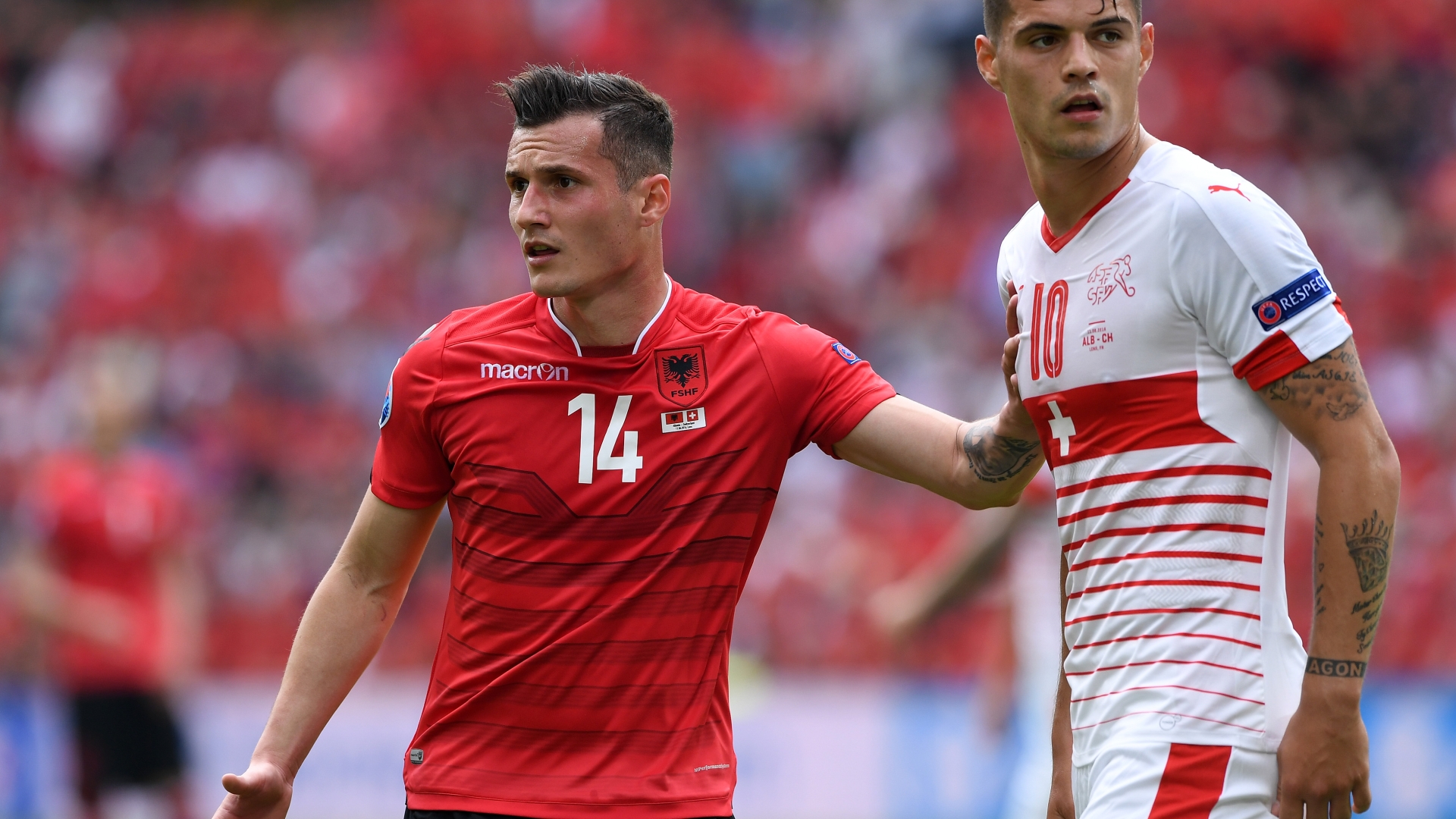 Granit Xhaka has long provided a modern twist on the age-old concept of Swiss neutrality after regularly cheering on his older brother Taulant and Albania.

Switzerland captain Granit is set to proudly lead out the country he was born and raised in at the World Cup in Qatar.

His brother Taulant will be supporting from the sidelines having failed to qualify for the tournament from England’s group with Albania.

The Xhaka siblings, who were practically inseparable as children and still remain close, both started at Basel but their careers at club level and internationally have since gone on a vastly different route.

Their parents migrated to Switzerland from the largely ethnically Albanian Kosovo – then part of Yugoslavia – back in 1989.

The siblings were both born in Basel within 18 months of one another – Taulent first in March 1991, before Arsenal star Granit followed in September 1992.

They each came through the ranks at boyhood club Basel and represented Switzerland at youth levels.

But, while Granit made his senior bow for the Rossocrociati in a 2-2 draw against England in 2011, Taulent opted for Albania two years later.

The former told Arsenal Player: “In the Swiss national team we have players with links to many different countries, maybe people who don’t just have Swiss roots. That’s why it’s very important that we respect each other, and that really works well in our team.

“Switzerland is my home, it’s where I was born and grew up, but I will never forget my parents’ roots. My blood is Albanian and nobody can take that away from me. My heart is 50:50 – I can’t say I’m more of one than the other. I have two homes, Switzerland and Kosovo, and that’s how it will always stay.

“I’m grateful for what Switzerland has done for my parents, for us. You can’t forget that. As I said, I was born and grew up there. I went to school there, I took my first steps there – both in football and in my private life. It will always be my home.”

The Xhaka siblings later became the first brothers to play against each other at a European Championship in 2016 when the Swiss faced Albania.

Their mother famously watched from the crowd with a T-shirt that carried the name ‘Xhaka’ and combined both nations’ flags.

Granit won the battle of the brothers’ 1-0 that day and later revealed to Arsenal what it was like to face Taulent for his country.

“The feeling to play against your own country is unbelievable,” Granit Xhaka said. “You can’t explain that in words. But then to play in a tournament like the Euros against your brother is something you never forget.

“My mum had a shirt which was half Switzerland and half Albania. The first thing our parents told us was to forget for 90 minutes that we are brothers. They told us to do our jobs and that after 90 minutes, we’d be together again.

“I spoke with my brother as well before the game and I said to him ‘listen, if I need to tackle you, can I?’

“It was about doing our job. We couldn’t change that, so we focused and did our job right so nobody could say something to us.

“After the game, I was the guy who was more happy because we won but the feeling was unbelievable.

“My brother and I are very, very close. Now we both have kids and are married with our own families. But I speak with him maybe five, six or seven times on FaceTime each day.”

Taulent announced his retirement from international football in November 2021, citing injuries and personal reasons behind his decision.