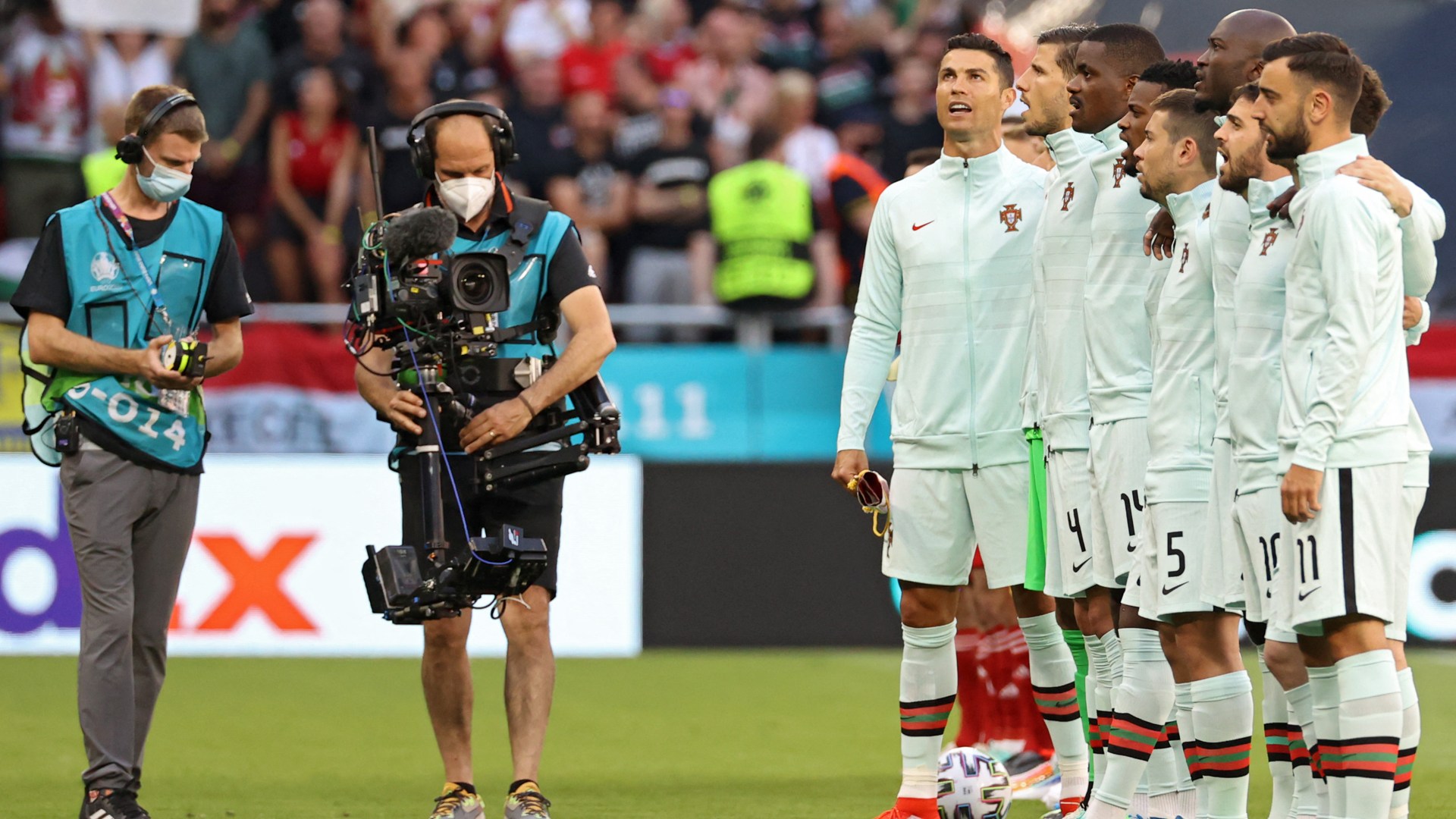 Cristiano Ronaldo will be aiming to win the World Cup for the first time as he leads Portugal in Qatar this winter.

This tournament is likely to be the footballing icon’s last World Cup and his final chance to lift the trophy that has eluded him throughout his career.

The captain will be leading by example as he brings his team out onto the pitch for each game in the Middle East.

But, fans will notice that Ronaldo has a different stance to the rest of his team when singing the Portuguese anthem. Here’s why…

Why does Ronaldo stand sideways during Portugal’s national anthem?

In the usual tradition before every international game kicks off, both squads stand together as the national anthems are played.

Although when Portugal play, many have noticed that Ronaldo is standing sideways in the line-up of players.

As the team put their arms around each other, the captain turns to the side and stands at an angle to sing.

He does this so he can face the Portugal flag in the stadium as a patriotic gesture during the anthem.

Ronaldo has made this a tradition of his over the years as he shows respect to his country ahead of games.

But will this turn out to be the last major tournament we see this signature move from Ronaldo?