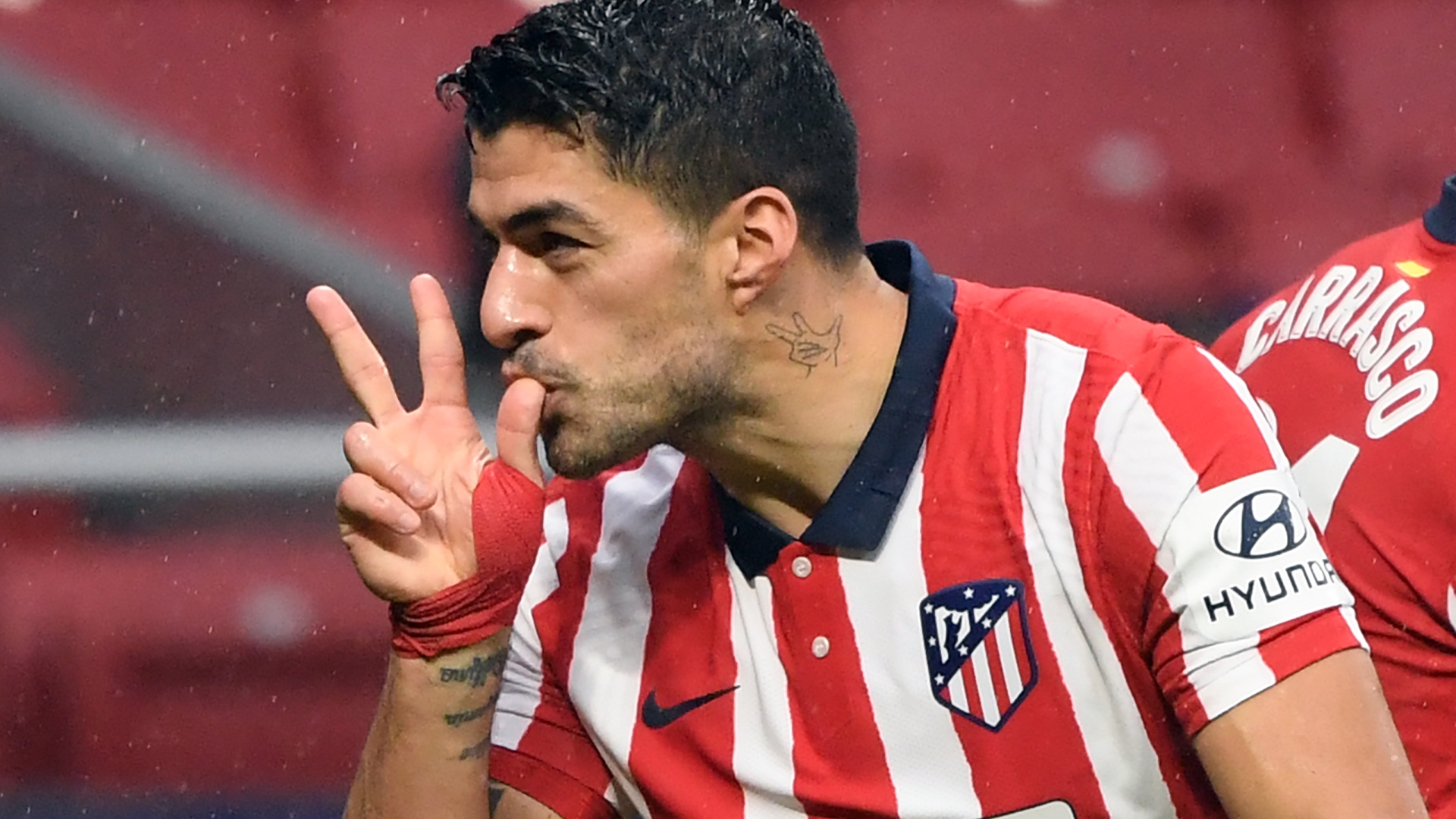 Luis Suarez has had a staggering career for club and country and Uruguay fans will be hoping to see his famous celebration at one last World Cup later this year.

Suarez enjoyed a trophy-laden time with Barcelona, Ajax and Atletico Madrid before leaving the latter this summer to return to his native country.

Suarez started his career with Nacional and has returned to score eight goals to help them win the Primera Division.

The former Liverpool man has also competed in three World Cups and looks set to be part of the Uruguay squad for the Qatar World Cup.

So we can expect to see a lot more of his signature goal celebration as Uruguay bid to have a successful tournament.

Why does Luis Suarez kiss his wrist when he celebrates a goal?

With over 500 career goals, you’ll likely have seen Suarez whip out his signature celebration moves.

This is actually a tribute to his family.

He has a tattoo on his wrist that reads ‘Delfina’, which is the name of Suarez’s eldest daughter.

First he kisses his ring finger as a nod to his wife Sofia, before kissing the tattoo.

And finally he completes the celebration by kissing three of his fingers to signify his wife and two kids.