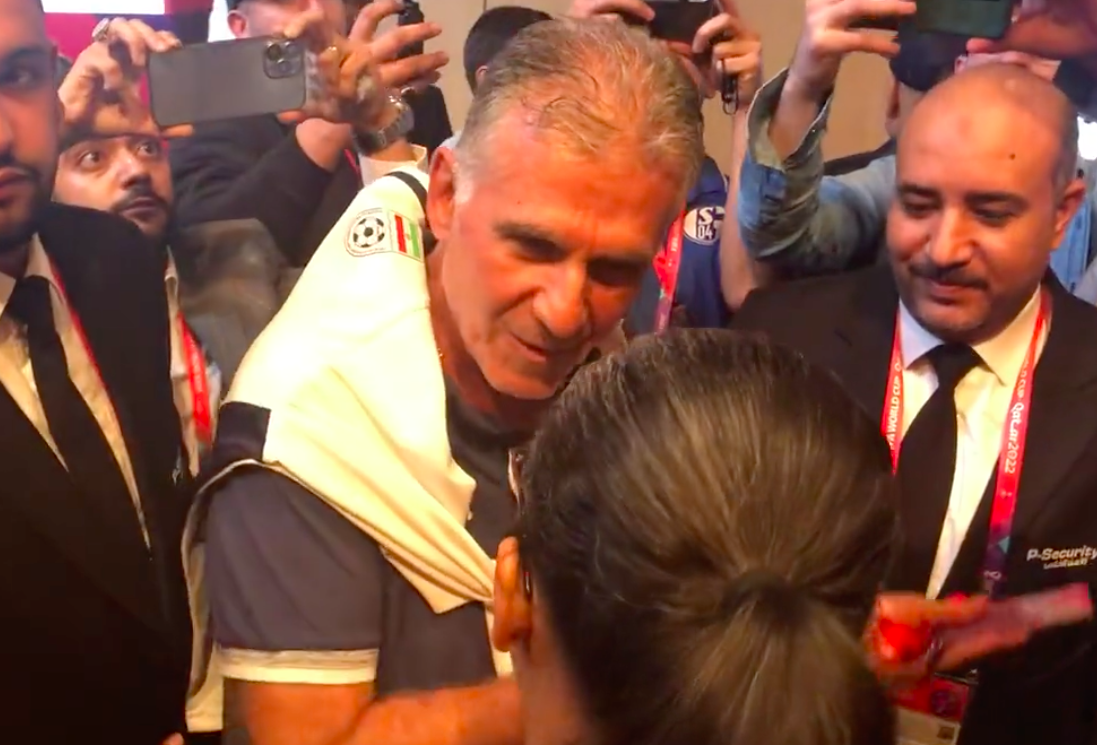 Carlos Queiroz confronted a journalist after his press conference over questions regrading ongoing protests in Iran.

“Why do you ask these questions? Why? I’m talking with you,” Queiroz said as he approached the journalist after a press conference.

“‘I’m asking one thing to you now. The press conferenced finished. Do you think this is fair?

“Why don’t you ask other coaches, ask [Gareth] Southgate what they think of England and the United States, how they left Afghanistan?”

Taremi was asked if he had a message for those protesting against the government following the death of 22-year-old Mahsa Amini’s.

Thousands of people have protested in Iran following her death, which occurred after she collapsed after three days in police custody.

Iran’s national team failed to sing their country’s national anthem, before their 6-2 defeat to England, as a sign of support for the protestors.

Taremi insisted the team were under no pressure to sing the national anthem for their game against Wales.

Queiroz had earlier been asked about whether it was ‘fair’ for western journalists to ask questions about the situation in Iran.

“It is just a matter that we respect each other. There is for us not any problem with your question, whatever it is.

“It is important that if we answer whatever we want, you also need to respect that … There is nothing wrong that the international press make the questions that they want.

Iranian team refused to sing the official Iranian anthem at #FIFAWorldCup2022 as a sign of support for protesters in their homeland.

Admire everyone who is fighting for freedom and democracy! The price of freedom is so high but it’s the only option. pic.twitter.com/veLe2DPCgr

Concerns have also been raised following the recent arrest of Iranian footballer Voria Ghafouri on accusations he ‘spread propaganda’ against the Islamic republic.

The 35-year-old right-back was arrested after a training session on November 24, after being a vocal critic of the country’s regime and crackdown on protests.