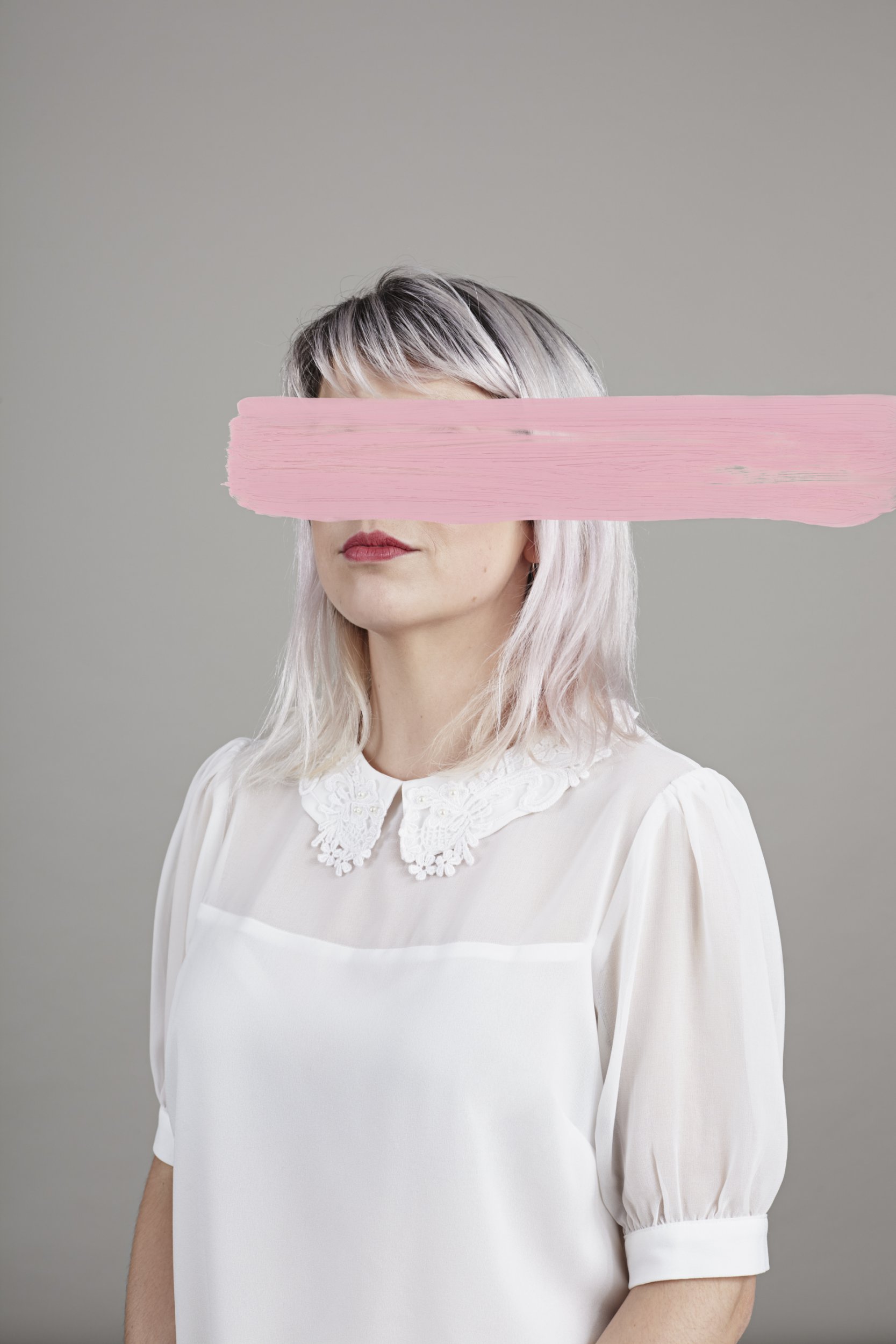 Twelve years ago, Helen* started being stalked by a stranger. The stalker, with whom she shared a mutual acquaintance, would lurk in local spots that she visited, use the internet to monitor her every move, and even committed criminal damage to Helen’s home.

As a result of the stalking Helen developed anxiety, elevated blood pressure, constant feelings of fear, as well as PTSD, which she required therapy to treat. The ordeal lasted more than nine years and during that time Helen says she spent around £225,000 on mental health support, specialist solicitors, and protection, such as installing CCTV on her property. Today, her stalker is still free.

To this day, Helen, who is in her fifties, suffers with insomnia, social anxiety and “continually [worries] about how to get home”. She never sits in a café, restaurant or meeting room without being able to see the door.

“Imagine living your life without any freedom. Every decision you make has to consider your safety. You’re constantly thinking, ‘How do I keep myself from harm?’”

When she initially reported it to the police in 2010, they questioned the perpetrator and issued a warning but didn’t investigate further and asked Helen to collect evidence such as in-person sightings and damage to her property.

When Helen did so, she says “they refused to accept [the evidence]” and had already closed her case without an explanation. So, Helen hired solicitors. “After nine months of back and forth with the police, who continued to victim-shame and mock me, we gave up and pursued a civil injunction.”

On one occasion, Helen went to the police station with “a pile of evidence” of incidents and “the receptionist shoved it back at me and said ‘you’re not being stalked’,” she says.

Years later and after significant pressure, the police re-opened Helen’s case and the stalker was charged and arrested. The stalker plea-bargained and Helen was awarded a restraining order.

Once the civil trial also concluded, Helen was left with a civil injunction that she describes as leaving her “feeling cold” with horror and still scared for her safety. Helen believes the police “should be ashamed of how they handled my case and how long it went on. I could have been spared massive financial loss and emotional harm. I will never get those years back.”

On 25 November 2012, stalking became a specific offence in England and Wales for the first time. Two offences were introduced – stalking, with a maximum six-month sentence, and stalking involving a fear of violence or serious distress, carrying a maximum five years in prison. At the time, the Government said it hoped the specific stalking offences would provide clarity around stalking for the police, improve victims’ safety and bring perpetrators to justice.

Exactly a decade on and the Suzy Lamplugh Trust, a charity which supports stalking victims, has submitted a super-complaint against the police, which claims that the force are failing to understand and implement the stalking legislation appropriately, leaving victims unprotected.

The complaint, submitted on behalf of the National Stalking Consortium, says many officers are failing to identify stalking behaviours as a course of conduct, failing to adequately investigate the crime, and failing to appropriately protect victims.

The statistics speak for themselves: reports of stalking have been steadily rising over the past decade. More than 80,000 stalking offences were recorded by police in England and Wales in 2020, up from 27,156 offences in 2019 (there was also a change in how crimes are recorded between these two dates).

Freedom of Information requests submitted last year found that arrests haven’t risen in line with the growing number of stalking incidents reported and only rose at half the rate of the rise in offences between 2019 and 2020. Only 5 per cent of reported cases will go on to be charged by the Crown Prosecution Service (CPS), meaning victims – around 80 per cent of whom are women – remain at risk and often feel let down by the criminal justice system.

A spate of recent high-profile cases have also reignited criticisms that the UK is failing victims. Earlier this month, the Victim Commissioner of London, Claire Waxman, saw her stalker sentenced to just 16 months in prison after terrorising her for 20 years, prompting Waxman to call for a review of stalking legislation.

In September, Alex Belfield, who was found guilty of stalking four people, including broadcaster Jeremy Vine, was jailed for five-and-a-half years, but the Government’s most senior legal advisers have since said the sentence could have been longer. And back in January, serial cyberstalker Matthew Hardy, who harassed at least 62 women and was arrested 10 times over an 11-year period, was jailed for nine years. But by October his sentence had already been reduced by a year, after judges agreed the original sentence was too high. This year also saw a man who had stalked the broadcaster Emily Maitlis sentenced to eight years in jail after attempting to breach a restraining order for the 20th time, including attempting to send letters from inside HMP Nottingham.

Caroline*, 41, was in her thirties when a woman she met twice through work began stalking her online. When Caroline blocked her, she says the woman would find her on another platform or send emails from new addresses.

“With social media, a stalker can follow you everywhere. Although I only met this woman twice, she pervaded every part of my life”. Caroline stopped opening the post and was too scared to answer the phone or read emails.

The stalker also sent false allegations about Caroline to her employer and media outlets, which changed the course of her life. She had to leave her job, move away from London and change her name.

Caroline ended up in hospital and tried to take her own life three times, which she attributes to the stalking. “I stopped speaking to people I’d known for years because I didn’t trust anyone. I wouldn’t leave the house without my mum.”

She also does not feel the police sufficiently protected her. While she had “a continual back and forth” with the force, she eventually concluded that “they weren’t going to do anything” because the stalking was mostly taking place online.

“Police don’t take anything online seriously and I’m sure most problems people are having with stalkers these days are online. But their view is, there’s nothing we can do about it. If you’re stalked, you’re on your own,” she says. (These days, 100 per cent of cases that come through the Suzy Lamplugh Trust’s stalking service, the National Stalking Helpline, have an online element to them).

Saskia Garner, head of policy and campaigns at the Suzy Lamplugh Trust, tells i that one reason why stalkers aren’t being adequately punished is that, often, evidence presented by the police to the CPS “is inadequate in relation to getting a conviction”. “Victims say that they don’t feel the full impact of the [stalking] behaviour is being captured in that evidence.”

In addition, the police often treat stalking behaviour as isolated incidents rather than a bigger picture, says Garner. The Suzy Lamplugh Trust defines stalking as “a pattern of fixated and obsessive behaviour which is repeated, persistent, intrusive and causes fear of violence or engenders alarm and distress in the victim”.

Helen believes the police treated her situation as a series of “benign” isolated incidents, rather than an ongoing pattern of abuse. Valerie Wise, national domestic abuse lead at Victim Support, says investigators and prosecutors often struggle with “joining the dots” in stalking cases.

“Support workers play a vital role in advocating for the victim and pointing this [pattern of behaviour] out. There are a variety of reasons for this. For example, incidents may happen in different areas and involve multiple police officers, meaning communication between forces is challenging.”

Another area of concern is the lack of specialist stalking training within the police, says Garner: “We appreciate the police work across a huge range of crimes, but we cannot ignore what victims are telling us – they feel that, in some cases, they’re being put at risk because the full spectrum of behaviours isn’t being reported or evidence gathered, and therefore the risk is not being managed appropriately.”

Nor, they say, is the risk of escalation taken seriously – 94 per cent of femicides in a study conducted by the Homicide Research Group at the University of Gloucestershire had stalking in their history.

Although many victims feel let down by failure to address the issue, the impact on their wellbeing can be far-reaching, having a devastating impact on mental health, psychological well being, social health and much more – in a Suzy Lamplugh study 91 per cent of victims experienced mental health issues after being stalked.

“Even when a perpetrator stops offending, the fear and anxiety can last for years, even decades,” says Ms Wise. “Many victims are forever living with the threat that their stalker could start stalking them again. This fear can feed into every aspect of their lives, from where they do their shopping, to how they travel to work, with victims often too afraid to leave the house alone.”

The law is still evolving: in 2020, Stalking Protection Orders (SPOs) were introduced to “allow courts in England and Wales to move quicker to ban stalkers from contacting victims or visiting their home, place of work or study.”

However, Garner says, on top of existing issues, the police aren’t using these orders correctly. “The whole point of an SPO is to get it in place while you’re gathering the evidence for the main conviction court hearing. But what we’re finding is that often the SPO hearing is heard on the same day, alongside the conviction hearing, because there are issues around the levels of evidence required.

“Officers aren’t realising they can put an interim SPO in place, which requires a bit less of an evidential threshold. That in itself has some protections for victims that could be in place while all this evidence is being gathered.”

So how could we begin to improve the way stalking cases are handled in the UK? “Both nationally and locally, we need to see more investment across the board – from dedicated specialist investigators within the police force to specialist independent stalking advocacy caseworkers, who are a primary contact for the victim, providing emotional support as well as practical advice,” says Wise. “All officers need to be trained in recognising stalking with every force providing the same information to victims.”

*Names have been changed to protect victims’ identities.