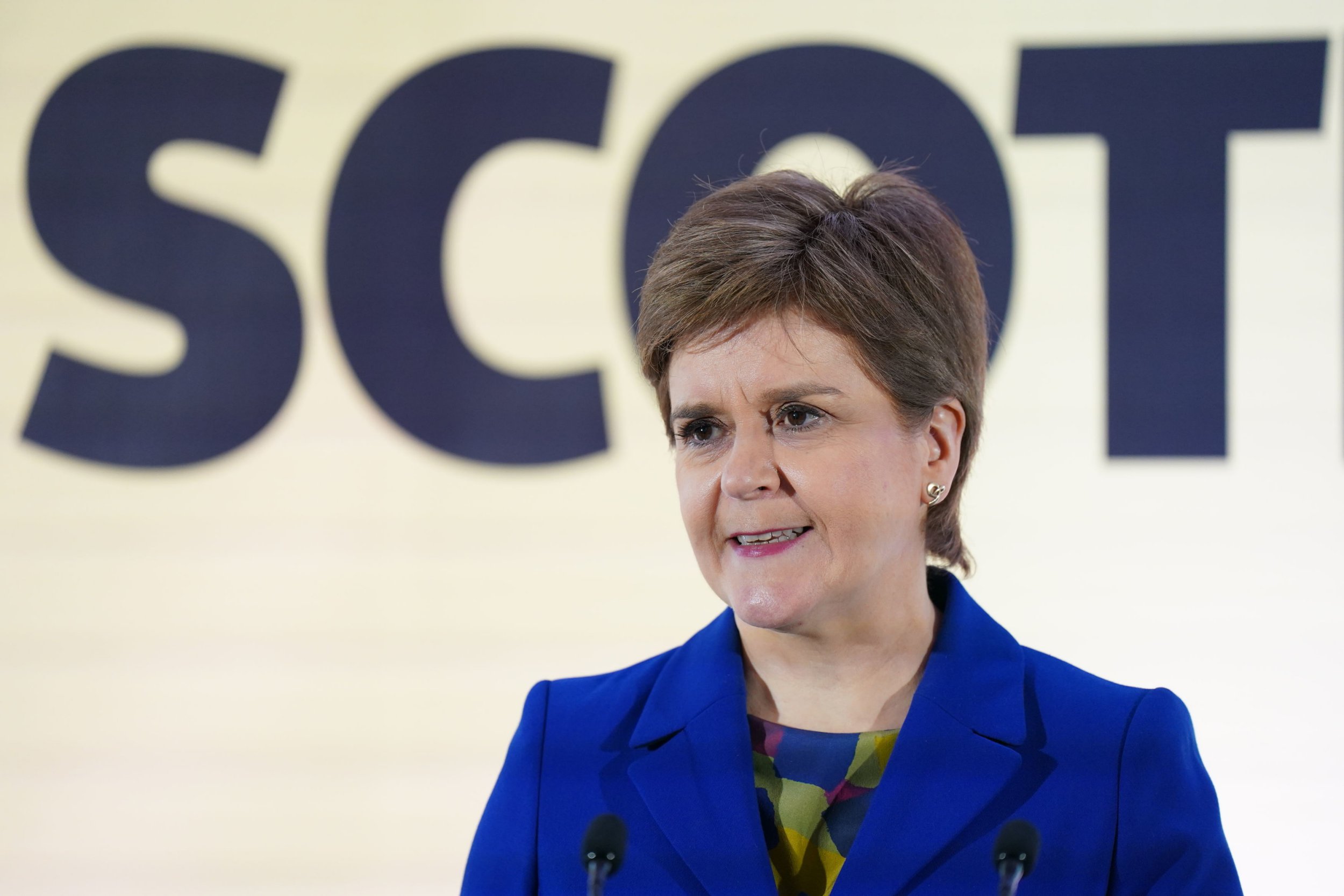 If anyone had any doubt that the Scottish National Party was a highly effective political operation, this past week confirmed that it can certainly still teach its rivals a thing or two.

Wednesday’s Supreme Court ruling, which confirmed that Nicola Sturgeon cannot lawfully hold another referendum on independence without the consent of the UK government, had been seen as a foregone conclusion by many. Indeed, the Scottish Government’s whole bid to test the legality of its plans to hold a new poll next October was always seen by critics as an elaborate, expensive PR stunt to keep up the momentum for its cause.

But Sturgeon still managed to seize and shape the narrative, using a live press conference to declare that this was an issue of democracy as much as it was about independence. And in Westminster, the SNP essentially seized control of proceedings as it cannily lined up seven of their MPs to ask Rishi Sunak about the issue in PMQs. It felt like a rolling tartan wave washing over the Commons.

Perhaps keen not to be painted as the man who still says “No” to another referendum, Sunak instead just called for greater co-operation between Edinburgh and London. With Liz Truss having boosted Sturgeon’s support by saying she was an “attention seeker” to “ignore”, that was perhaps wise.

Immediately after PMQs, the SNP also won an Urgent Question on the Supreme Court decision, offering yet another chance to pummel the Conservatives with clippable, social-media-friendly attack lines.

By the evening, amid a series of rallies across Scotland, Sturgeon was leading the evening news bulletins south and north of the border as she made her case that the next general election would now have to be a “de facto” referendum on her country’s place in the Union.

When the SNP is pressed on just what would qualify as a “mandate” for independence in a UK general election, it says that the details have yet to be worked out. Would it mean getting a vote share of more than 50 per cent in Scotland? Although the SNP and the Greens came close in Holyrood, that seems a high bar to set themselves in a Westminster election.

The SNP rightly point out that it has won eight successive elections in Scotland since it narrowly lost the 2014 referendum and still London says “No” to its call for indyref2.

Yet for all the impressive strength shown by Sturgeon’s party this week, Labour believes that her dream of independence may have seen its high water mark. And the reason is Keir Starmer’s huge lead in the national opinion polls, sparked by that extraordinary Kwasi Kwarteng mini-Budget and fuelled by weeks of total Tory chaos.

The loss of its Scottish heartland to the SNP has long been Labour’s Achilles heel in winning a Commons majority. The party won a massive 56 seats in 1997 and even in 2010 when Gordon Brown lost, it had 41. But the SNP’s skilful harnessing of discontent after the first independence referendum in 2014 led to the demolition of Labour’s Scottish vote.

Labour insiders believe they’re on course to increase their solitary seat in Scotland to possibly seven. They want to be competitive in 18 seats, and would count getting a dozen of those as a triumph. That’s a mark of just how far they’ve fallen, but those seats would all count towards a UK majority.

What’s crucial to Labour’s revival however is a sense, for the first time in 12 long years, that their leader is heading towards Downing Street.

One key insider tells me that the poll to watch is that which asks Scots who they think will be the next PM. And from just 7 per cent thinking Starmer would form a Government in 2020, that figure was recently 49 per cent. “That’s the game-changer for us,” they say. “Scots like to back a winner.”

“In 2015, 2017 and 2019, when we said Labour would form a government in London, people laughed at us on the doorstep,” one senior figure says. “Even I didn’t think we would win. But people are not laughing now. They know a Labour government is coming.”

A Tory-run Westminster that ignores the wishes of ordinary Scots has undeniably helped the SNP since it first won power in Holyrood in 2011 – and Boris Johnson was so unpopular he was a brilliant recruiting serjeant for the nationalists.

Labour figures in Scotland also know that they have to still give Scots more in policy to persuade them things will be different. Simply offering more money buys into the SNP argument that Edinburgh might as well raise all its own money itself. But radical policies, like Starmer’s “Great British Energy” to create green jobs, are seen as the way forward.

Some in Sturgeon’s party admit that a Starmer government could dent their support, and believe the best message at the next election would be an SNP vote is a vote to “keep Labour honest” – in other words, in tune with Scotland’s left-wing, progressive beliefs.

Last week, Neale Lawson of the left group Compass was spotted in Westminster for a meeting with SNP MPs. There is a feeling that if a bloc of 40-plus SNP MPs could vote with left-wing Labour MPs, they could curb any Starmer legislation they don’t like. Anti-Brexit, pro-immigration, pro-trans rights, it could be an alliance that exposes Labour’s divisions too.

There’s also the double-edged sword for Labour that a growing number of senior civil service figures – and maybe even the Royal Family – believe that a Starmer government is the only way to save the United Kingdom.

I am told that many in Whitehall think another Tory victory, however improbable it currently seems, would make Sturgeon’s case for independence almost unstoppable. The difficulty for Labour is being seen as part of “the Establishment” blocking Scotland’s wishes – which is why it needs as many seats north of the border as possible.

Some Labour MPs in England even think that the party would be unwise to opt for more “devo max”, devolving more powers to the Scottish Parliament. They believe that would take the country so close to independence that many voters will say they want the real thing.

Unlike Ed Miliband, who was famously portrayed by the Tories as being in Alex Salmond’s pocket, Starmer has ruled out categorically any deals or coalitions with the SNP. He’s bound to say that the public’s real priority is to fix public services after more than a decade of Tory rule, yet his wording on an independence referendum will be watched closer than ever.

Ultimately, however, the only way in which the drive for independence will really be stopped is if Labour performs so well nationally that Scots think the issue is no longer a live one – and even think it’s worth a change of government in Holyrood too. But as long as Sturgeon is still standing, calls for the break up of the UK won’t go away anytime soon.