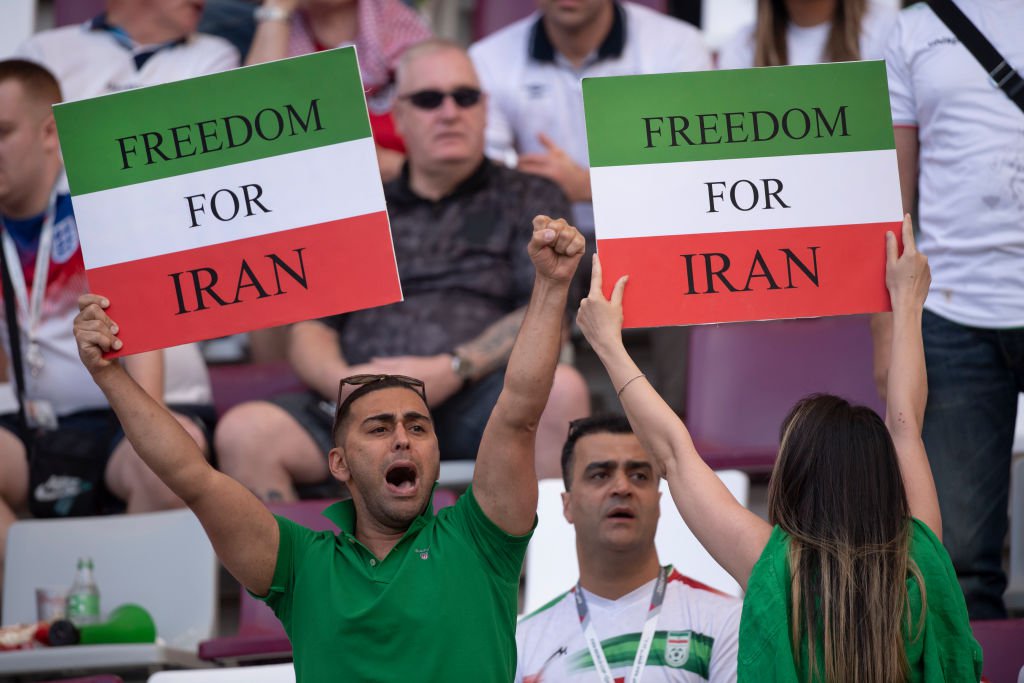 This Iranian regime is guilty of crimes against humanity. Hostage-taking is just the tip of it

This World Cup has produced mixed feelings in Nazanin’s and my house.

The last one felt for me a bit of an escape as the hope in England built, while we were in the midst of other battles. But four years on, this one feels different.

When Iran was drawn in England and Wales’ group, social media was full of references to the Nazanin Zaghari-Ratcliffe derby, people wondering where she would side on the Tebbit test.

In the end, neither of us could watch the whole game. Partly because the experience of being a political football between two states these past six years leaves a complex relationship to belonging, and an unsettled journey back to hope and home. But also because of something bigger than us. It felt too heavy emotionally, with all that is going on in Iran.

Generally, this World Cup feels different, more openly confronted by the injustices of the outside world, and more talk of human rights, even if some promises did not survive their commitment tests.

It seems particularly different for Iran. Over the past months Iranian protests have escalated into demands for the end of the regime. Fifteen thousand people have been arrested, including footballers, musicians and other public figures, and a variety of ordinary people.

The last couple of weeks has witnessed a new phase of brutality in their suppression. The case of Kian Pirfalak, who was shot dead last week, shows that nine-year-olds there have to worry about much more than refereeing errors.

As things escalated, there were calls by some in the diaspora for Iran games to be boycotted, as the Welsh Government decided to do.

Does this team represent the people of Iran? This week, many Iranians were supporting England against their government’s team. That team did not sing the national anthem on Monday. Yet beforehand they went to kiss the hands of the Government, which brought considerable criticism. Nonetheless, their families will worry for their fate when they go home.

Most Iranians want their injustice to be recognised, their regime to be seen for what it is. Iranians should be seen less as behind their football team, but rather through them.

For some of Nazanin’s friends, football seems a distraction, while all the violations continue. The Iranian authorities are masters of deflection, and getting people to look the other way, while intensifying their abuse in the darkness.

On Thursday there was a special session at the UN, which called for an investigation into Iran’s human rights abuses: the brutal suppression of protesters, particularly in Kurdish areas, the killing of protesters, the intimidation of their families, and their systemic impunity should not be allowed to pass while the world looks elsewhere.

For the session we submitted, alongside anti-torture charity REDRESS, a report which detailed the harrowing experiences of 26 victims of hostage-taking in Iran. Since Nazanin’s release there have been at least another 40 foreigners arrested, partly then to blame the protests on foreign plots, partly to use for leverage in international negotiations. The Nazanin playbook once more.

This Iranian regime is guilty of crimes against humanity. Hostage-taking is just the tip of it. What happens in the darkness in Iran is terrifying.

One of the greatest betrayals of Nazanin was the UK’s long refusal to acknowledge her abuse, or ever challenge Iran’s hostage-taking in order to keep space for other agendas. Glossing over criminal acts was always an enabler of impunity.

And impunity for criminal acts invites them to be repeated. There is a direct line between the tolerance of Iran’s hostage-taking, and its authorities feeling emboldened to abuse others less protected by the media’s glare.

Yesterday the world began to recognise this. The UN Human Rights Council decided to create a new fact-finding mission to investigate the latest human rights abuses in Iran. There is safety in sunlight.

Football is an escape, it gives us heroes to hold onto. But sometimes it is also a gateway, a prompt to notice another world, and see all that is going on. If the last six years taught me anything, it was never to underestimate the power of open ears and open eyes. It was not our campaigning that got Nazanin home this year, it was the people that saw it.

Their care moved governments. May it do so again.

Richard Ratcliffe is the husband of Nazanin Zaghari-Ratcliffe. He works as an accountant and lives in London