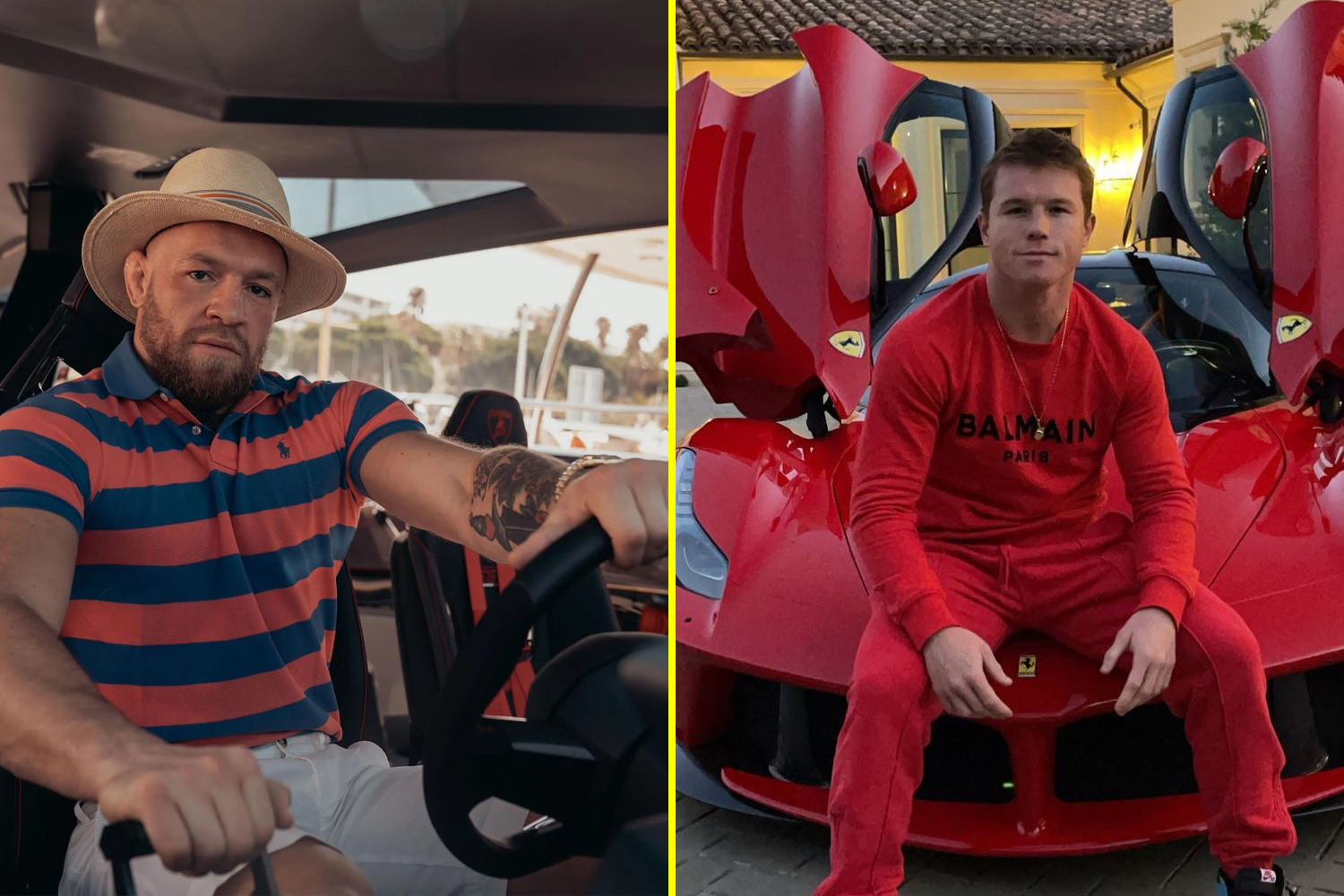 Conor McGregor earned substantially more than any other athlete per minute between May 2021 and May 2022.

The MMA superstar is currently injured but is almost back to full fitness after fracturing his tibia and fibula during his third fight with Dustin Poirier at UFC 264 in July 2021.

McGregor only fought for five minutes before the fight was waved off through injury, which was a devastating blow.

That’s much more than Canelo Alvarez who placed second on OLBG’s 2022 list of ‘Fastest Earning Athletes’ for making $85 million [£70M] for 61 minutes of fighting in the same period.

The Mexican boxing legend made $1,393,443 [£1.15M] for every minute he spent in the ring as he became the undisputed super-middleweight champion by stopping Billy Joe Saunders and Caleb Plant in successive fights.

Tyson Fury completes the top three earning just over $1M for every minute of fighting.

The Gypsy King had two fights worth a combined $60million [£49.5M] during the time range, as he knocked out Deontay Wilder and Dillian Whyte to defend his WBC heavyweight title.

Jake Paul made half that amount as he banked $30million [£24.7M] and beat former UFC champion Tyron Woodley in back-to-back fights in 2021 to add legitimacy to his boxing record.

‘The Problem Child’ made $681,000 [£562,000] every minute and earned $1m every 88 seconds he spent in the ring which means he completes the top four that is unsurprisingly made up of fighters.

The rest of the top ten is filled by NFL players, while football stars such as Neymar, Lionel Messi, and Cristiano Ronaldo miss out entirely despite the fact they all earned more than McGregor who topped the list.

Neymar earned $1m for every 33 minutes of football, while it took Messi five minutes longer and Ronaldo almost an hour. But they won’t care after taking home a combined $205million [£169M] for the year.