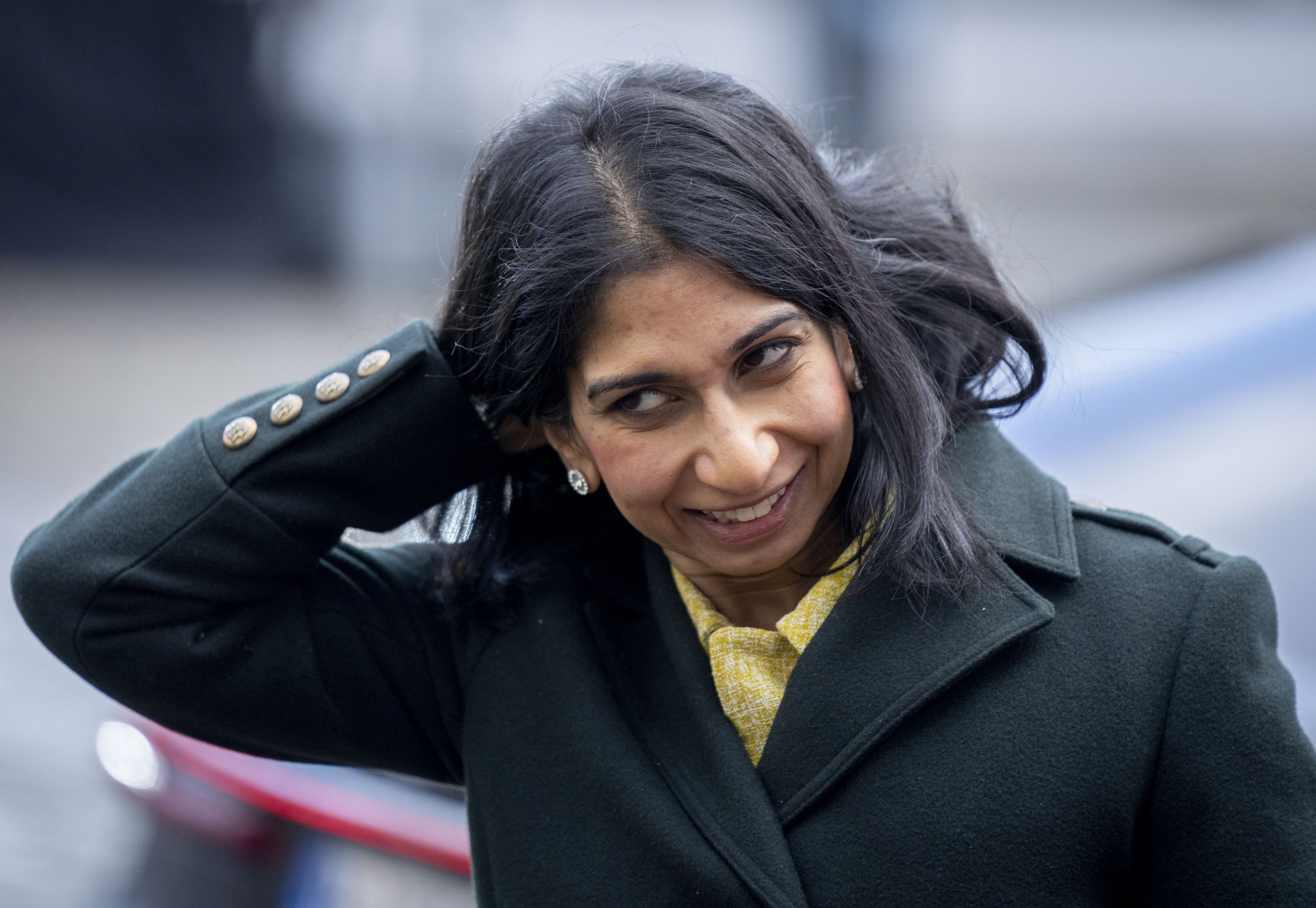 This is Ian Dunt’s Week, a subscriber-only newsletter from i. If you’d like to get this direct to your inbox, every single week, you can sign up here.

Afternoon. Let’s take another journey on the idiot carousel. Yes, I feel dizzy too. Yes, I also want to get off. But we can’t. We’re all trapped here, in the place where the laughter long ago turned to screaming.

You can always trust them to come up with the stupidest possible idea and by god they’ve done it again. The latest act of national hara-kiri from the Government involves a crackdown on foreign students. They’ll either be barred from applying to top universities or face new restrictions on bringing dependents with them. Or perhaps both. Shit, why not? Throw the kitchen sink at it. And then find some other isolated areas of policy success that we can sabotage.

The Home Secretary thinks we need “a more discerning, smart approach to the number of student visas”. The Prime Minister says “all options” are on the table. The immigration figures came out yesterday, you see, and they were pretty high. That’s largely because of schemes to help those from Ukraine, Hong Kong and Afghanistan, but also because of lots of foreign students arriving. A record high of 476,000 came in the year to September.

Foreign students are one of the last groups you would target with extra immigration restrictions. Don’t even bother considering the moral aspect. Just as a public relations exercise it’s completely counter-productive. The public don’t consider foreign students immigrants and are surprised when they find out they’re even included in the immigration figures. According to researchers, they typically react with “surprise and even bafflement” when they’re told that they are.

Indeed, the Government feels the same way. The high student numbers which apparently so horrified ministers are the result of a concerted strategy by the Department for Education and the Department for International Trade. They aim to increase the value of Britain’s education exports to £35bn per year and the number of international students hosted in the UK to at least 600,000 per year by 2030.

Yes, that’s right. The numbers which have so startled ministers are the numbers they have literally been aiming to achieve. All of which leads us back to the primary political question of the post-2016 era: idiot or liar? Are they so foolish they don’t know about their own target, or so deceptive they’re prepared to pretend it doesn’t exist?

A win – in every possible way

“The internationalisation of education is vital,” the Government’s official International Education Strategy reads. “It will support the recovery and growth of this sector as well as help realise the many economic benefits that education exports bring to the UK. The networks created help the UK forge lasting relationships with countries around the world and strengthen our Global Britain agenda.”

Existing data suggests international students contribute nearly £30bn annually to the UK economy. Typically speaking, they leave after the end of their study – 61 per cent of non-EU students do so. Others will use the routes provided by the Government to seek work in the UK after they finish their course. Graduates get two years, PhD students get three. And if they find that work, they will contribute even more to the economy.

Consider for a moment who this person is. They were educated somewhere else, so the UK did not pay for that. They take a degree in a British institution, which can charge very high fees for doing so, boosting the domestic economy and the institution itself. They are therefore likely to be wealthy, highly educated and have a warm view of the country in which they’ve now spent their formative university years. And now they are going to become a taxpayer. It’s a win, in every possible way, from every possible angle. The kind of thing confident, successful, open countries celebrate.

Frowns in the rain

Except the Government doesn’t want us to be that country. It wants us to be the other one. You know the one. The one which frowns in the rain. The one hooked on the anti-immigration drug. And that is the approach which this Government feels the need to adopt.

The current plan is apparently to bar foreign students unless they have a place in a UK university. This is supposed to somehow be in the national interest. What it would actually do is funnel foreign students into all the best ones at the expense of British students.

The other plan is to limit dependency rights. But of course, that is simply a way of blocking off foreign students altogether. Precious few are going to be willing to study abroad for three years if they cannot bring their partner or children. And this isn’t happening in isolation. Other countries will provide more generous terms and they will go there. The Government’s 2030 target will not be met. UK education exports will fall. We will become poorer. As Tony Danker, head of the Confederation of British Industry (CBI), said recently: “People are arguing against immigration but it’s the only thing that’s increased the potential growth of our economy since March.”

Inward-looking on the world stage

We’re currently in a state of abject economic decline. We sabotaged our trading relationship with our largest partner to end free movement. We’ve created labour shortages so severe that our material life has been significantly damaged. We’ve made ourselves look cold and inward-looking on the world stage.

And all for what? To be tough on immigration. So now here it comes again. Another round of national self-harm. Another abysmal act of wretched short-sightedness. Another degradation in our status. All so we can prove how hard we are, while looking weaker and weaker all the time.

What to Watch This Weekend: The Bear

So look, what I’ve learned from watching TV is that working in a restaurant is fucking horrible. This follows hot on the heels of the brilliant British film Boiling Point, and has a similar tempo and attitude, even if it’s on the Disney channel and set in Chicago. In both cases, it made me extremely happy that I did not go into hospitality. The Bear is insanely watchable. I was gripped within minutes. But underneath the brutality, the hard-edged humour and the pressure, there is an unmistakable kindness in there, and a really intuitive understanding of the place in which it’s set. Masterful stuff.

What to Listen to This Weekend: Bugzy Malone’s Grandest Game

I’m not going to pretend that this podcast is excellent, because it isn’t. There’s something a bit too hyped and mock-enthusiastic about it, as well as a feeling that, despite the length, it provides a fairly superficial assessment of its subject matter. But the thing is, I’m starved for explorations of how video games are made and received. So this seven-part series on Grand Theft Auto, one of the most loved and reviled video games on earth – including by myself, often simultaneously – has still provided some minor joy. Please Santa bring us more like this, but better.

What to Read This Weekend: Fierce Chemistry: A History of UK Drug Wars, by Harry Shapiro

This is how you do it. A hundred years of political, economic, legal and social history boiled down into a highly readable, witty, humane narrative. Shapiro’s topic is the UK war on drugs and he delivers in spades. Page upon page of fascinating glimpses into now forgotten British subculture. Packed with the most deranged stories about the strangest groups of eccentrics you’re ever likely to come across. All topped off with a judicious, thoughtful assessment of an area of supreme policy failure. Absolutely mandatory if you’re interested in the topic.

This is Ian Dunt’s Week, a subscriber-only newsletter from i. If you’d like to get this direct to your inbox, every single week, you can sign up here.