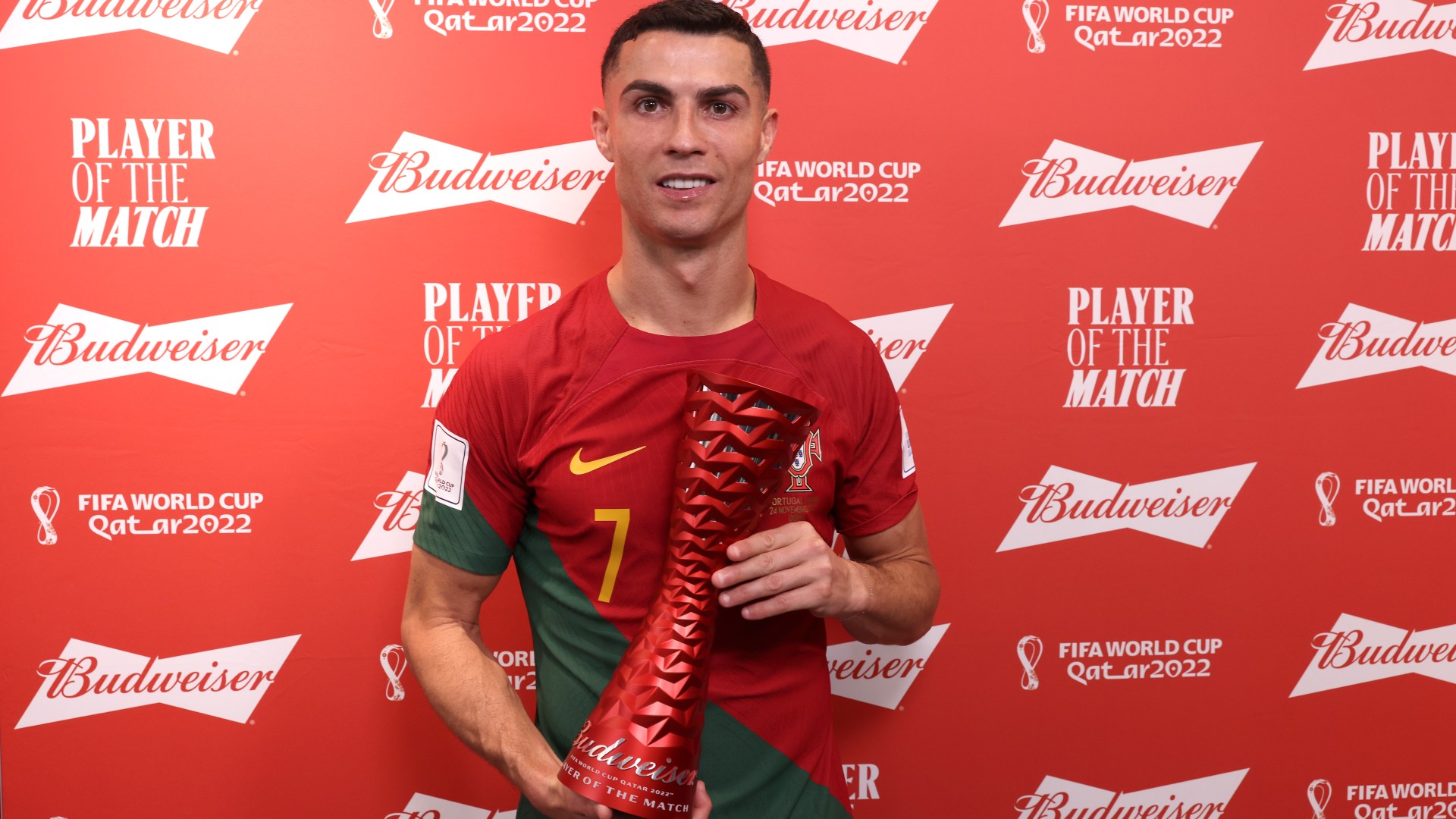 talkSPORT host Ally McCoist has leaped to the defence of Cristiano Ronaldo, claiming the Portugal star deserved the man-of-the-match award against Ghana.

The 37-year-old scored Portugal’s opening goal from the penalty spot, as his side secured a 3-2 victory over Ghana in their World Cup opener.

In doing so, it meant Ronaldo made history by becoming the first player to score at five different finals.

Ronaldo, who recently terminated his United contract by mutual consent, then did what he does best firing past goalkeeper

The five-time Ballon d’Or winner got his hands on the man-of-the-match award following his goal and performance on Thursday night.

It follows questionable decisions to give man-of-the-match awards to Gareth Bale and Kevin De Bruyne, with the Belgium talisman admitting he was confused by it after a sub-par display.

McCoist was quick to back Ronaldo after picking up the award post-match, but insisted others didn’t.

“The guy has just created a record that probably that will never ever be beaten again.

“Not in our lifetime I don’t think, it is just remarkable, we are talking about his fifth World Cup finals.

“I know his overall play, but that [his goal] has got to give him man of the match, it is incredible.

“If we can’t give it to somebody who has scored in his fifth World Cup, there is something wrong.”

Ronaldo will be keen to add to his record when Portugal take on Uruguay on Monday.