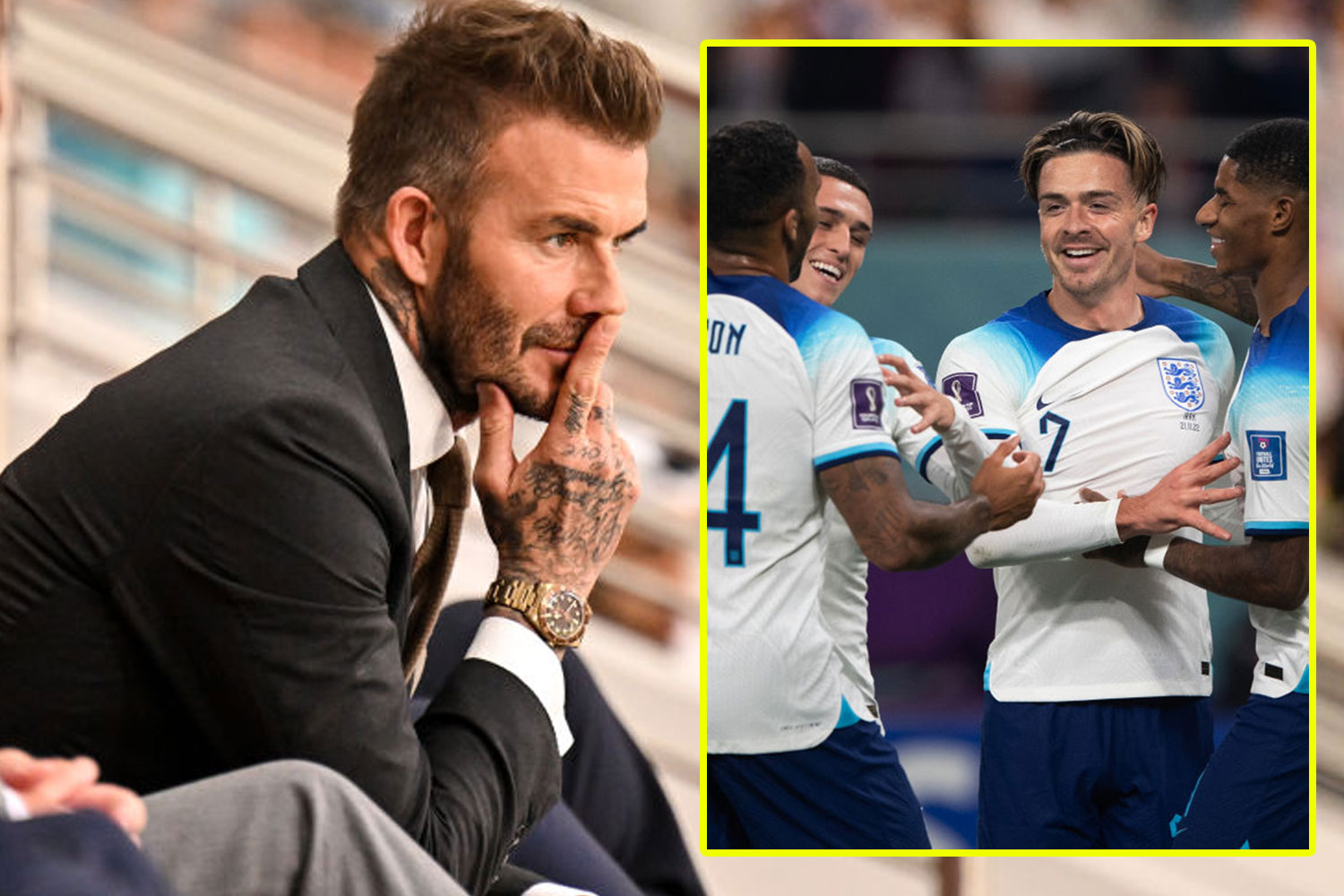 David Beckham believes England’s strength in depth could prove key at the World Cup and is feeling excited and confident about their prospects.

Speaking to talkSPORT’s Jim White in Qatar, the former England captain claimed having the likes of Manchester City pair Jack Grealish and Phil Foden on the bench ready to turn a game could prove crucial as the Three Lions look to progress in the tournament.

Gareth Southgate’s side kicked off their campaign with an impressive 6-2 victory over Iran, and Beckham is anticipating another strong showing against USA on Friday night in their second Group B game.

Beckham, who won 115 caps for England and played in three World Cups, declared he is ‘really excited’ by the current crop.

“The England team are in good shape,” he said.

“We had a great start to the tournament and the lads are feeling good, they are looking good.

“The atmosphere is great between them all and the fans are feeling that so fans are reacting to that. The excitement will now be building towards this game tonight.”

It’s well documented that England haven’t won a major tournament since 1966, but they are getting closer having reached the semi-finals of the last World Cup and the final of Euro 2020.

“When you see Jack [Grealish] and when you see Phil [Foden] come off the bench, those things are important in a tournament like this and I am excited about tonight.”

England vs USA is live on talkSPORT on Friday night (kick-off 7pm) as we bring you wall-to-wall coverage of the 2022 World Cup. You can tune in to talkSPORT and talkSPORT 2 via our free online streaming service at talkSPORT.com. You can also listen via the talkSPORT app.