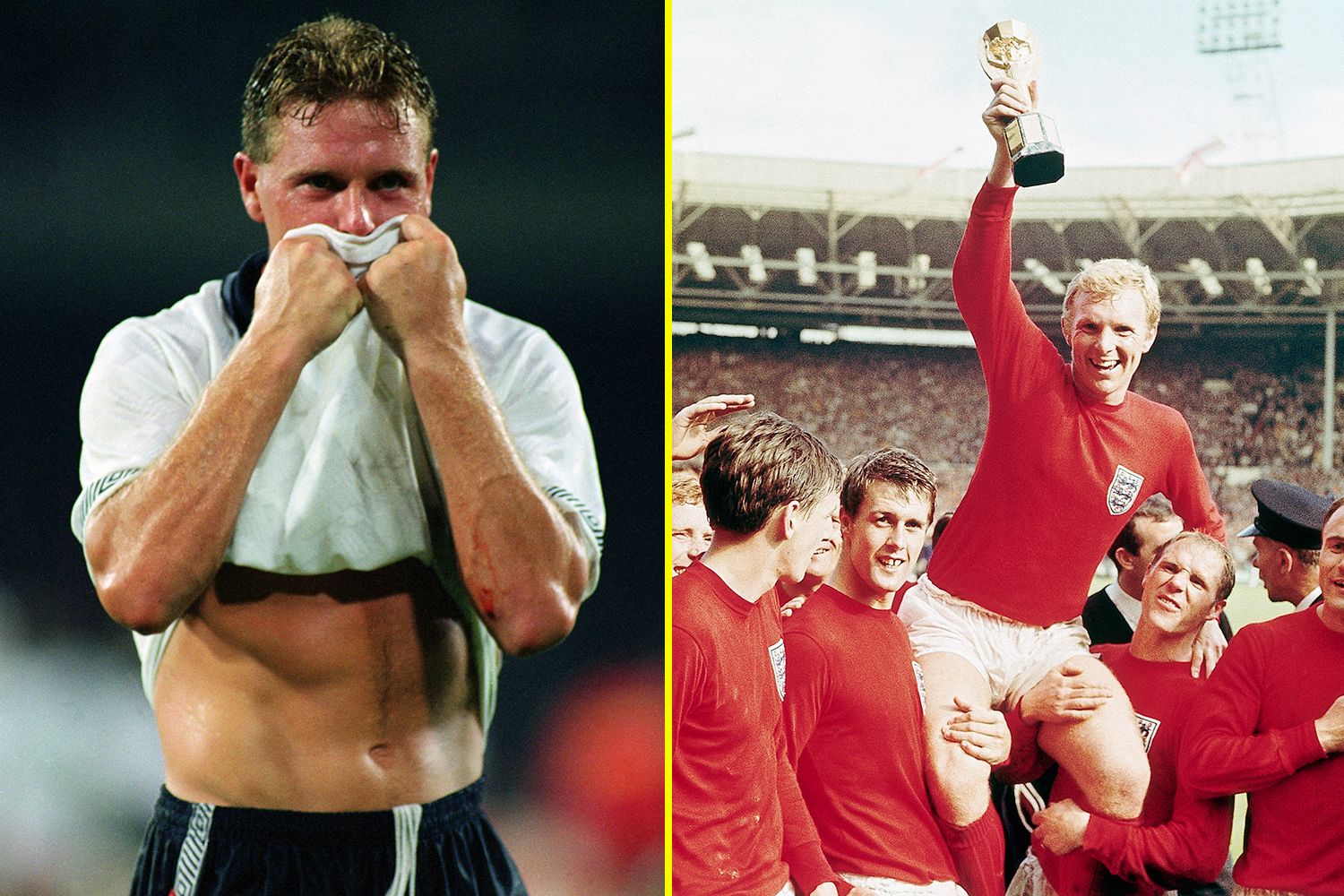 England are gunning for World Cup glory and their new kit was on show against Iran in their opening game of the 2022 tournament in Qatar.

The home kit has split fan opinion but it seemed to bring the Three Lions luck as they got their campaign off to a record-breaking start with a 6-2 victory.

The away strip, meanwhile, has whetted the appetite of the more nostalgic supporters and will get a run out soon.

But in truth, neither kit is likely to prove too memorable unless Harry Kane becomes only the second ever England captain to lift the World Cup.

The Three Lions have had some truly iconic shirts in the past that have not always received the on-field performance they deserved.

With that in mind, talkSPORT.com ranks the top five…

To mark the tournament, Carling and Umbro have teamed up to create an epic new football shirt…

From November 20 to December 18, Carling will be giving away 40,000 Umbro X Carling football shirts in pubs across the country!

Look out for Score with Carling for your chance to win.

Full disclosure, I am already bending the rules here considering this design never actually featured in an official game.

But the powder blue kit was one of the two main hallmarks of England’s most popular World Cup song ‘World in Motion’ (Three Lions was a Euro 96 anthem before you start…).

Bernard Sumner’s signature look in the music video became so iconic that it almost stole the shine away from John Barnes’ expert rapping.

England’s performances at Italia 90′ coupled with the ever-lasting impact of New Order’s smash hit has made it a favourite of football fans and even music festival goers to this day.

Truly a crime that it was only worn once by England – a 1-0 win over Turkey during a European Championship qualifying game in 1991.

Dennis Wise scored the crucial goal on his senior international debut – his only ever strike for his country but what a kit to do it in!

Perhaps not as visually striking as the 90′ third kit but at least this one featured at a tournament so we have to be fair.

The home shirt for South Korea and Japan was among the worse in the archives – saved only by the nostalgia from that David Beckham free-kick against Greece.

But Becks also helped immortalise the away strip as well…and what’s better is this red look actually warranted the quality of the stars wearing it!

Beckham sported the kit while scoring the winner against Argentina in what was a redemption for the former England captain following his red card in the same fixture four years prior.

The most famous England World Cup kit of the 1980s is undoubtedly the 86′ edition that succumbed to both the best and worst of Diego Maradona.

Yet its predecessor is one that stands the test of time in terms of a fashion sense rather rather than a football one.

England only made it as far as the second group stage in their first World Cup for 12 years during the 1982 tournament in Spain.

Though Ron Greenwood’s men more than looked the part of winners in what was Admiral’s last ever kit for the Three Lions.

A classic V-neck with blue and red panels around the shoulders that sporting manufacturing companies have been trying to recreate the magic of in the years since.

On to the two kits that will be on every England fans list; starting with the most iconic Three Lions home strip of all time.

Umbro had already set the trend for how supporters should be dressing off the pitch with their third kit.

And now they were setting the benchmark for how the players on the pitch would be modelled for the three decades since.

A plain white shirt with a classic navy blue collar that evokes so many memories – from David Platt’s volley against Belgium to, of course, Paul Gascoigne’s tears.

A rare combination for England fans in which a brilliant design has been rewarded with one of only three semi-finals runs.

If you’ve read this far it’s only to confirm that this indeed was number one and it hardly needs explaining why.

Still the only England shirt to ever win a men’s major tournament, it’s the photo of Bobby Moore that every supporter has seen a thousand times.

Its ranking is definitely influenced by the performance of Sir Alf Ramsay wearing it with the classically simple red fit not a ground-breaking fashion achievement by any sense.

To mark the tournament, Carling and Umbro have teamed up to create an epic new football shirt… From November 20th to December 18th, Carling will be giving away 40,000 Umbro X Carling football shirts in pubs across the country. Look out for Score with Carling for your chance to win. Get your mates together and enjoy the match with Carling. Come on lads, bring it home!