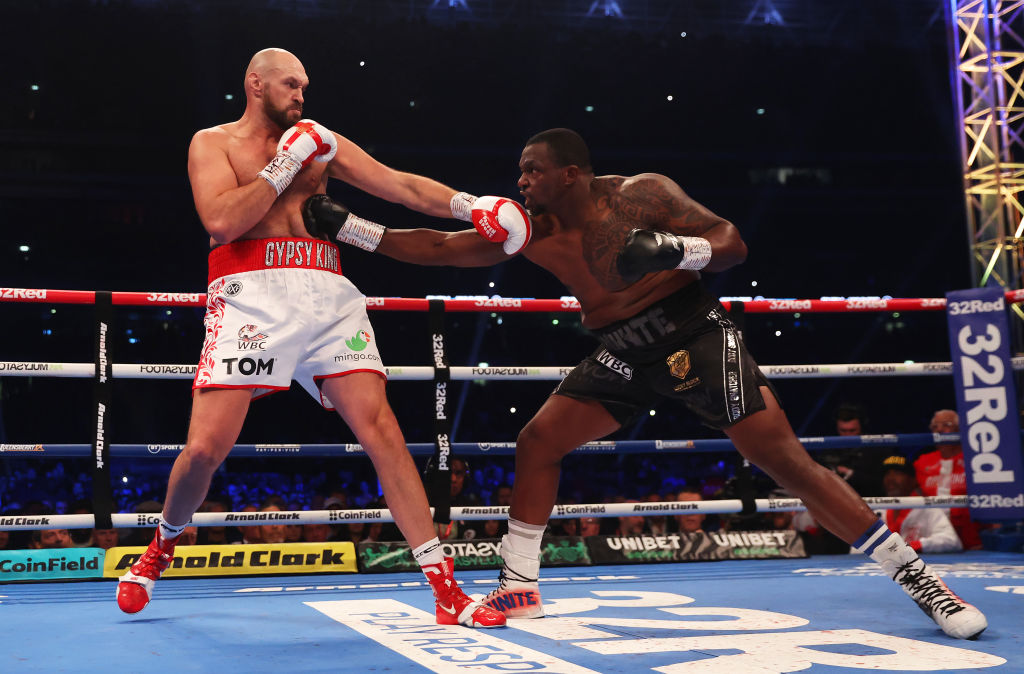 Dillian Whyte has insisted that he saw nothing special across the ring from him back in April when he lost to Tyson Fury.

The Body Snatcher was KOd by the Gypsy King in round six with a crushing uppercut which sent him crashing to the canvas… or did it?

While admitting he was buzzed by the punch, Whyte has maintained since the bout that he actually only fell backwards because of the push Fury gave him immediately after it landed.

He is adamant that this was an illegal move.

Reflecting on the defeat now, ahead of his return against Jermaine Franklin on Saturday night, Whyte is not changing his views.

Whyte told Betfred: “It was always going to be a difficult fight because he’s just so big.

“I got caught with a punch and he just pushed me over.”

At the weigh-in on Friday, Whyte and Franklin both arrived wearing their national teams’ football shirts ahead of the England vs USA World Cup match in the evening.

Franklin stepped onto the scales first.

Whyte then followed up.

They then faced off for the final time ahead of their fight.