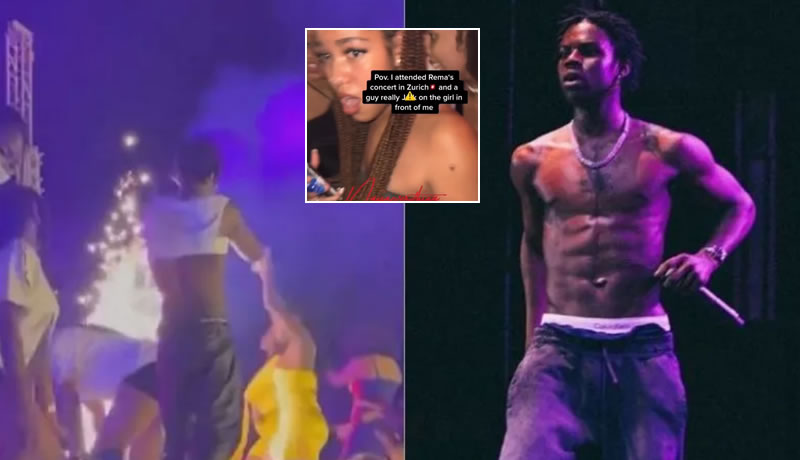 Mild drama occurred at the concert of the sensational music star, Divine Ikubor, popularly known as Rema after a man ejaculated on a lady in Zürich, Switzerland.

In the viral clip, the lady was described as a ‘little girl’ and some moments from the incident were also captured.

The dude obviously fled after the act as he was nowhere to be found when a search commenced.

The identity of the lad was also made public as the video urged anyone that knows him to leave a comment below.

The caption on the video reads:

“Pov. I attended Rema’s concert in Zurich and a guy really j*rk on the girl in front of me.”