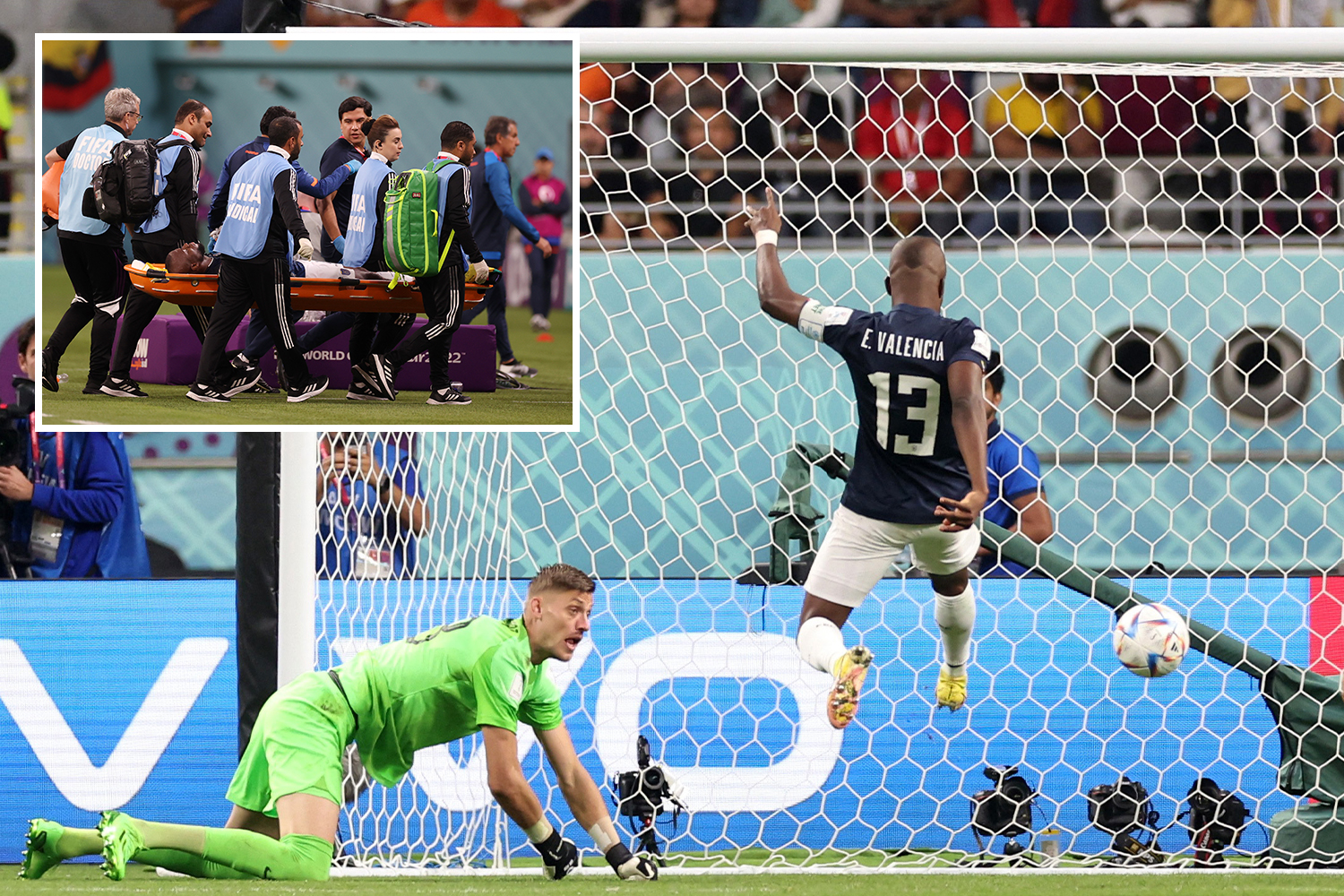 Enner Valencia made World Cup history with his equaliser against Netherlands to earn Ecuador a well-earned point.

The ex-West Ham striker has now scored his country’s last six goals at the global tournament stretching back to 2014.

Fenerbahce ace Valencia fired in three goals at the 2014 World Cup as his country failed to get out of the group stage.

Ecuador then missed out on qualification for the next edition in Russia, but Valencia made his mark in their opener against hosts Qatar on Sunday in the 2-0 win.

His double secured victory for Gustavo Alfaro’s men, and he followed that up with another strike against the Netherlands in the 49th minute.

Cody Gakpo had broke the deadlock with a stunner early on, before Valencia tapped home from close range.

The 33-year-old reacted quickest inside the box after Pervis Estupinan’s effort was parried out by Andries Noppert.

His strike means he has scored Ecuador’s last six goals at the World Cup, and he is also the current top scorer in Qatar.

In doing so, he becomes the first player to score as many consecutives strikes for a South American nation.

Former Hammers striker Dean Ashton was full of praise for the centre-forward for being in the right place at the right time.

Speaking on commentary for talkSPORT, he said: “The World Cup specialist Enner Valencia has the simplest of tasks at tapping in.”

However, there will be fears around Valencia’s fitness at the tournament having left the pitch on a stretcher in the 89th minute.

Just like in the clash against Qatar, Valencia was taken off injured, with the striker seen with an ice pack around his knee at the full-time whistle.

Ecuador were fully deserving of their equaliser after Estupinan had a strike ruled out for offside just before the break.

The Brighton full-back thumped home an effort from outside the box, but it was disallowed after Jackson Porozo was judged to have been impeding Noppert’s view.

Ecuador go into their final match in Group A in second spot, knowing a point would see them progress into the Round of 16.

As a result of Ecuador’s draw with the Netherlands, Qatar have been dumped out having lost both group games.