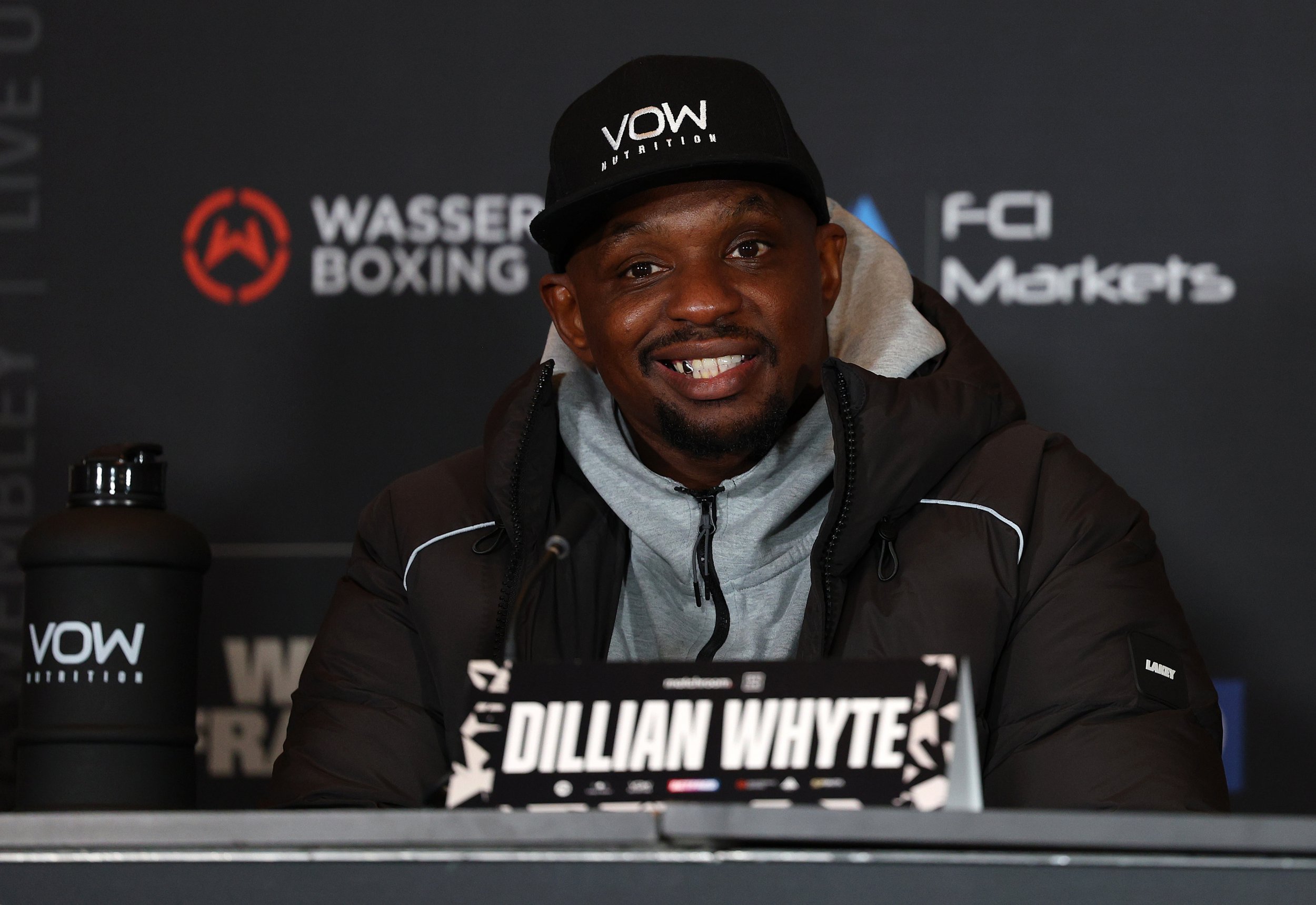 “Boxing Tonight” is i‘s weekly look ahead to the Saturday night action in the UK and beyond, with the details on how to watch and what to look out for. For exclusive interviews and boxing news straight to your inbox, sign up for our weekly newsletter here

In the shadow of Wembley Stadium, 500 yards from the spot his heavyweight world title dream was crushed by Tyson Fury, Dillian Whyte’s return against Jermaine Franklin has been typically understated.

Before April’s fight, he refused to do press, failing to turn up to press conferences and keeping such a low profile that Fury eventually resorted to mocking him via an “invisible man” routine, talking to the empty space where he should have been and taunting his picture on advertising posters.

On that occasion, Whyte was unhappy with the purse split, still over £5m but considerably shy of the WBC champion’s. That was why he would not go above and beyond to promote a fight which he knew sold itself. Let Fury do the entertaining, while he would stick to boxing.

The trouble was, when the night came, Fury ended up doing both. Whyte never found his reach, so his power was effectively null and void. For all his talk of an “illegal” knockout, alleging there was a push in the extended arm that nudged him to the canvas, he had not been mobile enough and had Fury not ended it then and there, he would probably have continued to be danced around. The long-awaited title shot, so many years in the making, was over.

At 34, it is difficult to see how such a chance will come again, though Whyte is refusing to concede total defeat. Heavyweight politics robbed him of his moment in the sun for years, but he remains in the top handful of contenders.

“I definitely want to become heavyweight champion of the world and I’d love to get the opportunity to avenge my two losses [against Fury and Anthony Joshua],” he said this week. Even Fury, after defending his belt in the spring, predicted that Whyte will be champion one day, and called him “as strong as a bull”.

A more flattering analogy than the one used by Franklin’s trainer, Jesse Addison, who likened him to a “wounded lion wandering the jungle”.

“The healthy lions are going to destroy him,” Addison said. “He’s been knocked out two times out of his last three fights (the other coming against Alexander Povetkin, a result he later avenged)”.

Whyte’s response was typically dismissive: “I don’t give a f**k if you’re a pensioner, I’ll smack the shit out of you if you keep talking.” Franklin is probably in danger of the same fate. A record of 21-0, with 14 KOs is slightly misleading, a journeyman in terms of who he’s actually fought.

It makes it hard to buy Franklin’s promises that he will fight Anthony Joshua next. Whyte and AJ really would be a serious prospect, and one that suits both men. An all-British big-ticket-seller, a chance for both heavyweights to stay relevant while on the ropes, and to demonstrate they should still be in the mix for another mandatory challenge before it is too late.

“Boxing Tonight” is i‘s weekly look ahead to Saturday night’s fights – and it’s now a free weekly newsletter. Every week, we’ll be talking about the biggest fights in the UK, US and beyond, with exclusive interviews and analysis from i‘s boxing writers.

You can sign up here to receive it straight to your inbox on Saturday mornings.

What a champion Josh Taylor was – but it feels like a clean break for the super-lightweight division as Regis Prograis and Jose Zepeda fight for the WBC belt he has vacated.

The Scotsman’s controversial title defence against Jack Catterall was still looming large, but Taylor has now decided to bow out primarily because he could not “commit to this so soon after getting married”.

Southpaw Prograis lost his WBA strap to Taylor in 2019 and is on a promising run after beating Belfast’s Tyrone McKenna in Dubai. Zepeda is a real test, however, having only ever been beaten by Jose Ramirez.

This is no. 1 vs no. 3 in the Ring rankings, and if it is half as good a fight as Taylor vs Catterall, then Carson USA will be in for a treat.