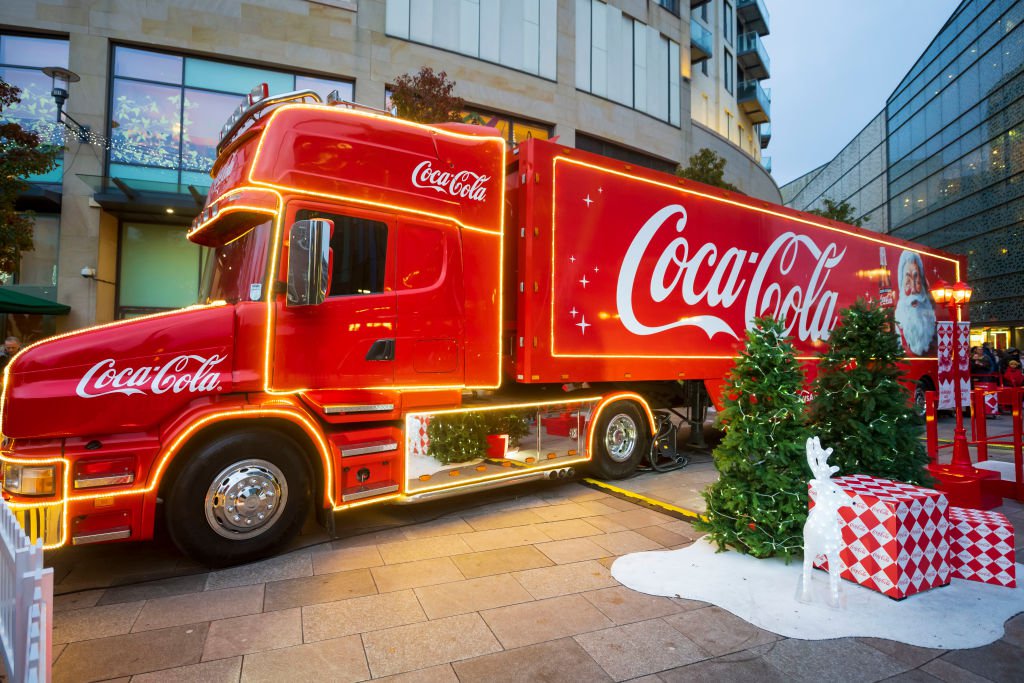 The famous Christmas truck has been in the public consciousness for more than 25 years.

Now, you can see the truck in the real life right here in the UK – here’s everything you need to know.

What is the Coca-Cola truck?

Only one of the nation’s favourite Christmas traditions.

When the first trucks were introduced in the late 90s, they weren’t even real – they were three custom-made 18-wheeler props.

Created by ad agency WB Doner, the “Christmas Caravan” featured the special effects of the renowned company Industrial Light and Magic, who had worked on the Star Wars movies, Raiders of the Lost Ark and Forrest Gump.

The famous advert’s trailer props were crafted into an endless caravan of Coke trucks, passing through hillsides, valleys and towns.

The adverts were extremely popular, and the brand continued with them over the next few years.

In 2001, the trucks became a reality, and went on a tour for the first time across America.

“Christmas is a family season, and that’s what the spirit of the ‘Caravan’ ads is,” Ted Ryan, Coca-Cola’s former chief archivist told the company.

“As soon as the physical trucks began to visit communities, it made the ads resonate a little bit more,” he said.

The truck tour made its debut in the UK in 2010 after proving popular in Germany and across Europe.

A spokesman said of the 2021 tour: “The Holidays are coming, and that means it’s time for the Coca‑Cola Christmas Truck Tour 2021.

“Here at Coca‑Cola, we know more than just about anyone that the Christmas Countdown officially starts with the very first sighting of the Coca‑Cola Christmas Truck – something that has become a tradition ever since it first appeared in Coca‑Cola’s famous ‘Holidays Are Coming’ advert.”

This year the, tour is putting a spotlight on local community, supporting FareShare, the UK’s biggest charity fighting hunger and food waste.

Every visit to the Coca‑Cola Christmas Truck will count towards supporting those experiencing food poverty. The theme for those attending is “Your Presence is Your Present”, and Coca‑Cola will donate the equivalent of up to 100,000 meals to those in need throughout the festive season.

Lindsay Boswell, CEO at FareShare, said: “We’re incredibly grateful for the support from Coca‑Cola. Their donation will help us get more good-to-eat surplus food to people across the UK most impacted by the cost of living crisis. We hope as many people visit the Coca‑Cola Truck Tour this Christmas so that we can get more food to people who need it during what are challenging times for many.”

The trucks will be accompanied by a market, and people can purchase Coca‑Cola Zero Sugar and Coca‑Cola Original Taste and have them personalised with their name or short phrase

When will it tour?

The confirmed dates so far are as follows:

In 2021, the truck also visited places such as Glasgow, Edinburgh, Liverpool and Gateshead. You can check here if dates have been updated.