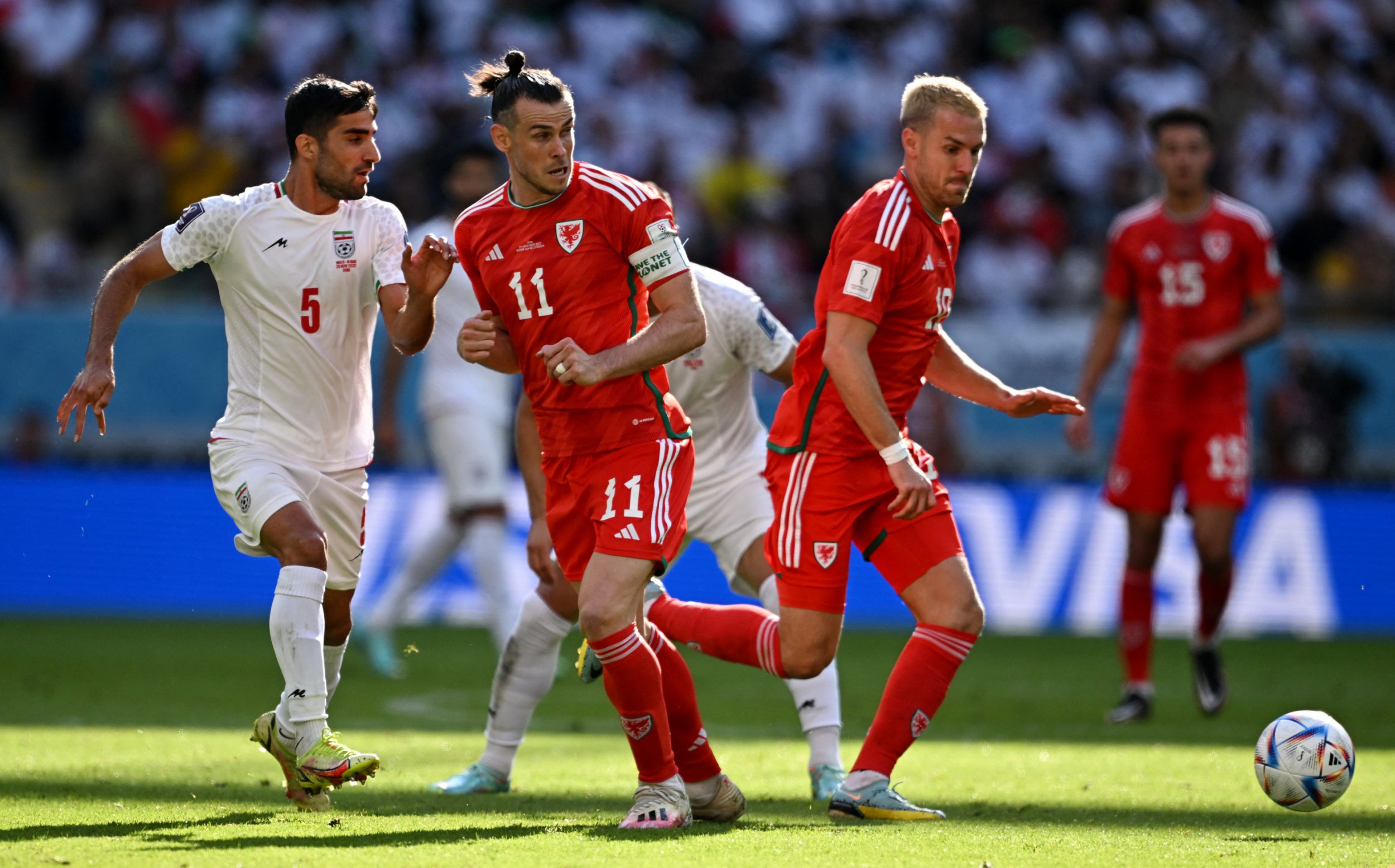 AHMED BIN ALI STADIUM — After 99 minutes, six Welsh players sank to their knees. They were broken, emotionally dismantled by their underperformance and gutted by the thought of wasted chances. They had fought so hard for qualification, and for what? A moment in history that lasted little longer than a moment.

After 101 minutes, five Iranian players sank to their knees, barely hearing the shrill rasps of the final whistle as three sides of the Ahmad bin Ali Stadium rejoiced en masse. They too were broken, emotionally dismantled by their overpeformance and left limp by the thought of second chances. They had been defeated so heavily against England, but so what? They have a moment in history that will last at least until they play the USA. Qualification is in their hands.

Sometimes, football, that daft little game that we get so angry and outraged and perplexed about, can be a little too much.

This was an afternoon of extraordinary emotion and socio-political ramifications. Iran’s players looked forcibly pained as they sang a national anthem that was booed and jeered by their supporters. Fans were displayed on the screen in tears, moved by the magnitude of the context in which their team is being asked to perform. Stick to football, some will tell you. Think again.

It made for an extraordinary atmosphere, the usual recipe of cheer and anticipation overpowered by angst, pathos, nerves and the emotional heft of the anthems. When Hen Wlad Fy Nhadau is your musical support act, prepare for goosebumps. The crowd attempted to chant and scream their way out of that affecting fog.

Wales are used to leaning upon underdog status as their fuel, a self-inspiring us-against-the-world-ism that provided the basis for so much improvement. It blended with fierce pride and the rise of healthy nationalism to create a mood that leaves the realm of intangibility.

Here, as the Red Wall gathered behind one goal with their bucket hats and stirring songbook, something different. Wales were not second favourites. “Try your best and nobody can ask more” was suddenly not quite good enough.

Perhaps they were spooked by that pressure. This squad have said so often that they are just happy to be at the World Cup that some might have begun to believe it, but not many. They knew too well to place ceilings on their expectations; 2016 taught them that. They came to win. Go home without one and they would always wonder if they had wasted their chance. England are their last chance.

The lingering resentment will be that Wales have not turned up in this tournament. There was precious little of the brio of qualifying. They wasted set pieces, misplaced passes, hit the first man with crosses and played balls just before or after the run had been made. They fought with customary desire only when they had been placed in an emergency situation by their own ineptitude.

Robert Page got things wrong, too. Off the pitch, his insinuation that Germany had lost against Germany because of their pre-match gesture was a gross misstep from a man who has got most things spot on – did Wales lose because Page was thinking so much about Germany thinking about “One Love” armbands?

On the pitch, even more of a mess. Aaron Ramsey was a fabulous footballer several years ago and his recent international form made starting him against Iran entirely permissible. But his lack of mobility forced Ramsey to stay high up the pitch and, with Ethan Ampadu deep, Wales operated with the lesser-spotted zero-man central midfield. Iran ran the game.

Gareth Bale was entirely ineffective, another 30-something who simply hasn’t looked fit; he too stayed on. That pair looked like a Euro 2016 tribute act with all the same ideas but with bodies that are no longer a viable framework for a dream to be weaved. When Page finally made changes, it was to take off Ampadu and not Ramsey. Cut to a defence having to push higher up the pitch to close the gaps, a long ball into the space catching them out and Wayne Hennessey committing a terrible foul.

The sorry irony is that Wales waited so long to qualify for a World Cup and then didn’t have a squad that could showcase the country’s best when they got there. That is a source of regret. When your country has been talked down to, your football supporters hardwired into thinking that better was impossible and both revitalised by a surge of pride in a team that reflected the people it represented, falling short is never easy to swallow.

But even the Red Wall can accept that Wales are not the only nation looking to show the best version of itself and inspire. Iran won a football match on Friday afternoon, but you try telling those in tears in the stands before the game and in tears on the pitch afterwards that the impact of 25 November can be measured in Group B points.

As Iran lapped the pitch, ten minutes after their victory was confirmed, the thousands of Wales supporters rose to give them a standing ovation and were thanked in return. Much has been said about the circumstances of this World Cup. Here at least was a moment of simple, pure humanity.