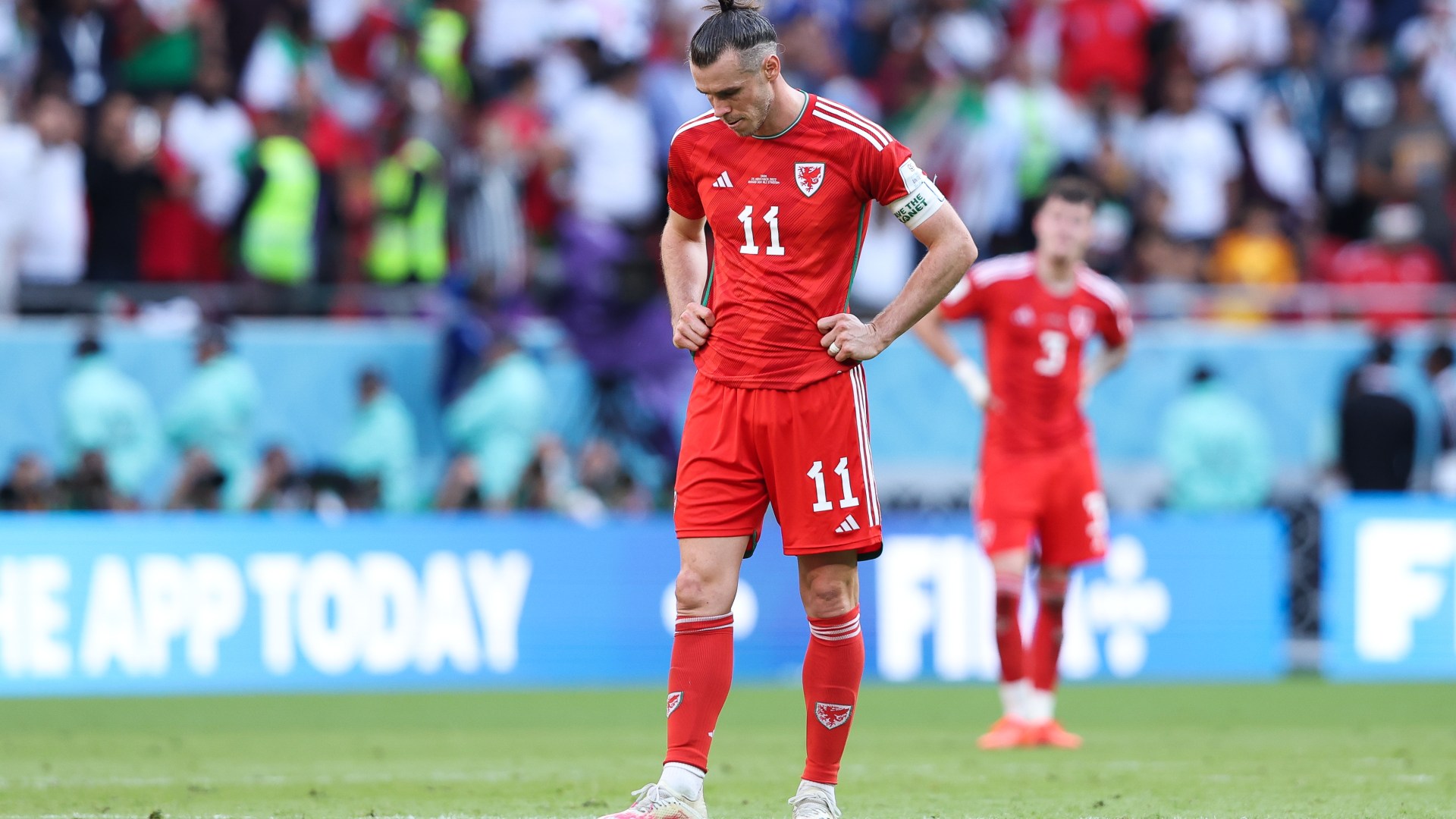 The Dragons’ first World Cup for 64 years looks set to end at the first hurdle, after Rob Page’s men suffered a 2-0 defeat on Friday morning.

Late goals by Rouzbeh Cheshmi and Ramin Rezaeian gave Iran only their third ever World Cup victory, and Wales their first loss of this campaign.

Page’s men were reduced to 10-men when goalkeeper Hennessey was given his marching orders for a foul on striker Mehdi Taremi, after missing an attempted clearance.

Initially shown a yellow card, following a VAR check after protests from the Iranian team, Guatemalan referee Mario Escobar then brandished a red.

Bale insisted the result was a difficult one to swallow, but they can’t blame anyone for the defeat.

“Obviously, down to ten men, we are still trying to score or keep it at 0-0,” he told talkSPORT.

“It is difficult the last ten minutes, everyone is tired flooding forward, it is difficult, and hard to take.

“All we can do is recover, look back at where it went wrong and try to improve and we go again.

“It is difficult when anybody goes down to ten men, especially in a World Cup against good teams.

“We were trying to stay on the front foot, and I think you saw with the changes bringing on Brennan [Johnson] and DJ [Dan James], it was to keep attacking and get the ball in the box.

“We wanted to try and win the game, but obviously going down to ten men, it is difficult, and we got punished in the end.”

The defeat leaves Wales at the bottom of Group B, ahead of their clash against table toppers England next Tuesday.

Bale and co must secure a hard-fought victory over England and hope the USA and Iran play out a draw, if they are to have any chance of progressing.

“Yeah, which is what we have to try and do. We have to recover and go again. It’s as simple as that.”

It is not impossible for Page’s men to qualify for the last 16, but based on how the teams have fared so far in Qatar, Wales’ first World Cup since 1958, it looks like it is in serious danger of ending.